‘Hello everybody!’ my son, Ben, waved through the car window on his first day at primary school.

But the school psychologist said, although he ‘had problems with attention’, Ben didn’t have ADHD.

Back then, I was pleased – it seemed good news Ben didn’t have a debilitating hidden illness.

But I gave him extra help learning to read at home and burst with pride when, age nine, Ben declared, ‘Mum, I’m now the best reader in the whole school.’ 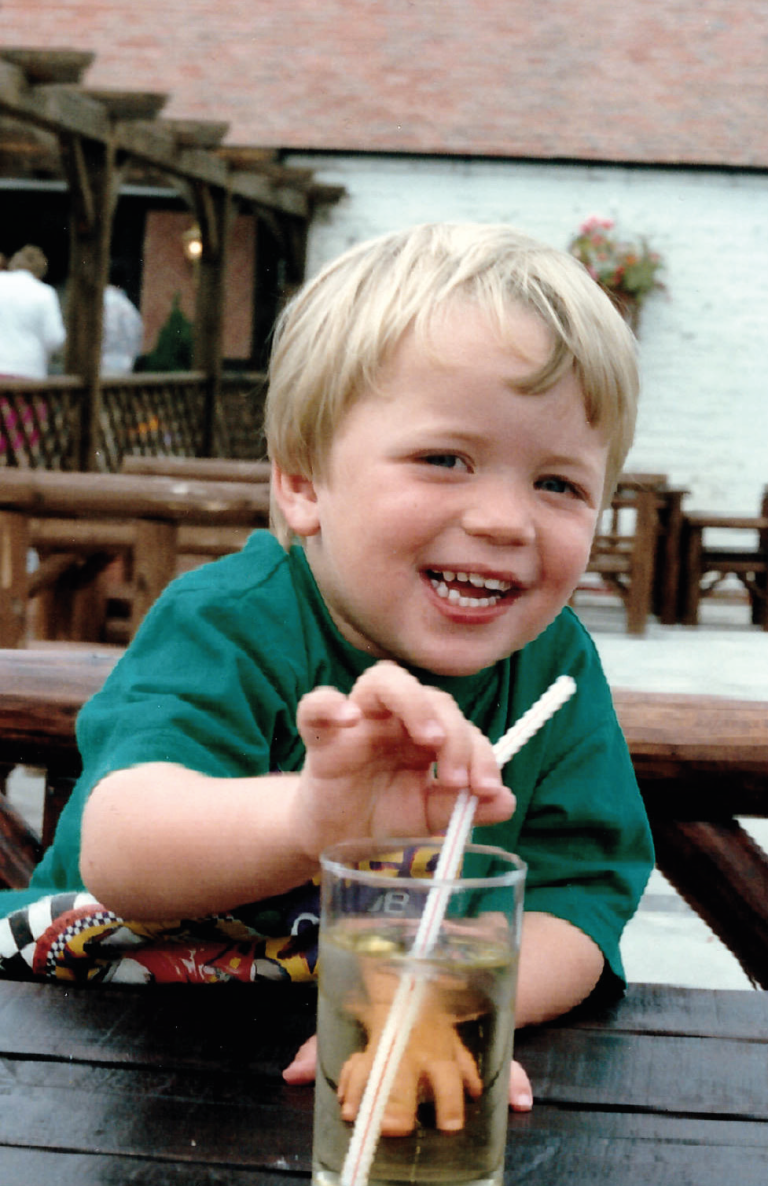 Such a happy, gregarious child but, soon, Ben had difficulty focusing in class (Picture: Jane Roberts)

Ben was well-behaved, confident and good at acting, but also suffered some bullying. I was relieved when he got into a local grammar for secondary school as the bully wasn’t going.

However, Ben struggled to meet teachers’ expectations. Pretending he had no homework, he began skipping school with ‘tummy ache’.

His father, Steve, and I were worried, but his teachers seemed to dismiss him as rebellious. We hoped it was just a phase.

Despite Ben’s apparent indifference, he was deeply disappointed when he received low grades for GCSEs.

Realising Ben cared about his studies – and that something was causing him to struggle – was our wake-up call: we urgently sought another ADHD assessment via his GP.

Months later, this still hadn’t happened so, to accelerate the diagnosis, we went private.

Ten years after being told otherwise, at 17, Ben was diagnosed with ADHD. The psychiatrist additionally recommended we get an educational psychologist’s report before Ben restarted sixth form.

With renewed enthusiasm Ben restarted sixth form, choosing maths and physics, and felt he was back on track.

Sadly this was short-lived. Ben tried various ADHD medications, but some dulled his enjoyment of life, others caused sleep and loss of appetite issues.

Ben also distrusted authority figures – fostered by years of teachers expecting too much of him – and he found the private therapist unhelpful.

Struggling, Ben didn’t complete his A levels. We tried persuading him to continue, but he refused.

Ben felt low and, worryingly, he began turning to drugs – initially cannabis, then ecstasy and ketamine.

When the restaurant where he’d worked as a chef part-time closed, Ben didn’t enjoy other cheffing jobs he found.

He began having mysterious pains in his chest. Ben thought it was his heart, but the GP only offered indigestion medicine.

‘I’m a failure,’ Ben confided, one day. I tried encouraging him as best I could and suggested he start a cookery course.

But Ben magnified everything that went wrong, always blaming himself – which I now know is a common ADHD trait.

Keeping going, he worked in factories to save up to go travelling but couldn’t say ‘no’ to overtime, so worked endless 70 hour weeks.

Exhausted and depressed, he was given antidepressants by the GP but he was also taking more illicit drugs. 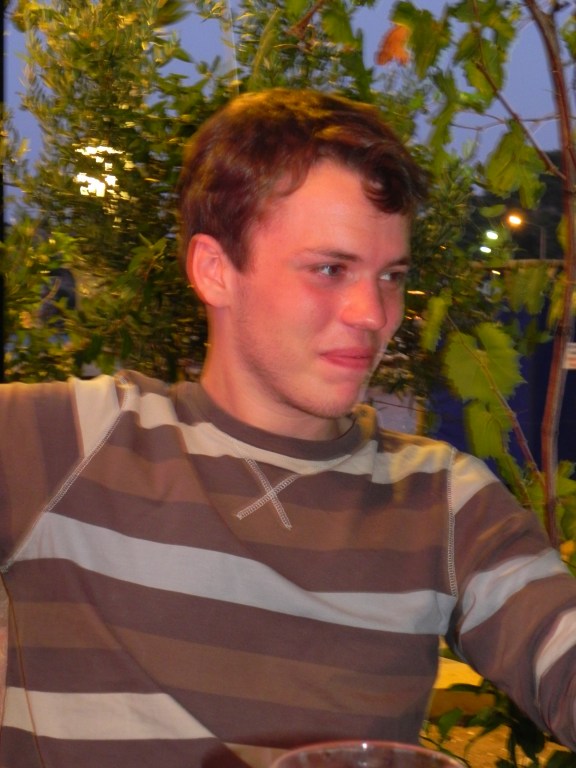 I want to warn all parents of ADHD children that they need to put emphasis on educating about drug misuse and the dangers of it (Picture: Jane Roberts)

We had to call paramedics several times, after finding him unconscious due to risky drug use – was then we discovered he’d escalated to taking heroin.

In February 2015, Ben had an accidental overdose and spent two days in a coma.

Steve and I were desperately worried, but whenever we tried talking about his drug problem Ben angrily asserted, ‘I know what I’m doing.’

Ben was determined to go travelling in Europe that July. I naively thought he wouldn’t have access to drugs. He had packed a legal psychedelic called Salvia Divinorum – which mimics the effects of LSD – to help him ‘find himself’.

A month later, he attempted suicide, which was deeply distressing.

Once discharged from hospital, Ben was delusional – begged us to help him end his life.

We tried talking positively, gave him love and support – but he kept bringing conversation back to suicide. He even accused us of unfairly denying him the right to choose to end his life.

One day, Ben confessed he was planning another suicide attempt. Terrified, we called the NHS Crisis team and Ben was sectioned.

Over seven weeks in hospital, Ben was prescribed antipsychotics, but no one attempted to address the underlying cause of his suicide attempt or drug abuse – his ADHD.

Ben saw a private psychologist, who convinced him illegal drugs were harmful and Ben committed to giving them up.

A year on, Ben started a furniture-making course in Devon – we were thrilled. Only, he didn’t complete it. His chest pains worsened, he got an infection in his foot, fell behind on studying, and lost confidence again.

Eventually, Ben moved back to Stroud in early 2020 and seemed settled. He found gardening work, got his own flat, had friends – even his first girlfriend.

Then lockdown hit and his gardening work stopped. Ben’s mood went downhill and he moved back into our home last August. 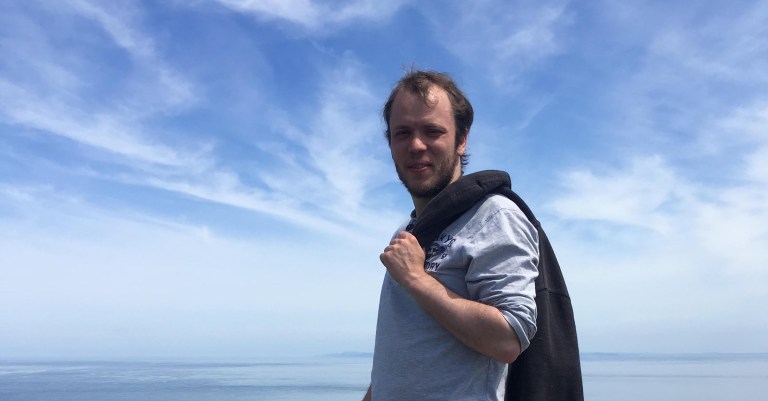 We had ups and downs. The chest pains were driving Ben mad and he grew reclusive, but, given lockdown, it was difficult to ascertain the cause.

Over Christmas, it was lovely, almost like old times. Ben watched films with us, helped make lunch and played charades.

I really thought things were looking up.

Then, at 7am on 27 December I went to offer Ben a cup of tea, when I noticed a piece of paper on the floor.

Reading it, I screamed for Steve.

‘I am long past saving and will be mostly a burden to you as long as I live,’ read Ben’s suicide note.

Numb with fear, I called 999 – paramedics told us it had been a quick and painless death.

We were devastated, in deep shock. Steve and I feared suicide but thought it wasn’t an immediate threat.

I’m horrified Ben felt a burden. Steve and I have gone over and over Ben’s final weeks, all that was said. But we’re coping, slowly; supporting each other.

Aged just 30, my precious boy’s gone. So far from the happy child I remember, excited to start school.

Since Ben’s death, I have discovered that about one in 20 people have ADHD but many go undiagnosed.

With a correct diagnosis aged seven, I’m convinced Ben’s life would have followed a different path.

ADHD children are extremely sensitive to criticism so it’s vital to diagnose early.

Experts have said that a 16 year old with ADHD’s equivalent to an 11-13 year old in maturity. Ben was regarded as lazy, told to ‘try harder’. This shattered his self-esteem and damaged his trust in authority.

In my opinion, the treatment offered isn’t enough. Medication is available but things like life skills coaching and specialist therapies are key to treating ADHD yet they often aren’t accessible on the NHS.

I have researched ADHD further, much more is known now. Substance misuse is common in young people with ADHD (one study found that over 50% of subjects with ADHD also have substance use disorder).

Steve and I did not know any of this when Ben was diagnosed at 17.

I want to warn all parents of ADHD children that they need to put emphasis on educating about drug misuse and the dangers of it.

Things can change if we take action – like donating to charities such as the ADHD Foundation who are doing valuable work. I’m sponsoring their Stroud Neurodiversity Project in Gloucestershire schools which aims to raise awareness and provide training to 500 parents of ADHD (or suspected ADHD) children as well as training 200 teachers.

Ben turned to drugs as a coping mechanism. He once said, ‘no-one understands me’. Sadly, he was right. I only wish understanding had come for him sooner.

I’ll always remember Ben as a kind, loving, imaginative person who should have had a wonderful life.

For more information on ADHD, you can contact the Attention Deficit Disorder Information and Support Service (ADDISS) here.

Metro.co.uk’s weekly The Truth Is… series seeks to explore anything and everything when it comes to life’s unspoken truths and long-held secrets. Contributors will challenge popular misconceptions on a topic close to their hearts, confess to a deeply personal secret, or reveal their wisdom from experience – good and bad – when it comes to romance or family relationships.