EXPERTS believe the country’s darkest days are over, as the R rate fell to its lowest since May.

It comes as Covid cases plummeted by a third in seven days, with one in 270 people in England infected last week. 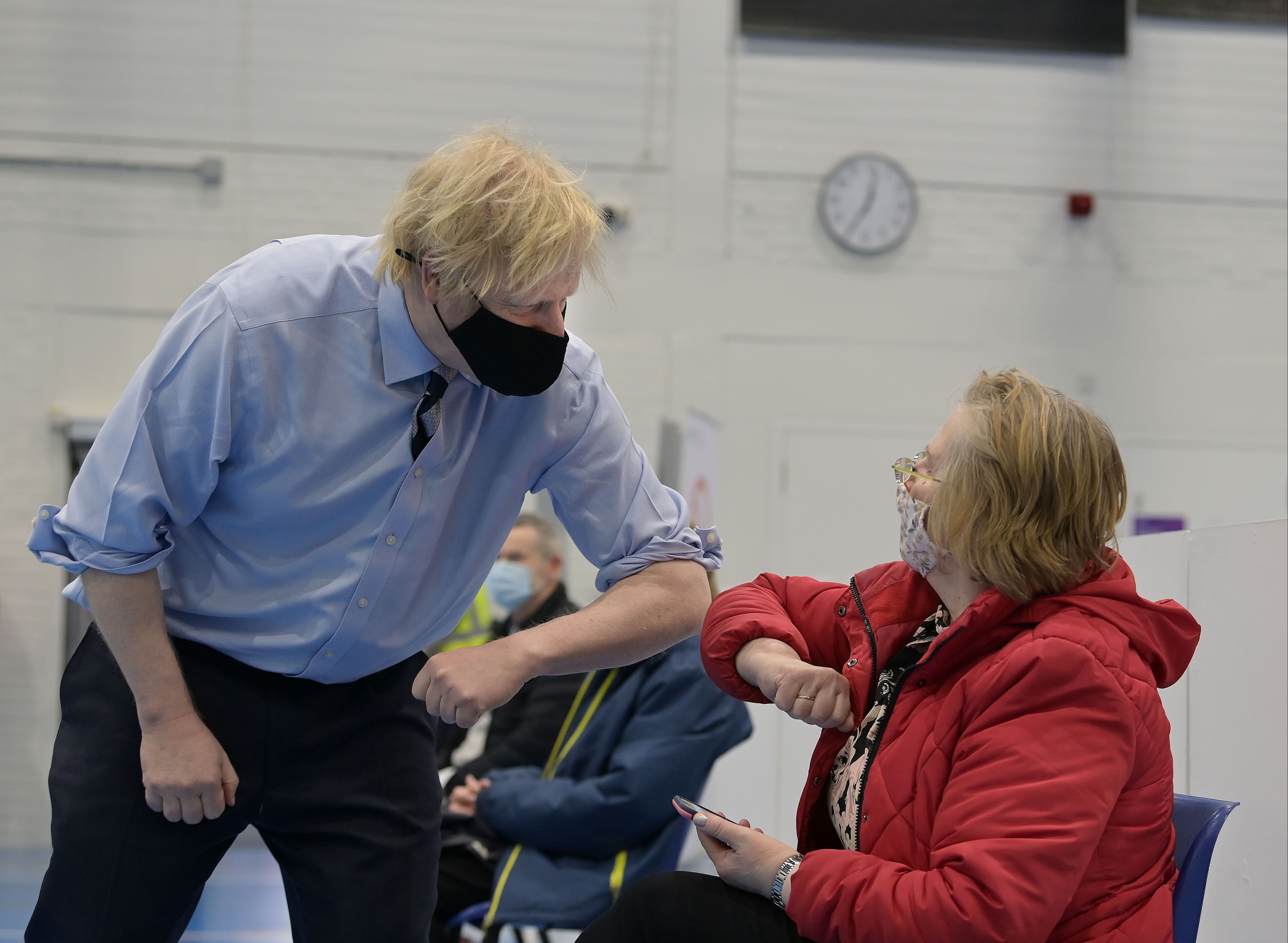 The falling R rate and number of infections have heaped extra pressure on Boris Johnson to speed up the timetable of easing restrictionsCredit: Getty Images – Getty 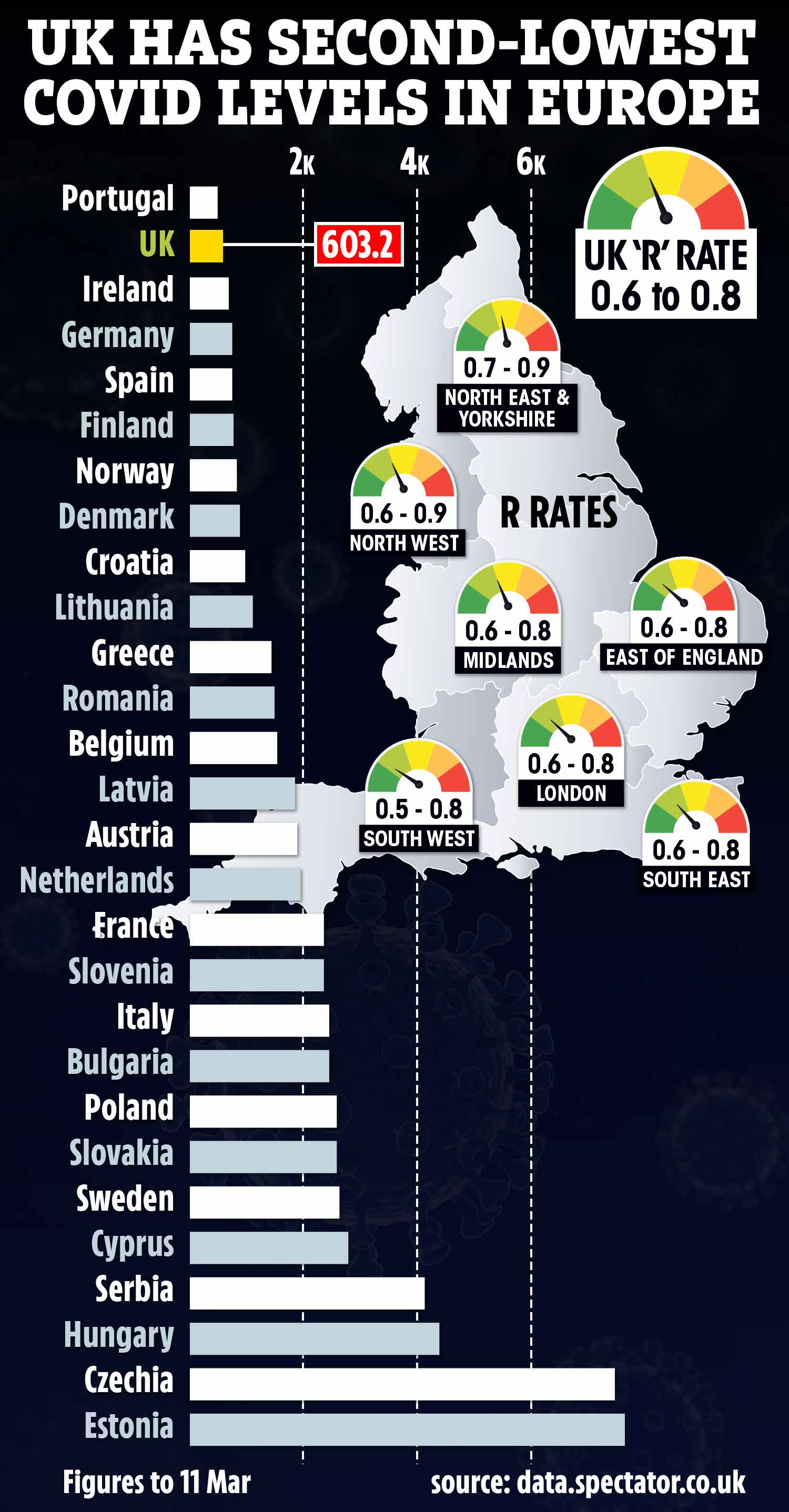 PM Boris Johnson, who visited a vaccination centre in Enniskillen, Co Fermanagh, yesterday, has said “data not dates” will pave the way out of lockdown in England.

So the latest falling numbers have heaped extra pressure on him to speed up the timetable.

Tim Spector, professor of genetic epidemiology at King’s College London, said: “The UK has come a long way since the start of the year, and it’s great to see new case rates falling to levels that are among the lowest in Europe.

“With 22million vaccinations administered, deaths and admissions falling at similar speeds, I believe we can be hopeful the darkest days are behind us.”

Wales and Scotland have already opened up ahead of schedule — with both nations allowing four people to meet outside.

From Monday, the Welsh can also play a round of golf and get a haircut while “stay at home” guidance changes to “stay local”. First Minister Mark Drakeford said: “I would not wish to hold up the reopening of parts of the Welsh economy because rates elsewhere are not yet in the place that ours are.”

But he has warned Welsh holiday home providers not to take bookings from people living in England. 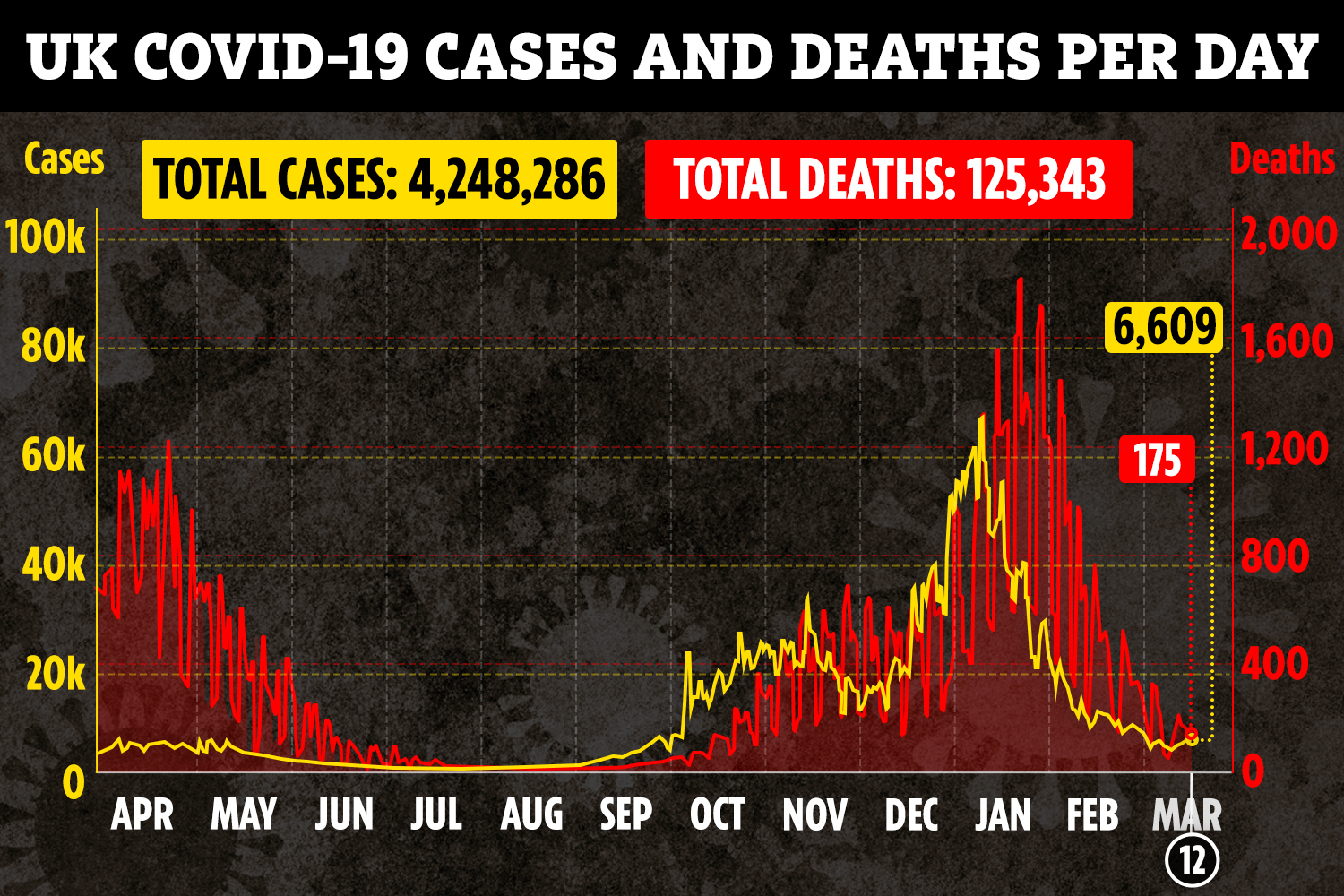 He said he was making the rules for people in Wales and said the reopening of self-contained accommodation excluded places where facilities have to be shared.

In England, Tory ministers have insisted the PM should fast forward the easing of restrictions — as Covid cases are at the same level as June last year, when pubs and shops were about to reopen.

Speaking on The Sun’s Society Uncensored show with Mercy Muroki, he said: “There is a danger of ‘situational blindness’ where people focus too much on Covid deaths and nothing else.

“As the vaccination proceeds and people are protected by vaccination, we should open up proportionately and we believe that means opening up hospitality at Easter. 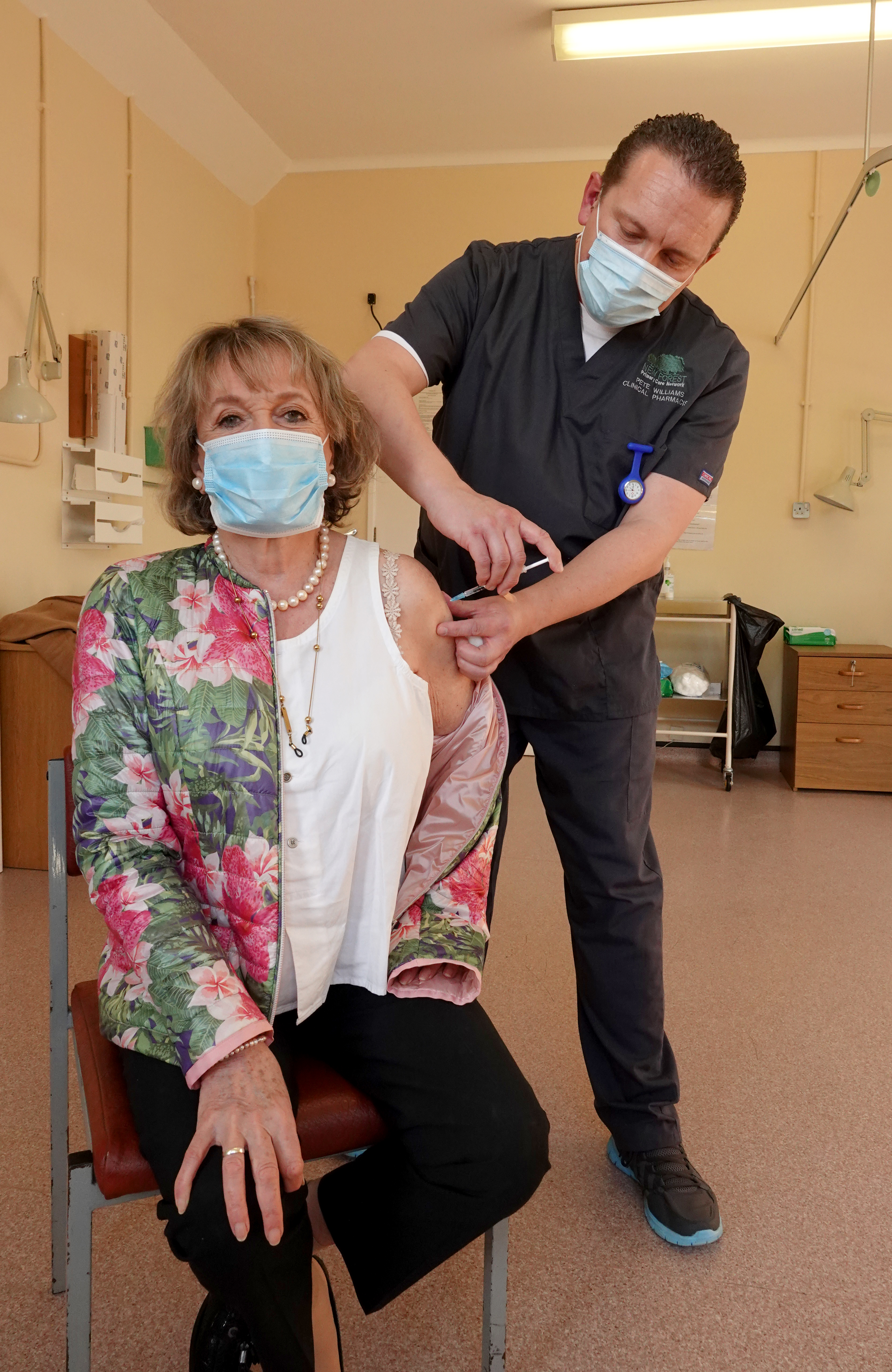 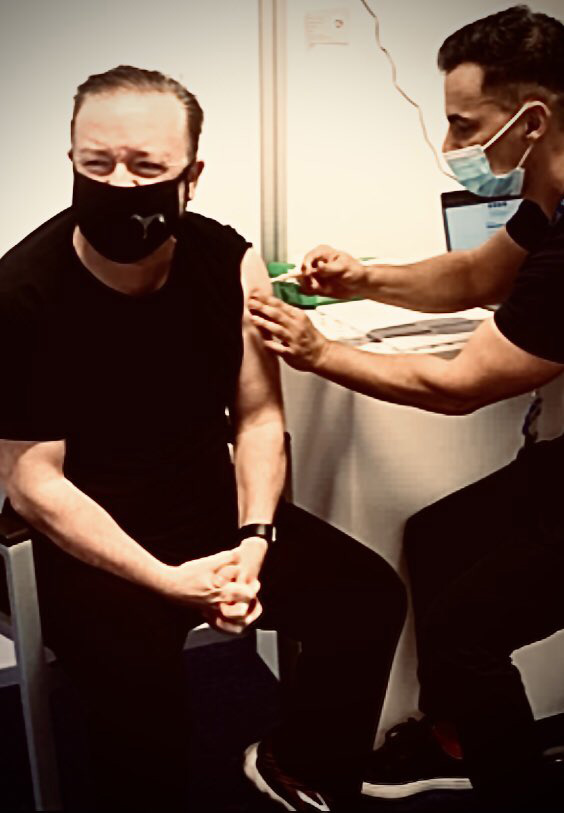 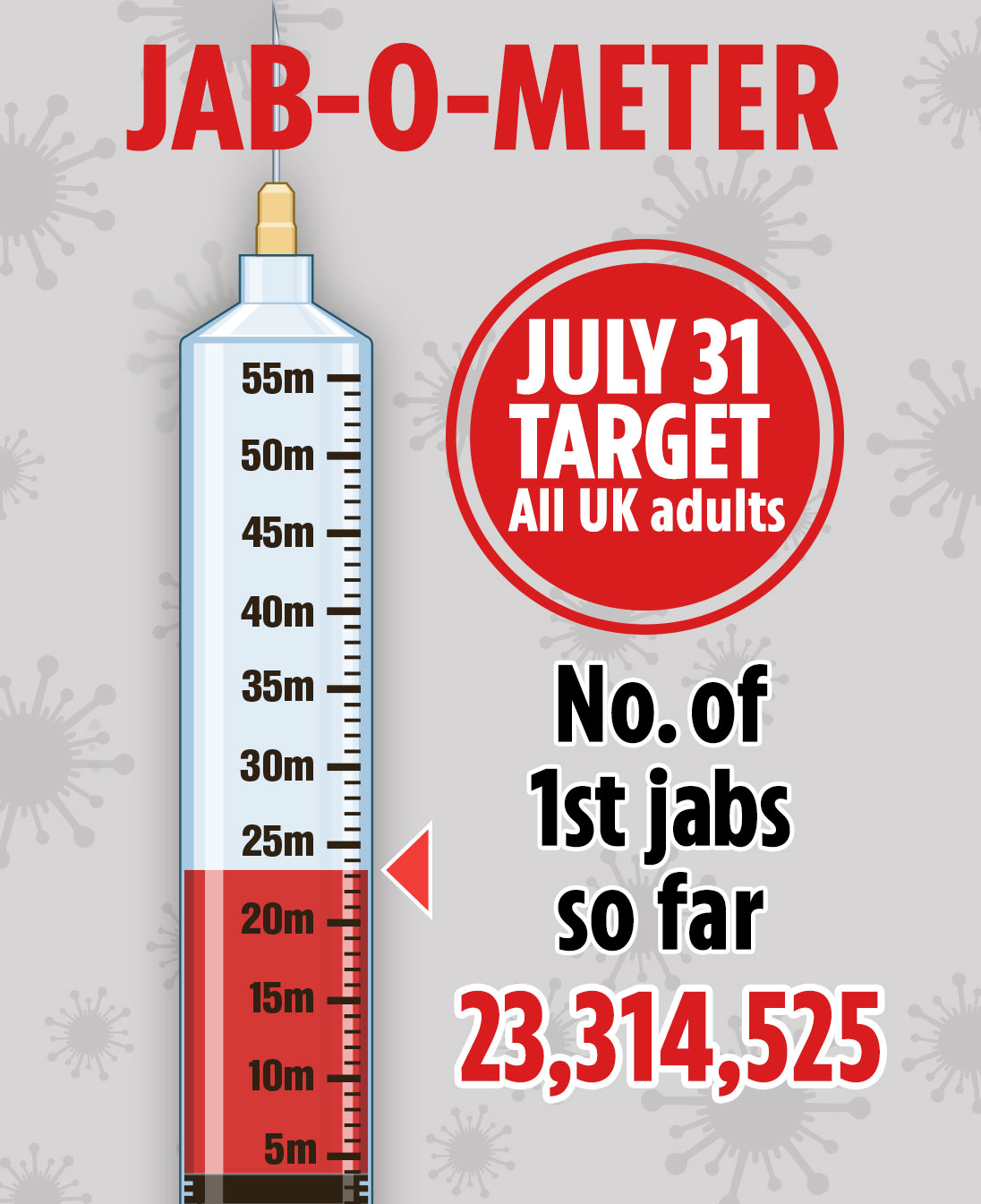 The UK has delivered more than 23 million jabs

“Think about young people, think about people who aren’t going to hospital because they want to protect the NHS, think about loneliness that really harms people. There are all these other harms and the Government should be thinking about those, too.”

There are 5,494 new daily symptomatic cases on average — a drop of 32 per cent on last week.

Yesterday saw 6,609 new daily Covid cases — a fall of seven per cent on the weekly average — and 175 further deaths.

Prof Kevin McConway, emeritus professor of applied statistics at the Open University, said: “The Government ranges for R and the growth rate for England as a whole, and for the English regions, are encouraging, too. The R and growth rate ranges for England are lower than they were last week.

“Some, but not all, of the regional R ranges are down compared to last week and now none of them goes up as far as 1.0. At least one end of the growth rate range is lower this week than last in every region but one, the South East, and all of them indicate fairly rapid day-to-day decrease in new infections.”

More than 23million have now had at least one dose of a vaccine, with broadcaster Esther Rantzen, 80, and comic Ricky Gervais, 59, both getting theirs yesterday.

Sarah Crofts, senior statistician for the Covid-19 Infection Survey, said: “Infection levels in England and Wales have continued to decrease in the week ending March 6 but appear to be levelling off in Northern Ireland and Scotland. 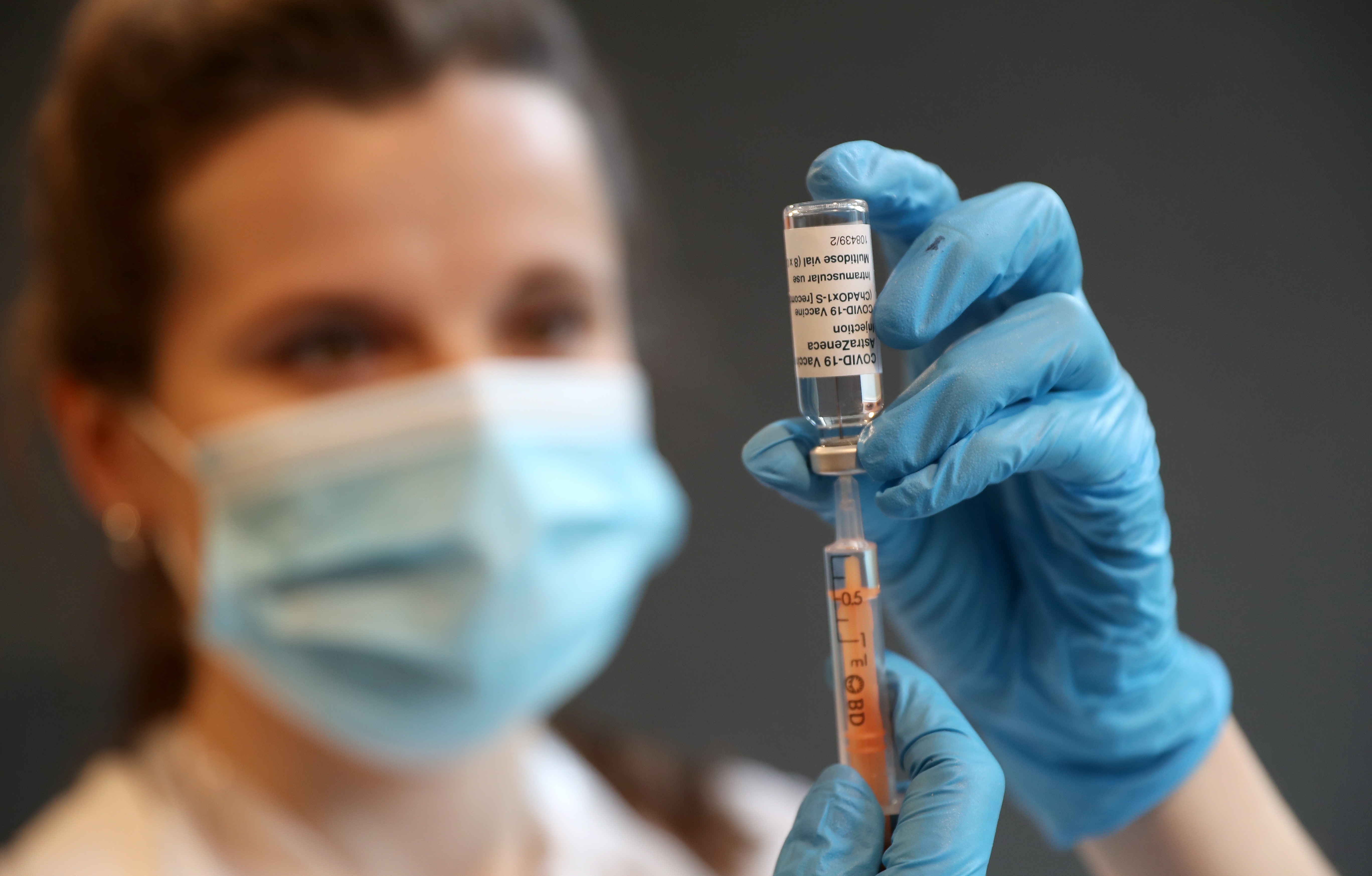 More than 23million have now had at least one dose of a vaccineCredit: Getty Images – Getty 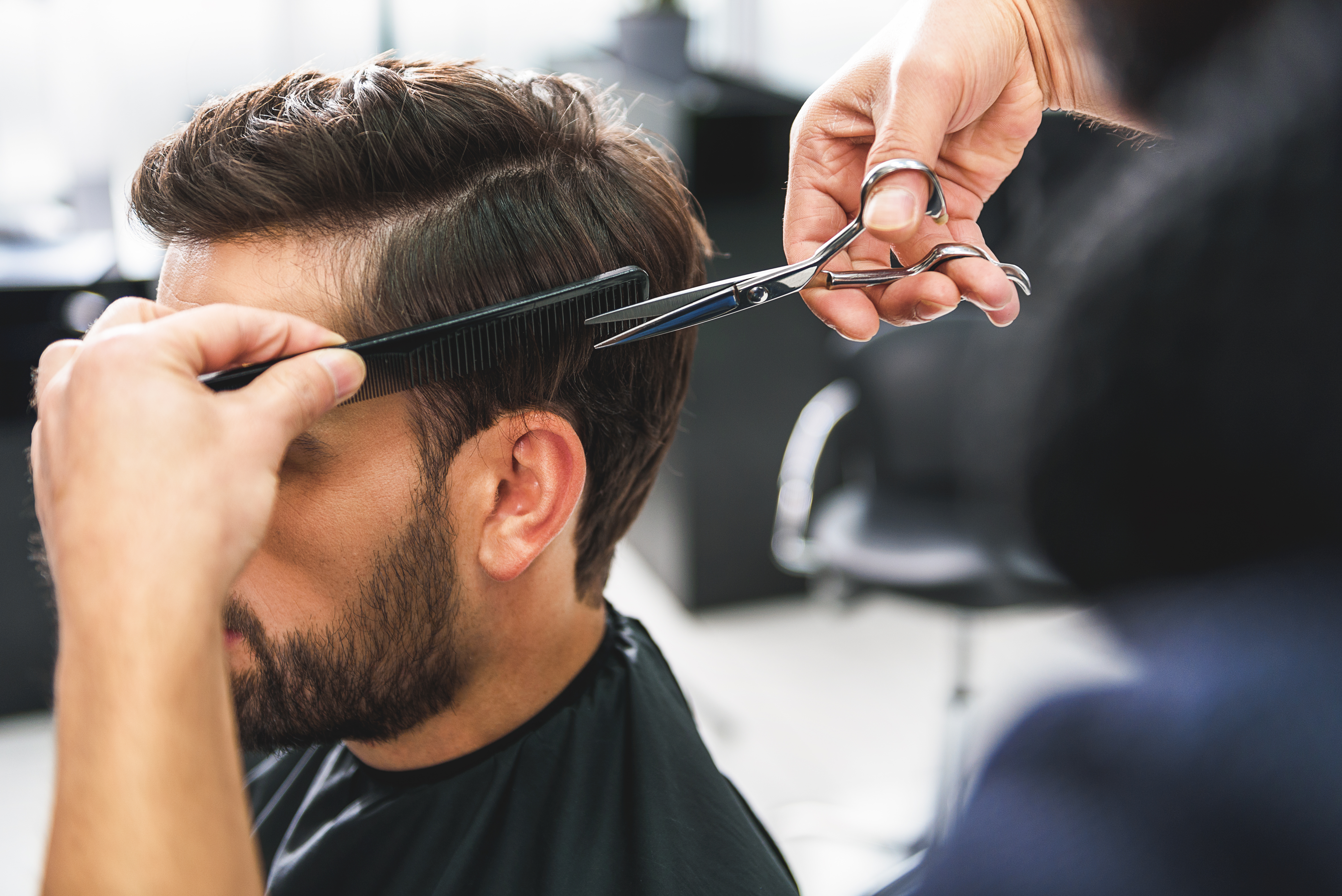 From Monday, the Welsh can also play a round of golf and get a haircutCredit: Getty Images – Getty 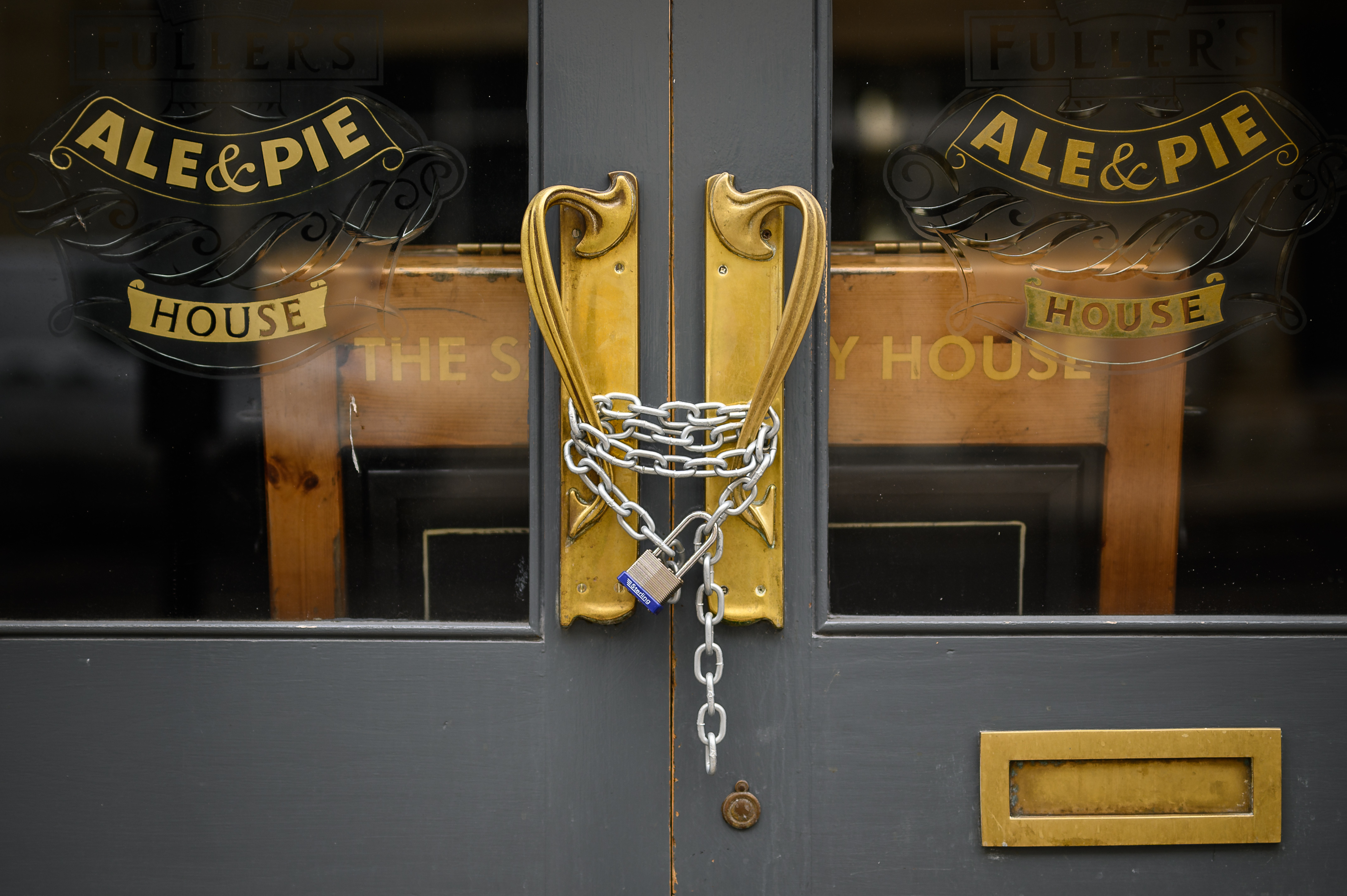 Currently Brits will have to wait until April before they can enjoy an al fresco pint at their localCredit: Getty Images – Getty

“It’s reassuring to see infection levels in the majority of English regions also continuing to decrease.

“However, it’s important for us to remain cautious and closely monitor those regions that are not showing a clear decrease.

“These are in the south of England, Yorkshire and the Humber and the West Midlands.”