Charities, care groups and MPs criticised the lack of support for the NHS, warning carers have been “forgotten” while cancer patients could “die needlessly” due to a lack of investment.

? Read our Budget 2021 live blog for the latest news & updates 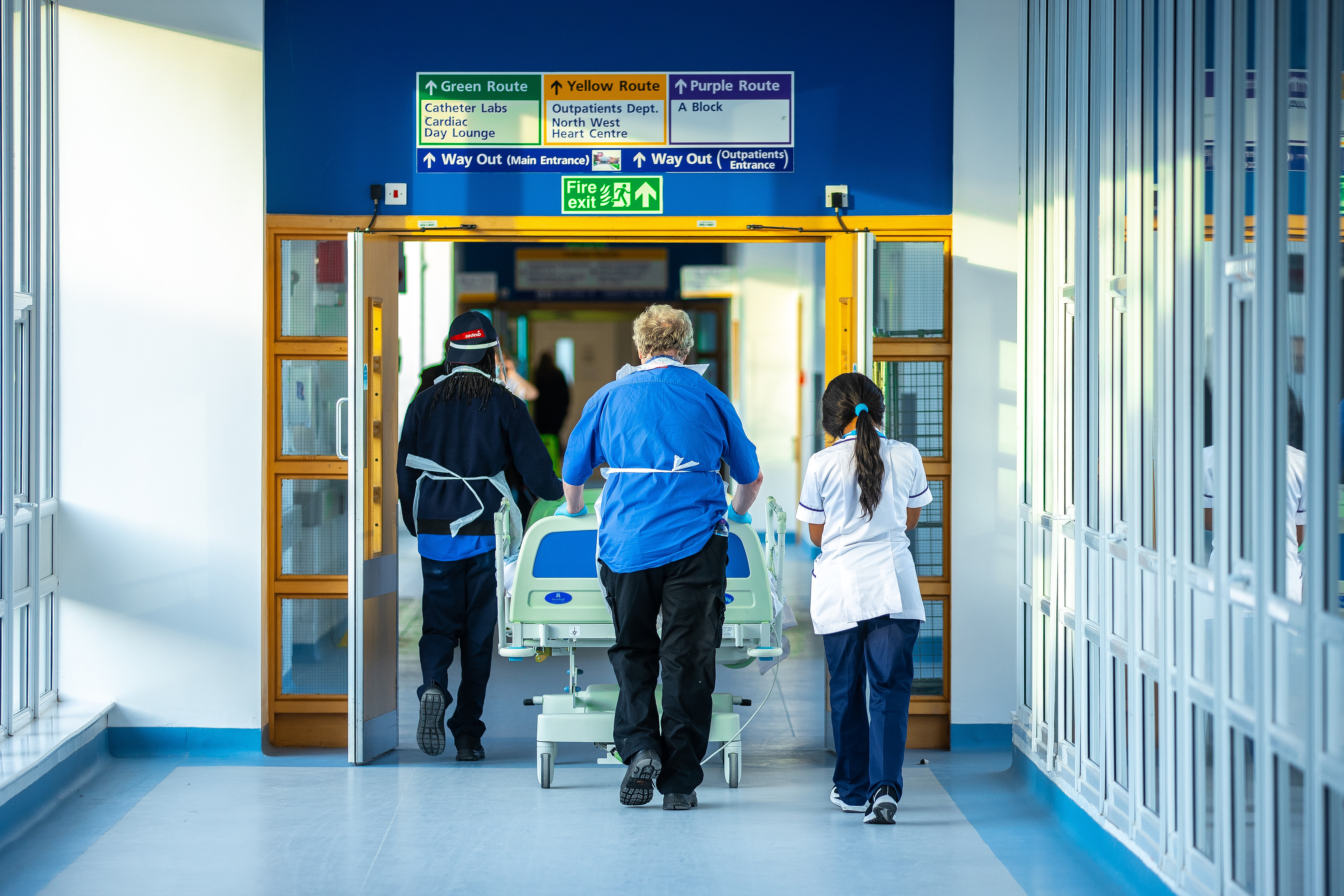 Experts have warned that patients could ‘die needlessly’ without investmentCredit: London News Pictures

The Government said last month it is committed to reform and will bring forward proposals later this year.

Chancellor Rishi Sunak unveiled his budget this afternoon with a range of packages including a £1.6billion injection to the jabs programme.

So far in the UK over 20.4 million Brits have received a first dose of either the Pfizer/BioNTech jab or the Oxford/AstraZeneca vaccine with over 840,000 having had their second.

This afternoon Mr Sunak said coronavirus was “still doing damage to the economy”.

However Mr Sunak failed to mention the NHS after giving grants of up to £18,000 to help shops, pubs and restaurants reopen in £5billion boost for the high street.

Speaking this afternoon, one MP said Mr Sunak’s decision to overlook the NHS was a “big mistake”. 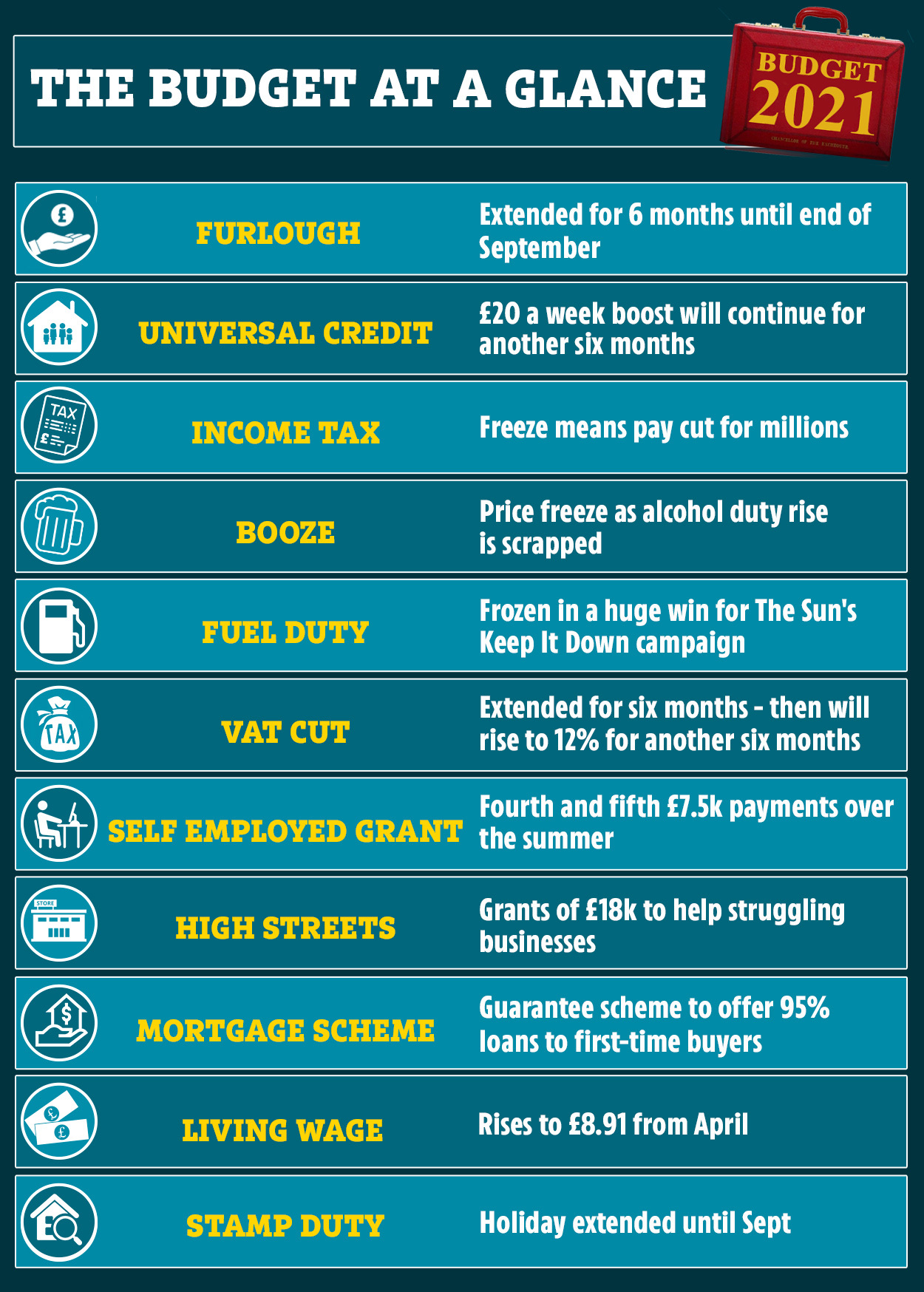 “Families need it to help them balance work & caring responsibilities. NHS needs it too. Huge mistake.”

Others also questioned the lack of social care in the 2021 budget.

However he added there was “little hope” for the social care sector which had been “bruised and demoralised after most devastating year in its history”.

“Understand money is difficult to commit at this stage, but they desperately need to know a plan is coming,” he tweeted. 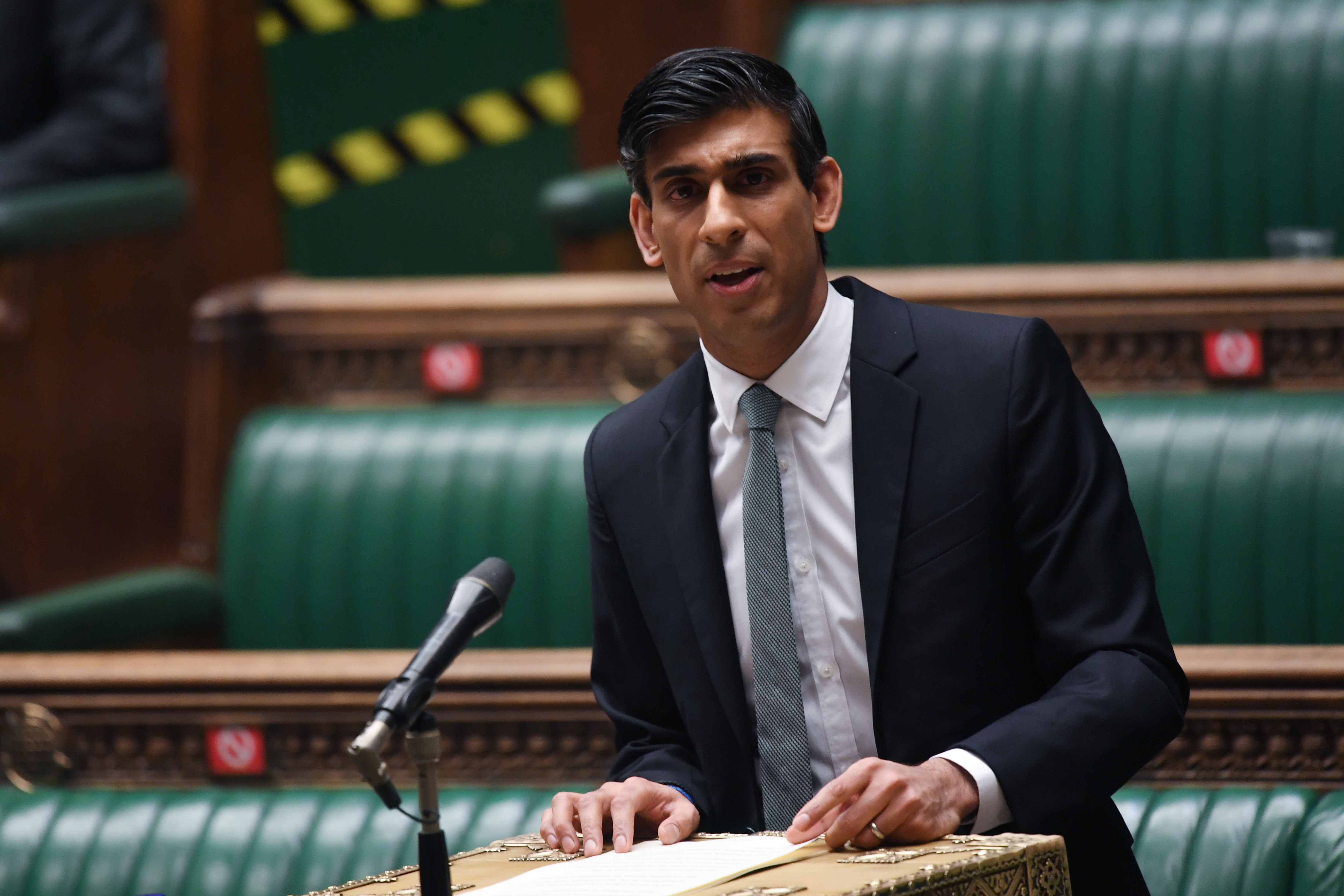 Mr Sunak appeared in the Commons this afternoon and revealed his 2021 Budget plansCredit: HOC/JESSICA TAYLOR

Charities also revealed their anguish and said the budget had given “little reassurance” for people living with cancer.

Macmillan Cancer Support’s Head of Campaigns and Public Affairs Eve Byrne said that it was “extremely concerning” to see the NHS and cancer services missing from the Chancellor’s statement.

She said: “Covid-19 has had a devastating impact on cancer care, with tens of thousands of cancer patients facing agonising disruption to diagnosis and treatment, and experiencing increased anxiety about their survival, as a result.

“Today’s Budget will bring little reassurance to people living with cancer who are already worried about being forgotten.

“It is crucial the Government recognises the challenges that lie ahead for cancer care and provides the investment and support the NHS needs to enable the health service to deliver cancer care swiftly and safely.”

Without an urgent boost to train and recruit more cancer staff, or funding to tackle the challenges ahead, Eve said cancer could become the Forgotten C.

Ms Byrne said “the Government will be letting down both today’s patients and those for years to come.”

During his announcement this afternoon, Mr Sunak did not raise any plans to tackle the backlog which has been left by the Covid-19 pandemic.

It was previously reported that it would take months for the NHS to return to normal service after dealing with the pandemic.

NHS waiting times are the worst they have been in a decade and cancer patients are continuously being pushed back when it comes to treatment times.

Founder of the #CatchUpWithCancer campaign, chair of Action Radiotherapy and leading oncologist, Professor Pat Price warned that the lack of funding was “devastating news” for people living with cancer.

She said: “We can have no faith in the current incarnation of the cancer recovery plan without a clear plan for investing in new capacity.

“The Government’s cancer recovery plan only runs until March and was overtaken by events in December. Front line staff are simply exhausted.”

She added: “There is national cancer crisis ravaging our already overstretched services. And it appears no new resources have been ringfenced for cancer to tackle it.

“This was the Government’s opportunity to ‘super-boost’ cancer services, by missing it tens of thousands of cancer patients will die needlessly.”

Budget 2021: All the key points from Rishi Sunak’s announcement from mortgage help to furlough cash