BRITS kicked off their Bank Holiday with a bang today as the nation marks its first long weekend in eight months to be filled with freedoms.

The eagerly anticipated break will be the first time most people have spent a Bank Holiday boozing with pals at the pub or away from home since August. 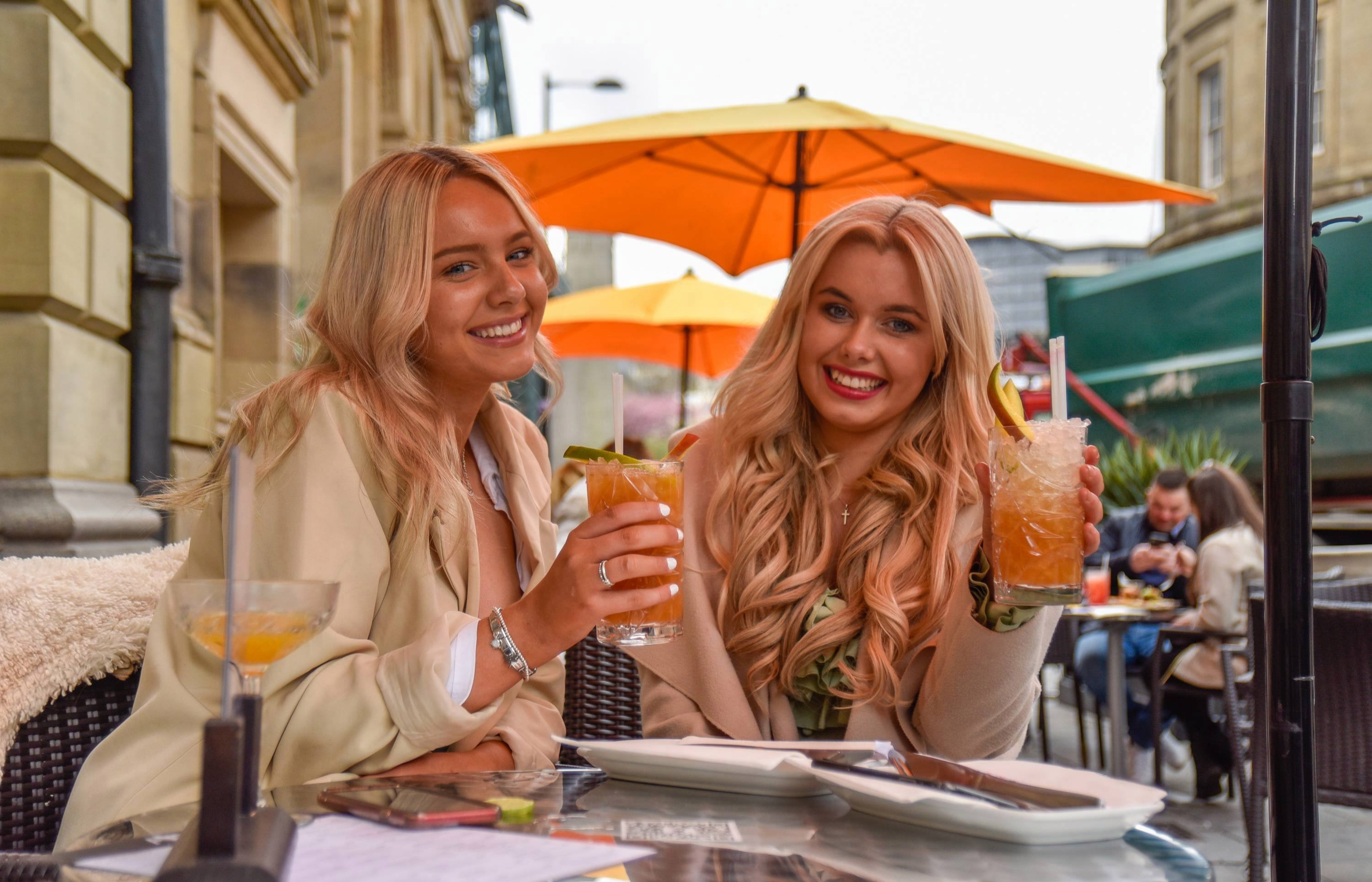 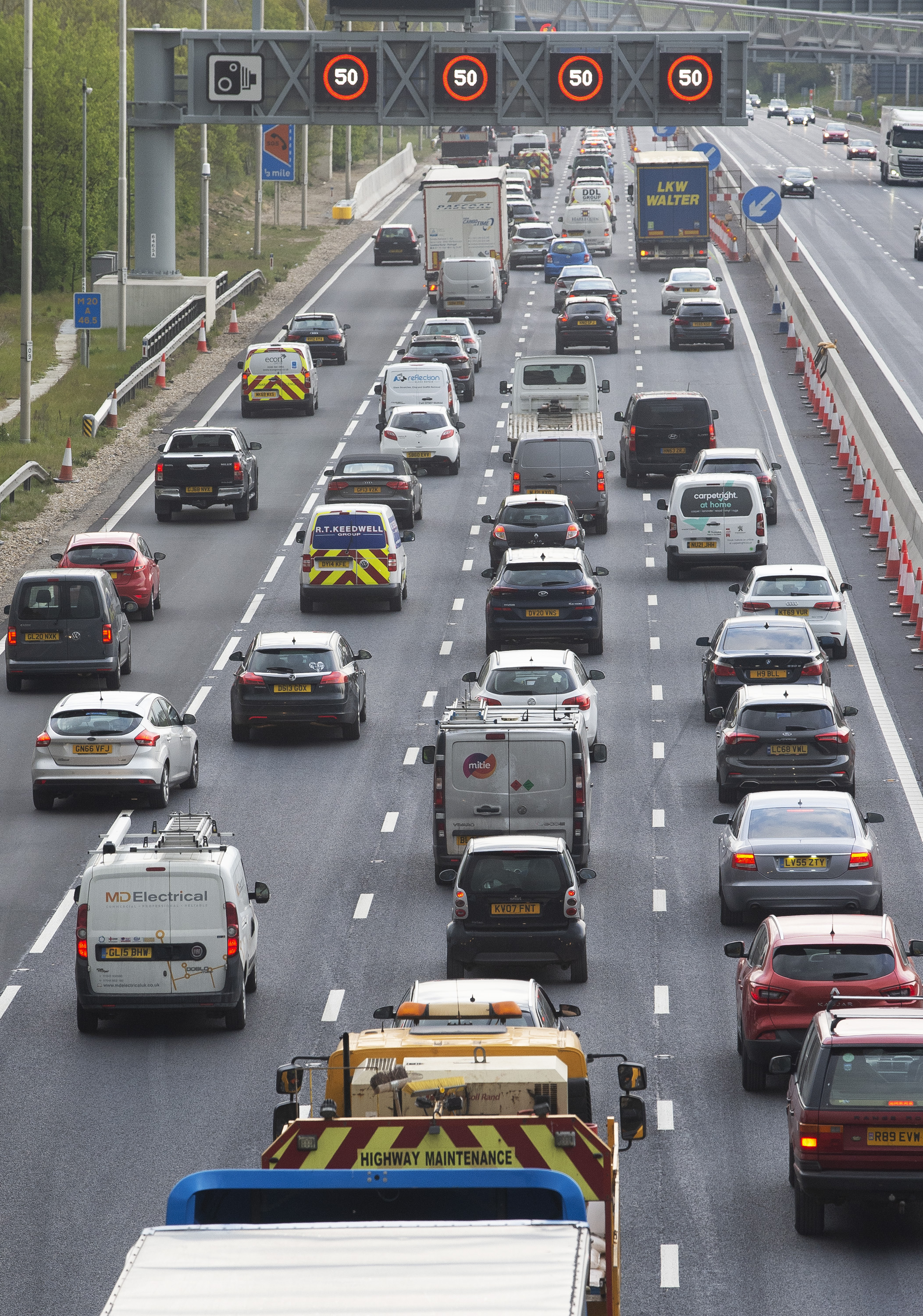 Roads were heaving last night as Brits flocked to hotspots across the countryCredit: LNP 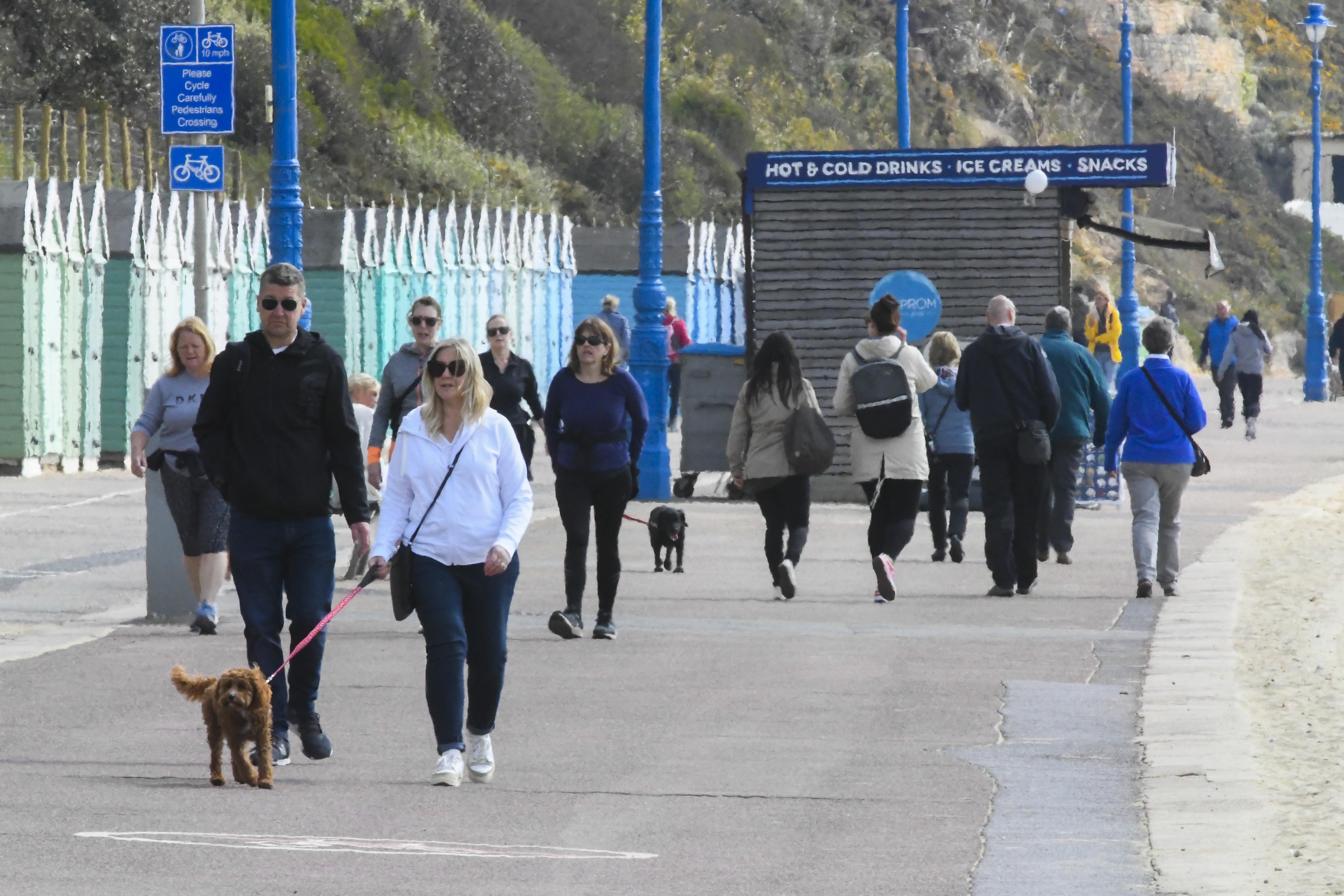 Beach-goers made the most of the dry weather on Bournemouth beach yesterdayCredit: ©Graham Hunt

Thirsty punters began drinking outside yesterday, as beer gardens flung open their gates ahead of the busy three-day spell.

Excited families also set off for their first long break away since summer, with cars filling up roads up and down the country yesterday afternoon.

Meanwhile, groups of six are set to pack out parks, gardens and beaches in the coming days – with two households unlimited by numbers.

It comes as restrictions were eased on April 12, allowing pubs, hairdressers and non-essential shops to open for the first time in months.

Gyms, zoos, drive-in cinemas and beauty salons also reopened as the next milestone on Boris Johnson’s roadmap to freedom was reached.

There will be no changes to the rules for the bank holiday this weekend as the next stage on the roadmap of lockdown is set for May 17. 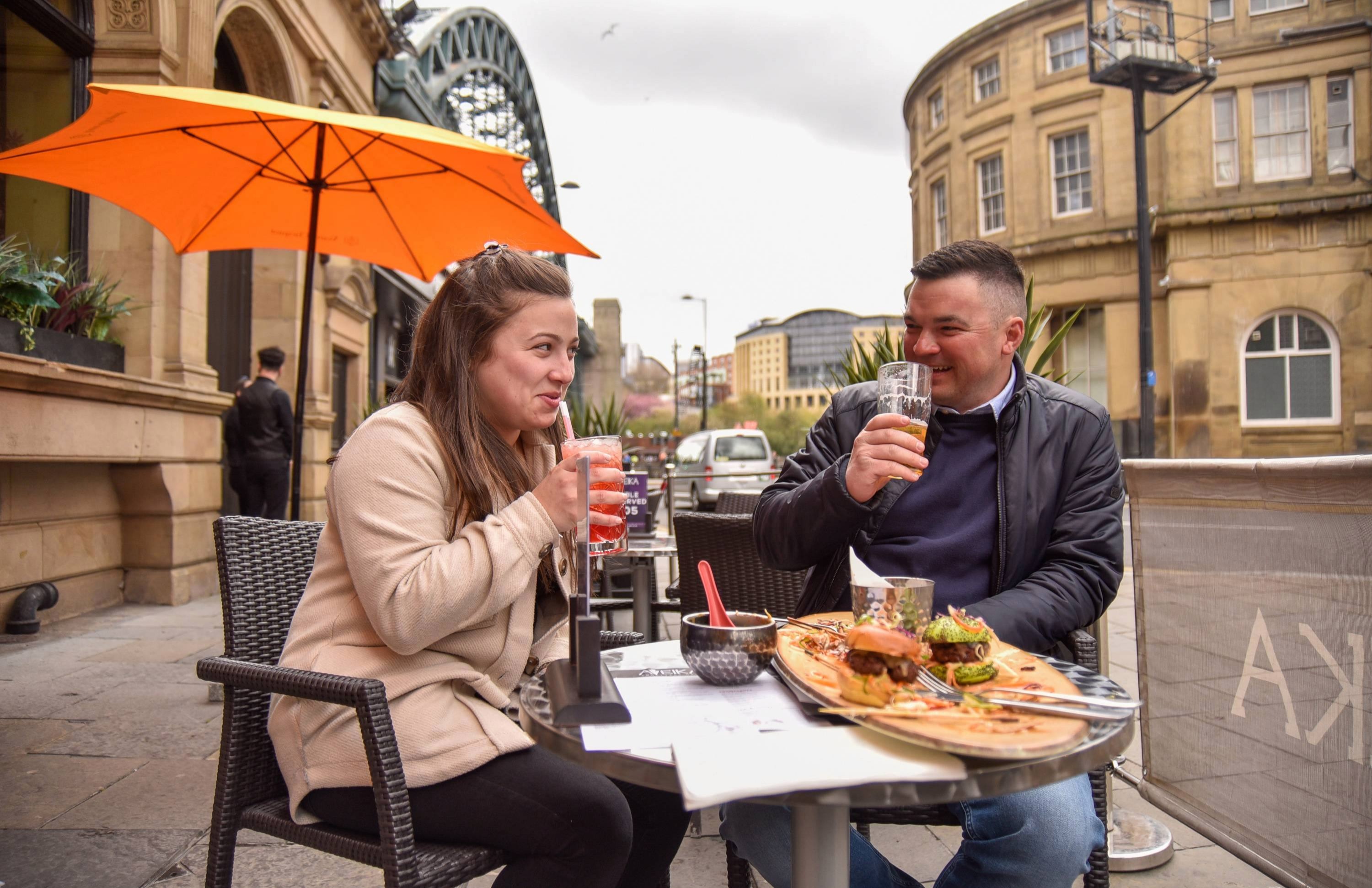 Brits are gearing up for the Bank Holiday weekendCredit: NNP 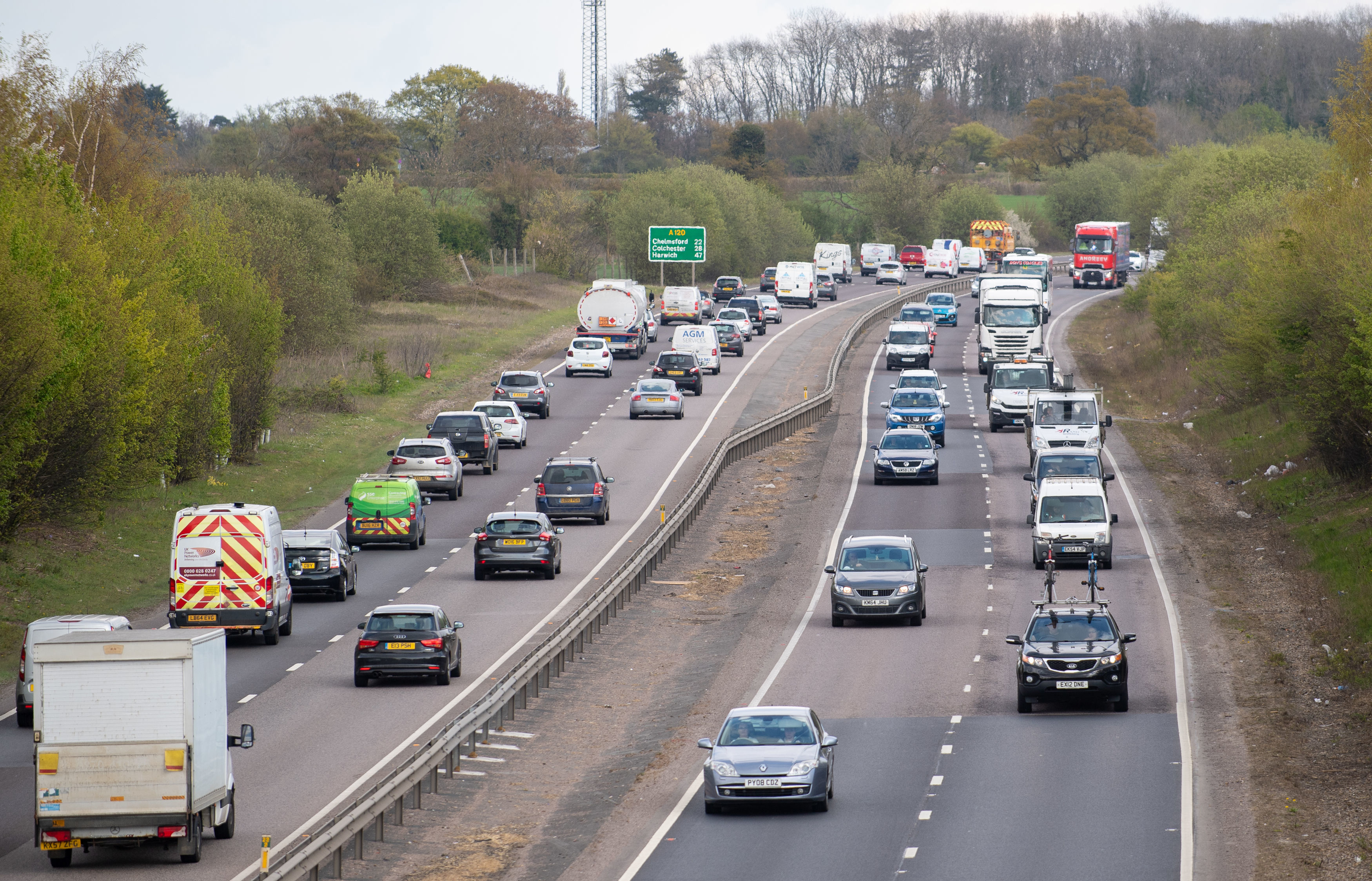 Traffic builds up on the A120 near Stansted Aiport in EssexCredit: PA 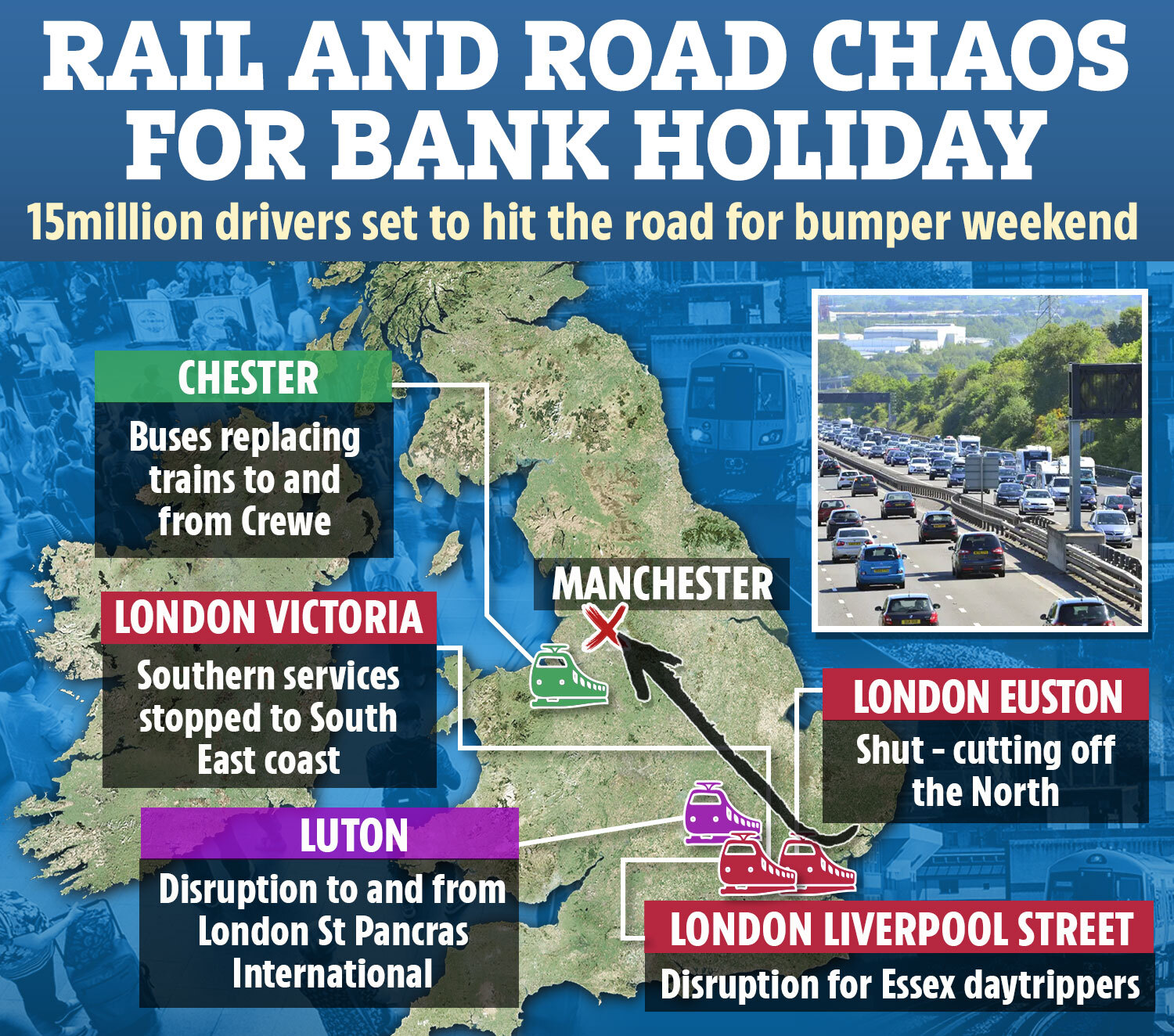 Roads are likely to be jam-packed this weekend as roughly 15million cars get set to hit the roads in the coming days.

It comes as Wales and Scotland’s borders are open once more – but rail delays are set to cause headaches for anyone hoping to zip off for a break – with London Euston shut all weekend cutting off the North.

While Brits can drink in the outdoor areas of pubs and bars, social distancing must still be adhered to with pals only allowed to have pints within the Rule of Six.

Unlike with the rules last year, alfresco pubs and restaurants don’t need to serve a substantial meal for alcohol to be sold.

Punters won’t be able to stand up and drink by the bar – and will have to stay seated while in the pub. 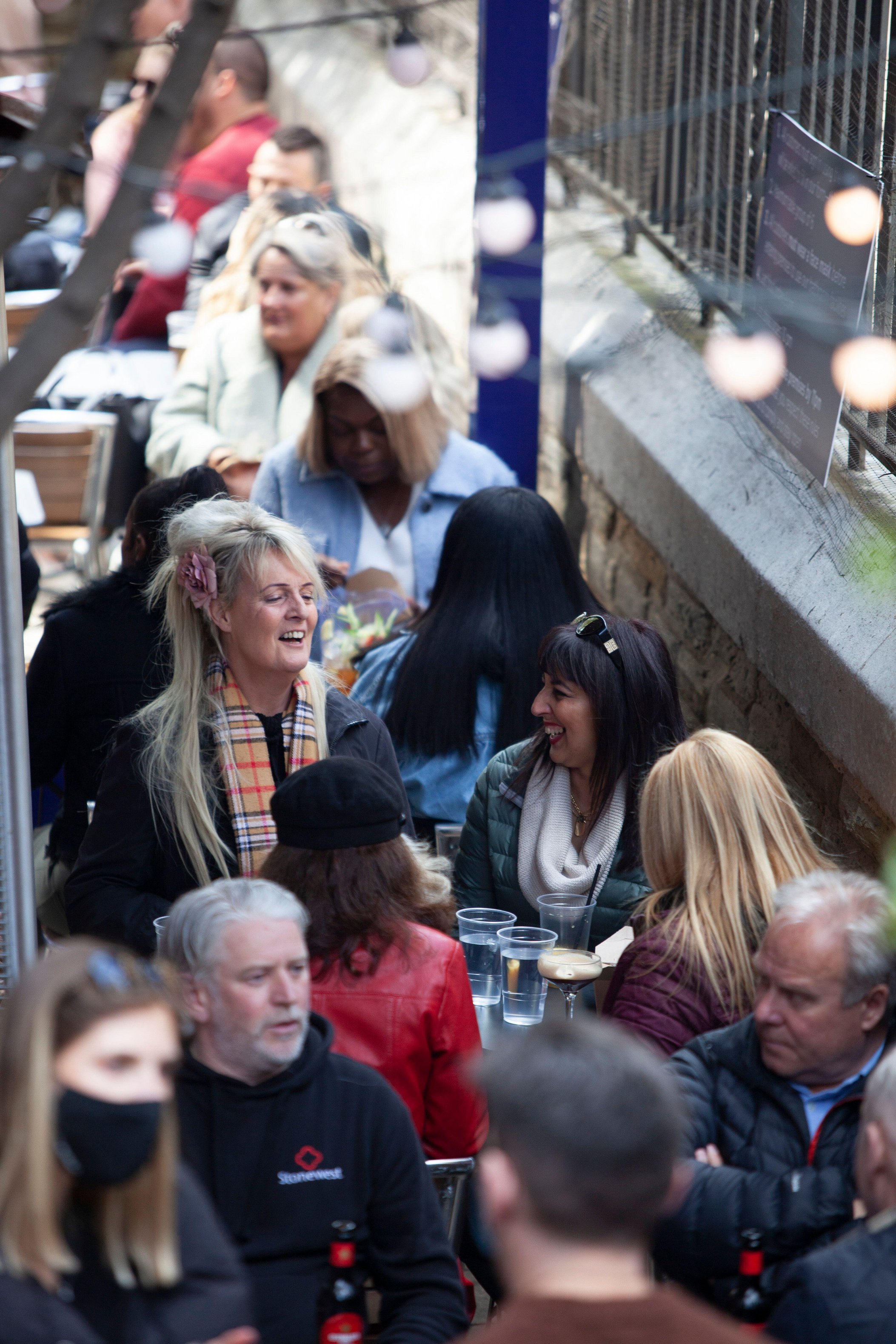 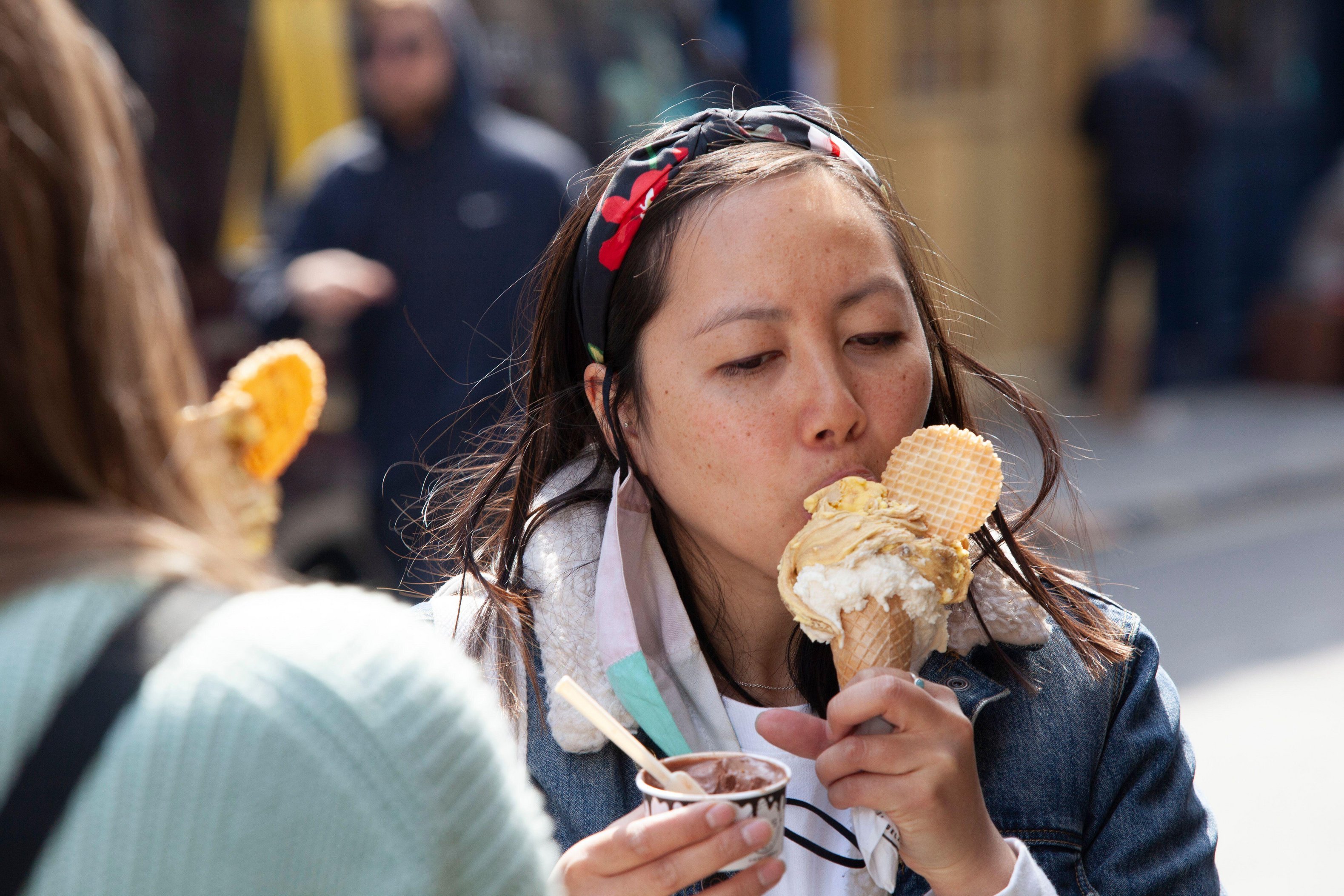 It’s the first long weekend in months where freedoms are allowedCredit: Alamy 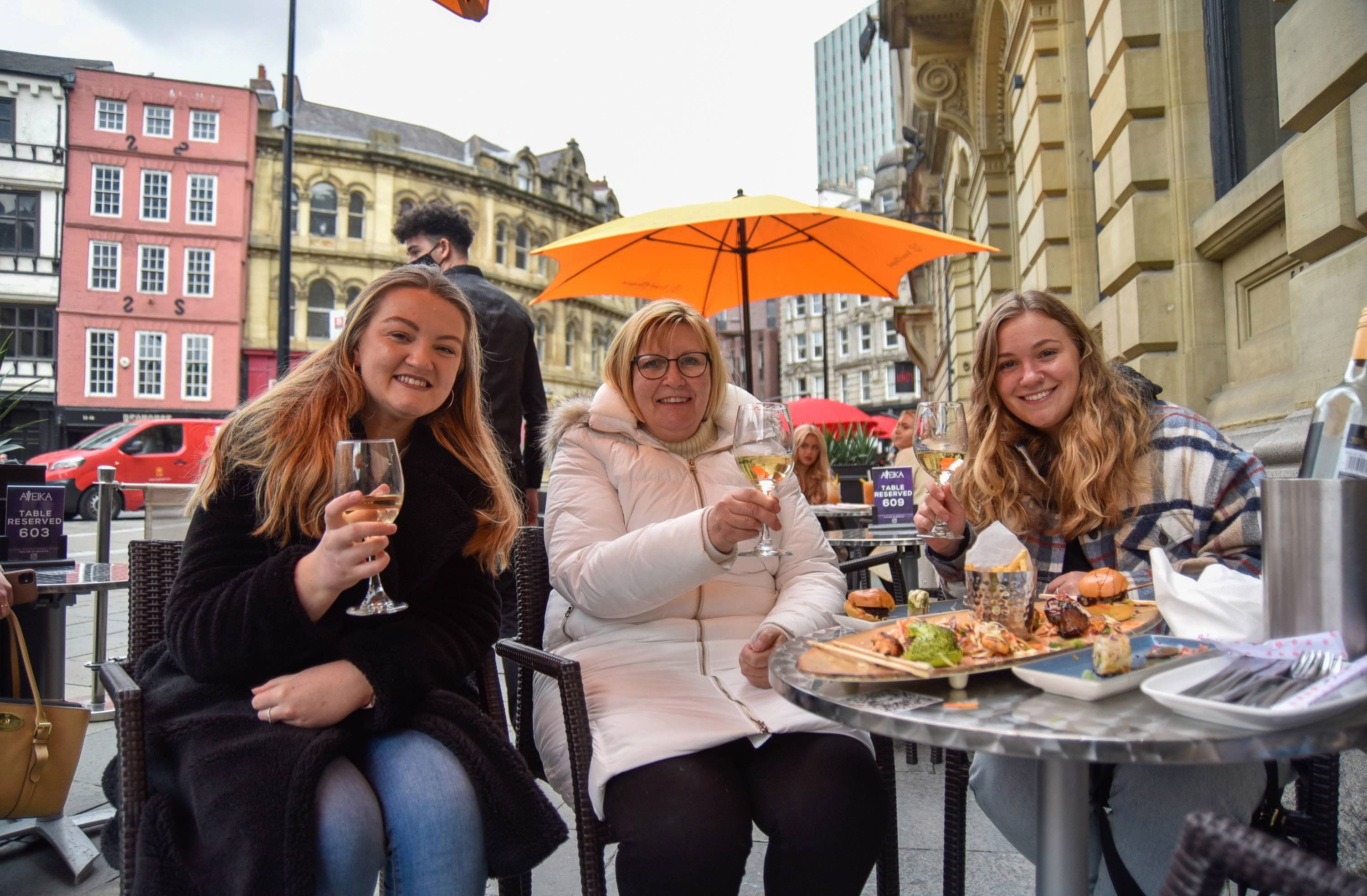 People in Newcastle enjoy an afternoon drink with their meals as the celebrations beginCredit: NNP

Londoners hoping to get to the coast may struggle by rail, with Victoria station not running Southern services.

And trains bringing people into the capital from Essex will be hit by disruption between Chelmsford and London Liverpool Street.

RAC traffic spokesman Rod Dennis said: “After what was one of the quietest Easters on the roads in years our figures suggest the easing of Covid restrictions has made a dramatic difference with millions more drivers planning to hit the roads.

“It remains to be seen what effect the weather will have as meeting up in soggy parks and gardens may not prove quite so appealing.

“Nonetheless, the prospect of queues on the roads – particularly leading to major shopping centres – looks far more likely this coming weekend, and we’d advise drivers to plan ahead and keep tuned to local traffic bulletins to find out if there’s any disruption.”

What is open for the bank holiday weekend?

Boris Johnson allowed all non-essential retailers to reopen from April 12.

Other businesses that reopened include:

People must continue to keep their distance and stay away from people outside of their household or bubble, the PM urged.

Every pub-goer must check-in with the NHS Covid app to get a pint from April 12.

Under the rules, all punters must be contact-traced via the app or by giving their contact details when a group enters a pub or restaurant.

All drinkers must scan their NHS app when they go to a boozer, which means it’ll be possible to tell them to book a test immediately if they sit near someone who has Covid.

Outdoor gatherings must still be limited to the Rule of Six or two households – which was a new freedom unlocked on March 29.

Brits aren’t allowed to socialise indoors with anyone from a different household or with someone you haven’t formed a support bubble with.

And in facilities such as hairdressers, beauty and nail salons, and indoor leisure like gyms and spas, people must continue to social distance.

A weekend getaway is now on the cards with new lockdown rules allowing Brits to travel across the UK for the first time since Christmas.

Holidays are permitted as long as the accommodation is self-catered and is for a single household.

On April 26, Scotland moved from Level 4 to Level 3 of the Scottish Government’s five tiers of restrictions – meaning travel between Scotland, England and Wales are now permitted.

People living in England have been able to travel to Wales since April 12 but today’s announcement means people can freely go north of the border too.

Weddings can take place with government rules stating people from different households must abide by social distancing throughout ceremonies and receptions had sparked fears brides and grooms would not be able to enjoy many wedding day rituals.

And unkempt Brits can visit hairdressers and salons to indulge in some much needed TLC.

Indoor leisure centres – including gyms – are also open, while outdoor attractions like zoos, theme parks and drive-in cinemas can open their doors.

Overnight stays away from home with your household are also back on the cards, while driving tests can start up again for people keen to get their licence.

Elsewhere, the number of care home visitors has increased to two per resident.