THEY enjoyed their day in court. 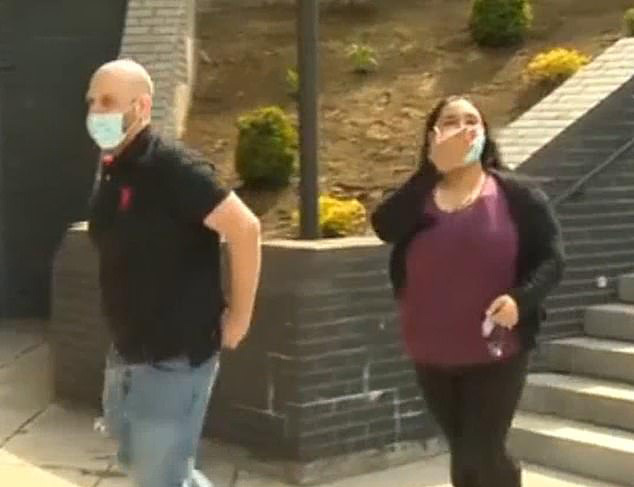 Philip Sarner was videotaped cutting a rug and making crude gestures to his crotch while his co-defendant Emily Orbay blew kisses at protesters who were heard chanting: “Hey hey, ho ho, these racist folks have got to go.”

On their way out, Sarner was caught trailing his attorney while wearing a blue medical mass covering only his eyes and nose.

Sarner and Orbay attended court to answer to charges of intimidation due to bias as well as assault, according to WTNH. 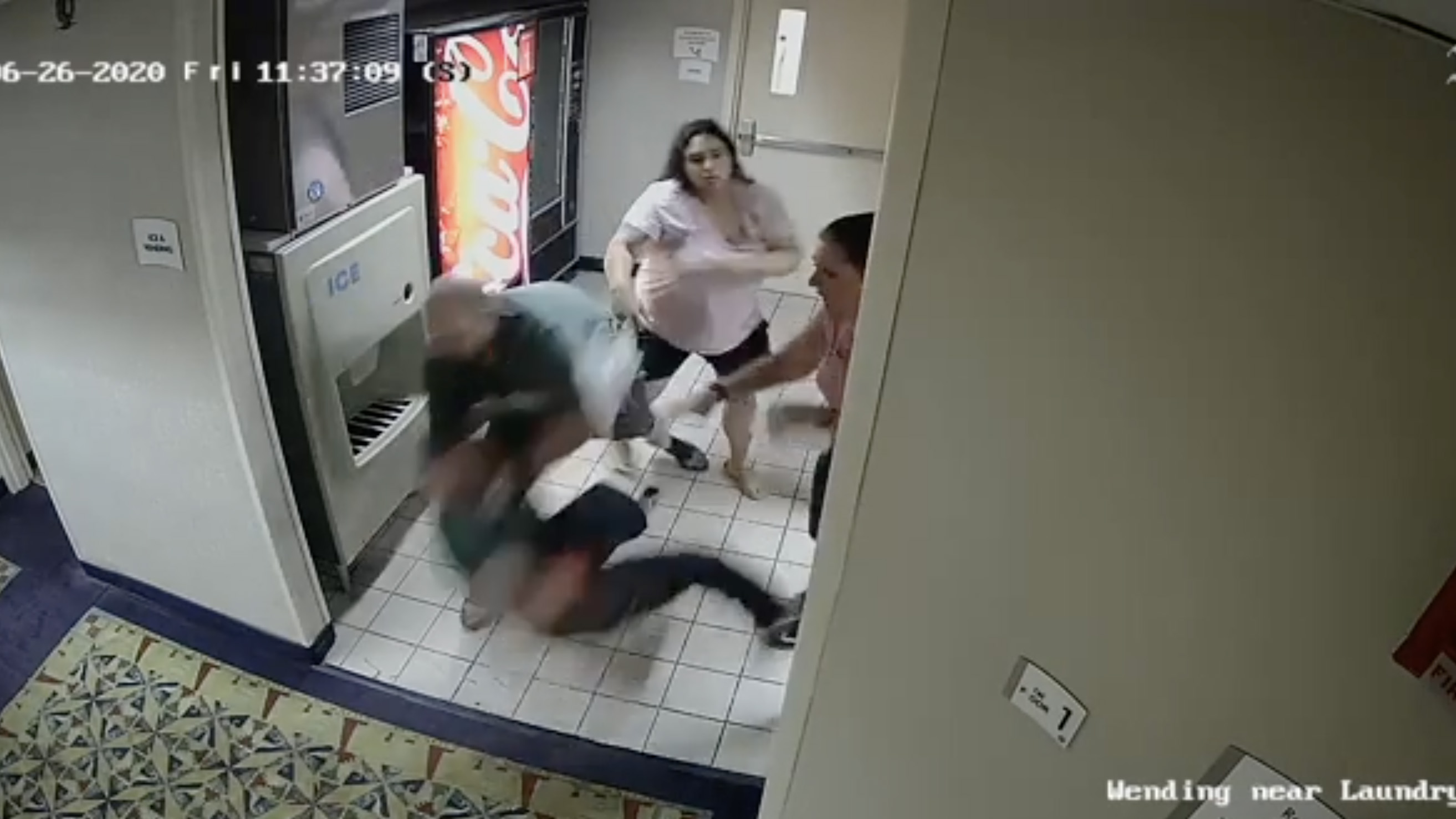 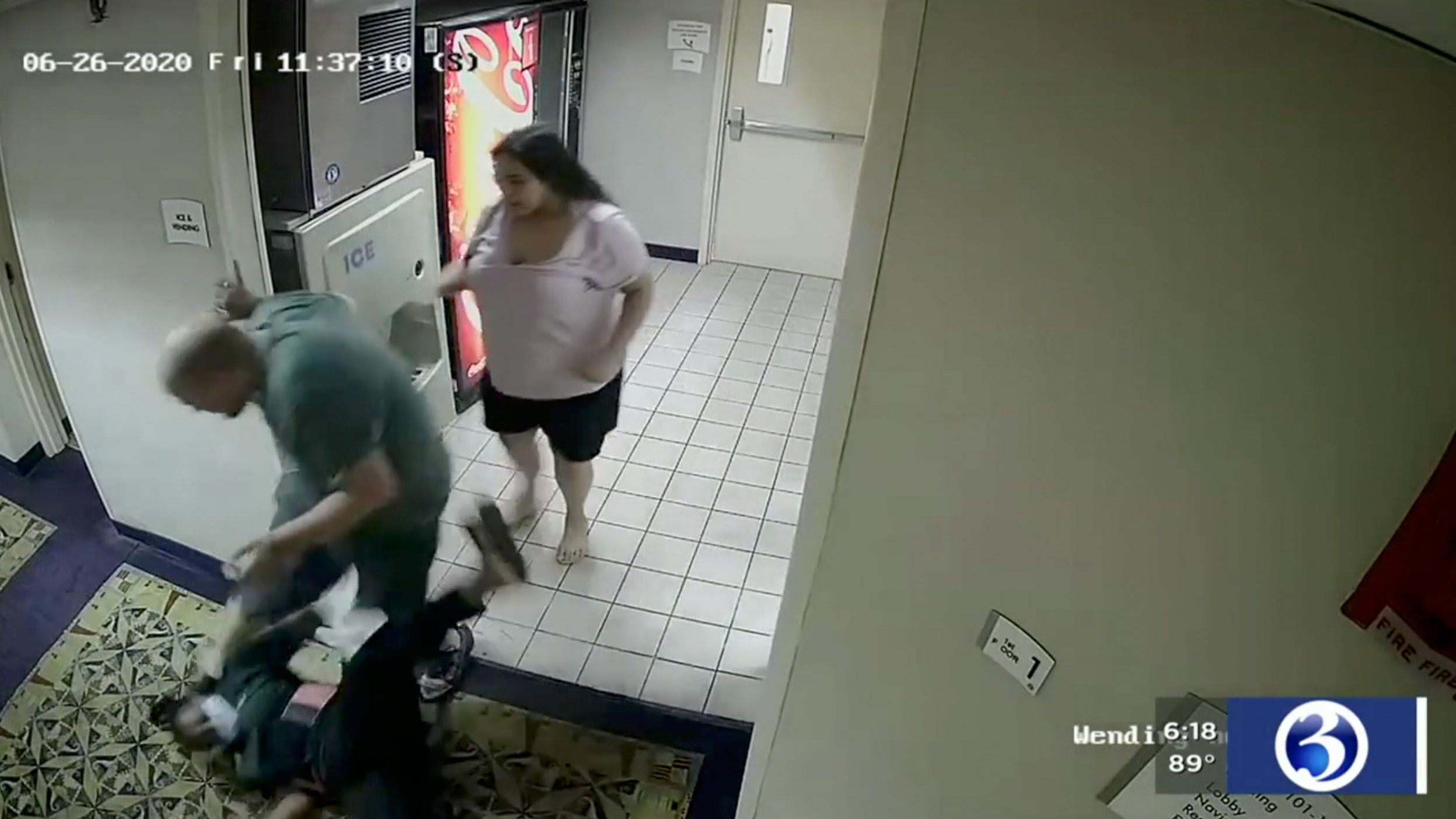 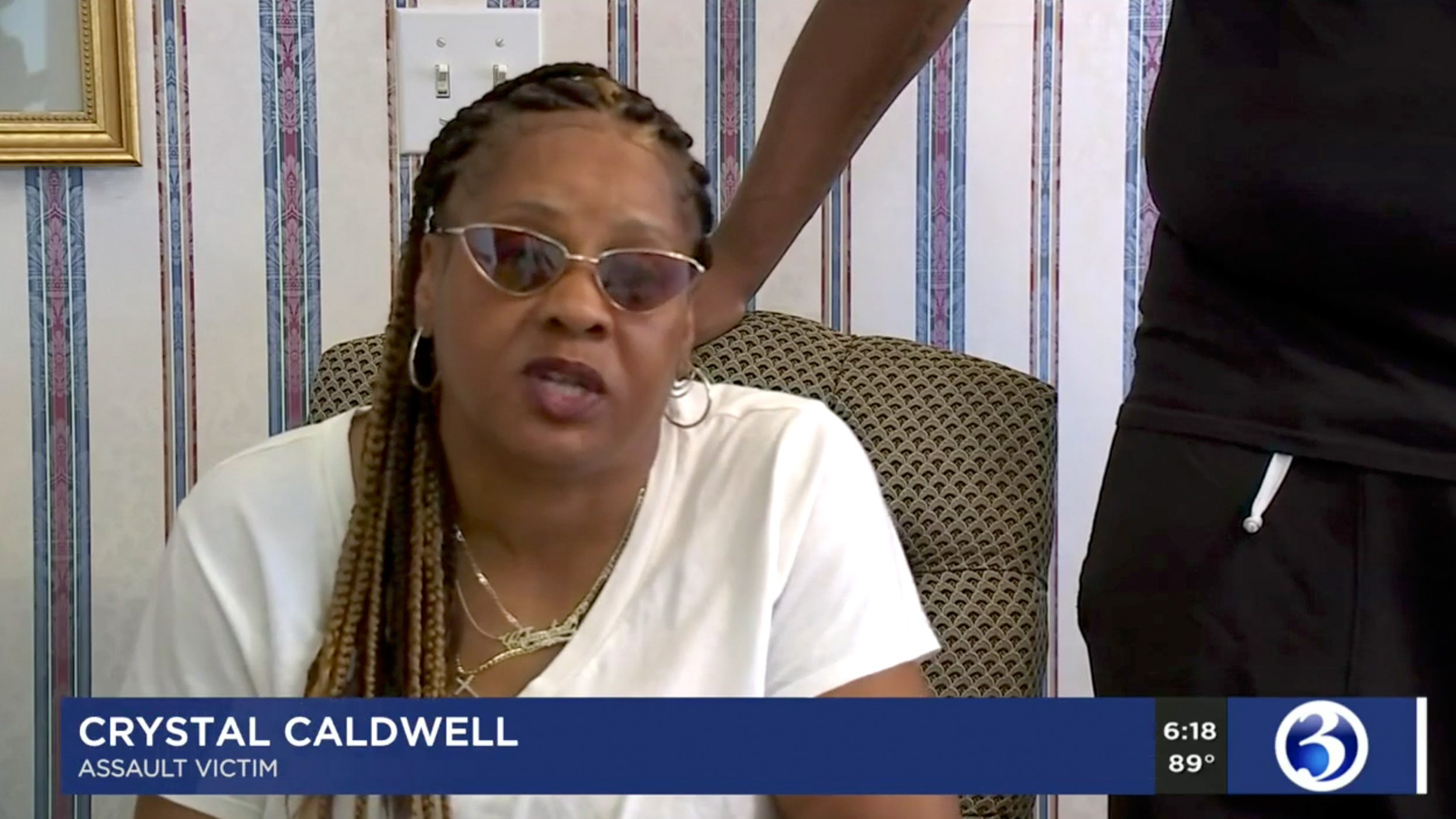 Crystal Caldwell says she suffers from PTSD and relives the pain from June 26, 2020, when her head was repeatedly stomped by the New York coupleCredit: WFSB

Prosecutors made offers to both if they take pleas in the criminal case.

“In total it would mean [Sarner] would be sentenced to nine years, suspended after serving five years,” said Caldwell’s lawyer M. John Strafci said after the hearing.

The evidence against them was strong.

Each was captured on CCTV walloping Crystal Caldwell, a 59-year-old clerk who was working at the Quality Inn in Mystic, Connecticut back on June 26, 2020.

The footage shows Caldwell, who is black, trying to help a guest with the ice maker machine.

Sarner squares up behind Orbay into the refreshment room and with his southpaw, decks Caldwell and tosses her to the floor where he proceeds to punch, kick and stomp on her head.

He allegedly groused that he would “kick her a**” and even called Caldwell an “old monkey,” according to The Day.

“It’s gonna be a long long time that I don’t stop dreaming about his stepping and kicking, stepping on my head,” Caldwell said to reporters outside the courthouse. “It’s going to be a long time.”

The dancing and kissing by the couple was insulting to Caldwell, who is still recovering.

“You can tell by his behavior that he has no remorse. “The only thing he is sorry about is that he was caught,” her attorney Strafci told reporters.

Caldwell is continuing to mend from the head and eye wounds as well as PTSD that she has as a result of surviving the brutal attack, according to the news station.

At the time the New Yorkers, Sarner, 39, and Orbay, 29, had complained to the front desk about their room lacking hot water.

Caldwell was working the desk at the time.

She offered a repairman to help fix the issue or promised to give them a different room, The Day reported.

Instead, Caldwell said she was accosted by Sarner both on the phone before he and Orbay tracked her down and inflicted the beating.