HE has developed a thick skin after more than 20 years in showbiz, but Duncan James never expected his pop fame to result in daughter Tianie being taunted by internet trolls.

The boyband star, who came out as being bisexual 12 years ago before publicly revealing he is gay in 2017, is used to homophobic abuse but says his 16-year-old girl has now been targeted on social media over his sexuality. 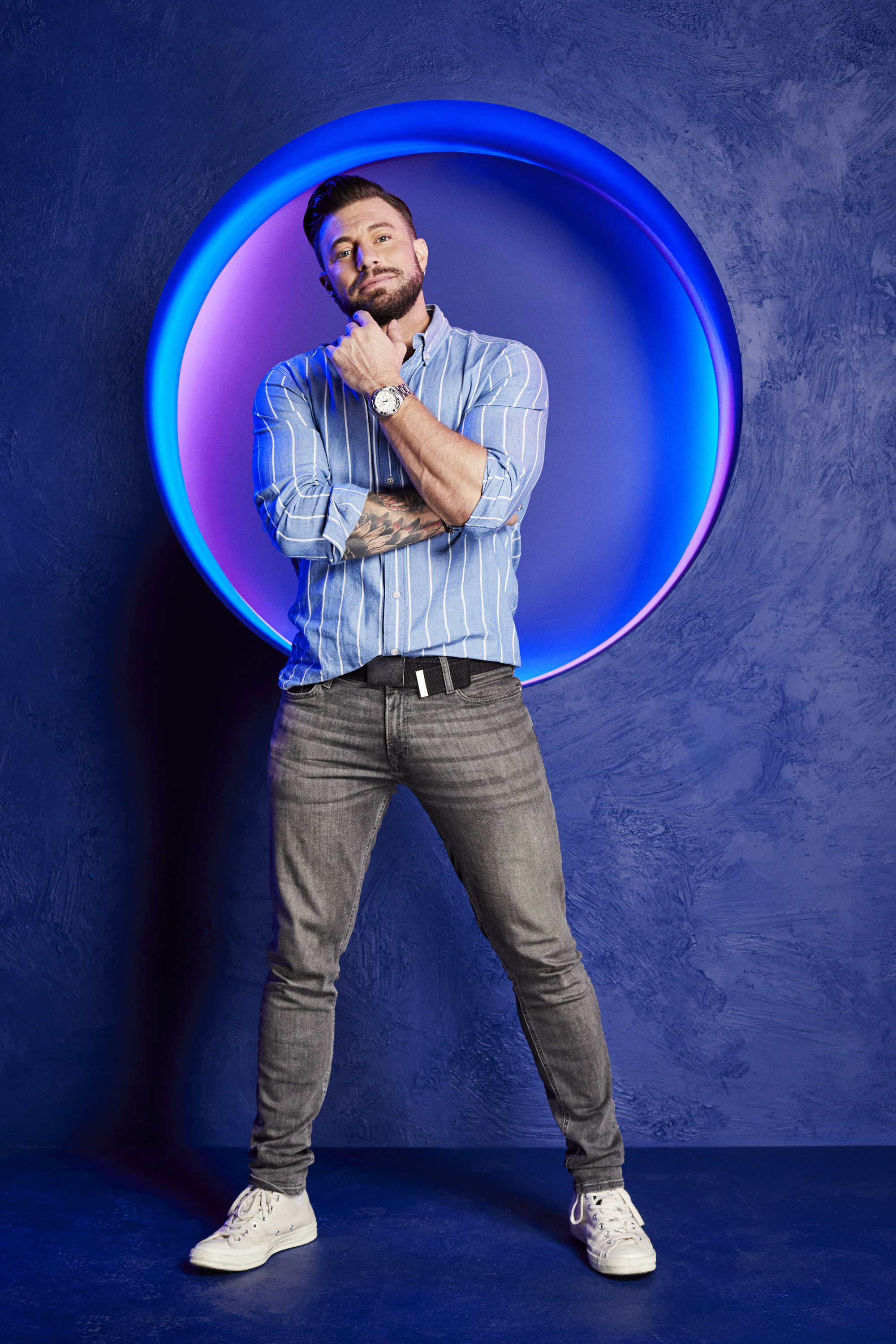 Duncan, 42, says: “She is at an age where she is very much into her phone, and her friends are all on social media platforms like TikTok — it’s very much her life.

“But she’s also aware that people could be horrible. People can be quite nasty about me being gay and say quite horrible things about the fact that I’m a gay dad.

“People have written to her, saying, ‘Isn’t it disgusting your dad’s gay? How do you feel?

“‘You must be ashamed of him’, and stuff like that, and you’re just like, ‘Why are you writing to a kid saying stuff like that? Are you really crazy?’ People are just awful.

“I’ve had quite a lot of people from other countries writing to me in disbelief that I’m gay, saying I’m going to burn in hell, it’s a sin and I’m going to be punished by God.

“I think it’s probably because they’re frightened about it or they don’t have the awareness or their religion has dictated that it’s wrong and it’s disgusting.” 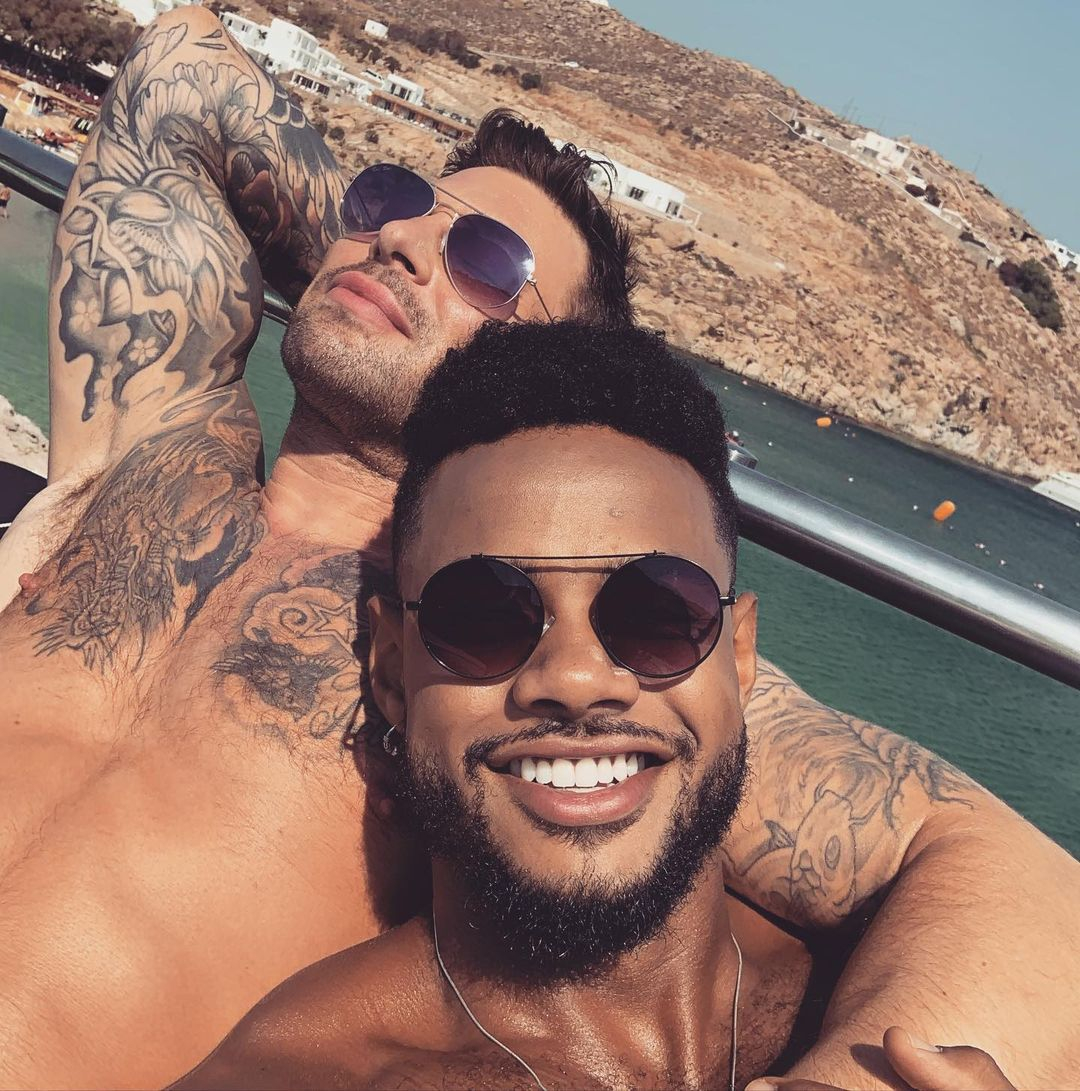 The popstar, who is in a relationship with Brazilian Rodrigo Reis, publicly revealed he is gay in 2017Credit: Instagram/mrduncanjames 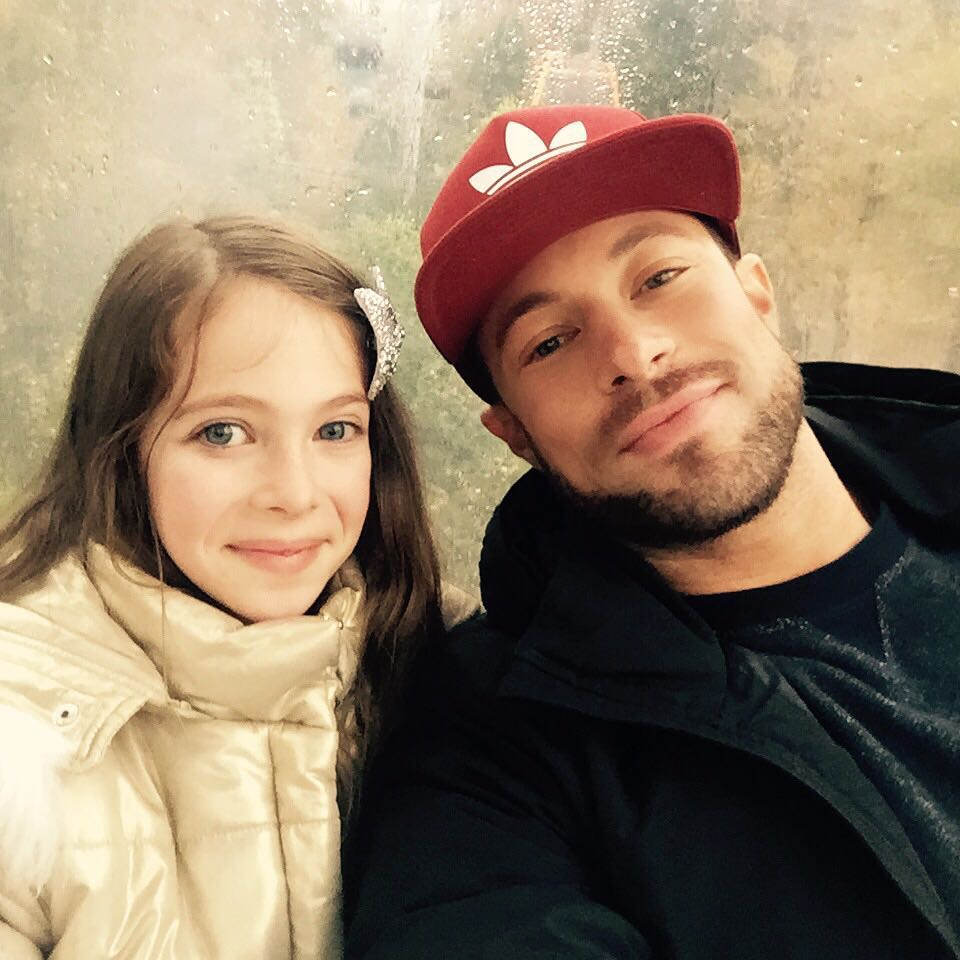 Duncan, 42, reveals his 16-year-old girl has now been targeted on social media over his sexualityCredit: Instagram/mrduncanjames

‘Rodrigo is a lovely boy’

Duncan recently went public with his Brazilian boyfriend Rodrigo Reis, two years after they met following a Blue gig in Belgium, where Rodrigo lives and works. He describes himself as a polyglot — a speaker of many languages — and “into fitness”.

Duncan says: “I’ve had some partners in the past that were not very nice. They weren’t particularly warm, happy people and sometimes you get into a toxic relationship and you don’t even realise that until you’re out of it.

“But Rodrigo is such a lovely boy. He’s just so smiley, happy, with lovely energy. He’s met my daughter and they really get on, so it’s just fantastic. I didn’t identify as gay for many years because of my issues with coming out, but finally I’m happy in my skin and this guy makes me proud to be gay.”

After Blue launched in 2000, Duncan quickly became a pin-up and had a string of high-profile straight romances, including with model Tara Palmer-Tomkinson, who died in 2017, and ex-Spice Girl Geri Horner, who Duncan came out to.

He previously said: “The truth is I was just a friend to these ­people. But I hid behind the Geri rumours — she was cool with it — and she proved to be a great disguise.”

Duncan had already come out to close family, such as his mum Fiona, before his then girlfriend Claire Grainger became pregnant and gave birth to Tianie-Finn in 2005. 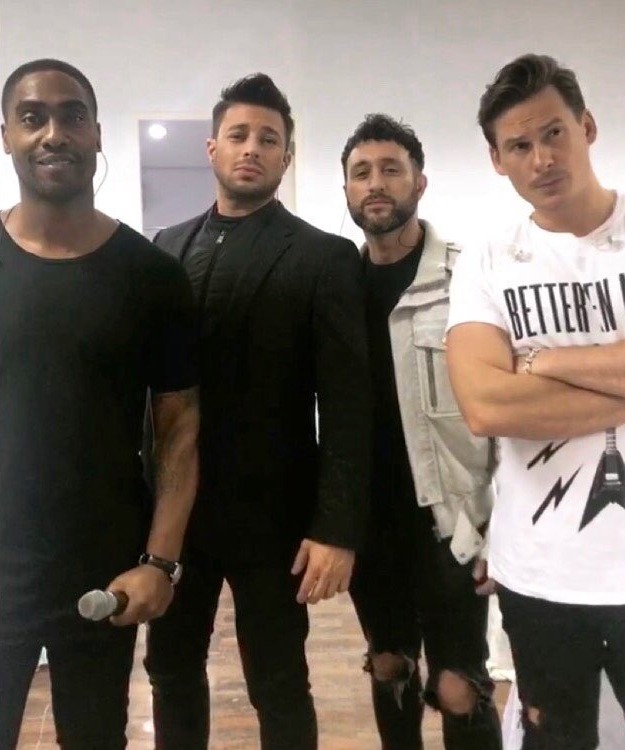 After boy band Blue launched in 2000, Duncan had a string of high-profile straight romancesCredit: Instagram/mrduncanjames 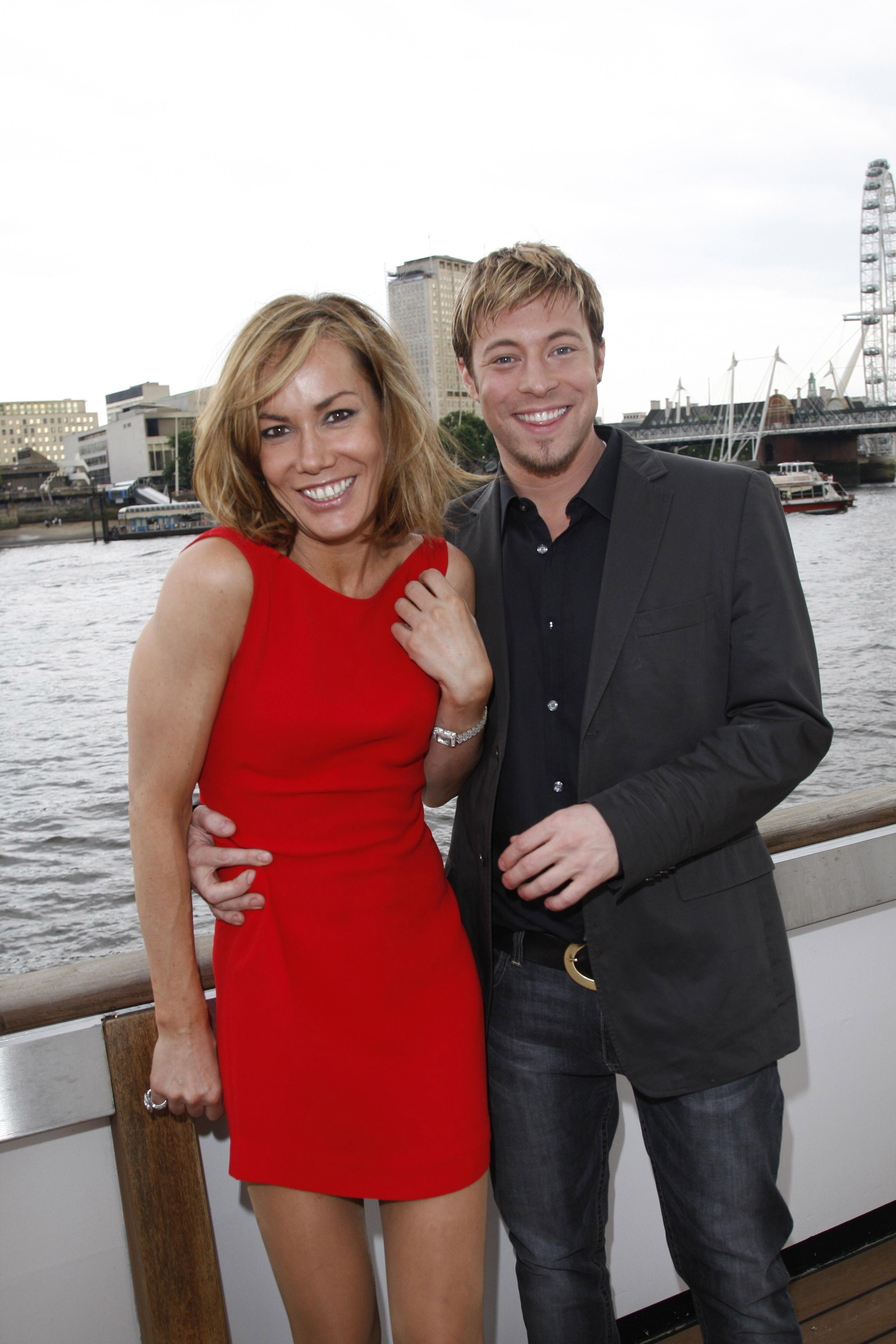 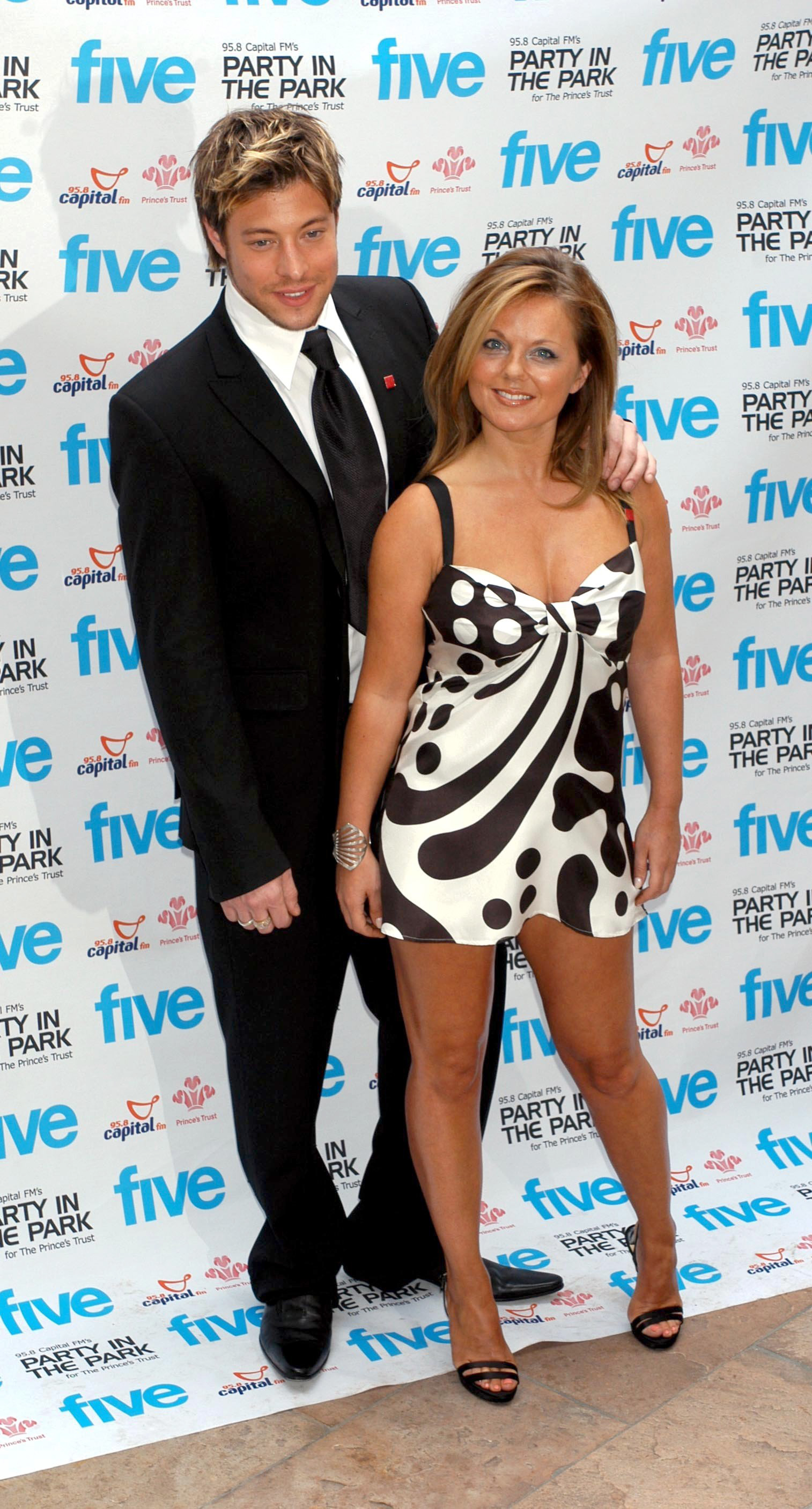 The popstar also had a romance with ex-Spice Girl Geri Horner, to whom he came out to and now says ‘The truth is I was just a friend to these ­people’Credit: Getty – Contributor

He later recalled his mum’s reaction: “Two months later (after coming out) I told her, ‘Mum, I’ve got something to tell you, I got a girl pregnant’, and she was like, ‘What? I thought you were gay!’ ”

While Duncan’s romantic relationship with Claire didn’t last, he reveals they are still good friends and says: “I feel the key to any ­relationship is communication, under-standing and respect. Claire and I have all that and we’re genuinely good friends. If she ever needs help, I’m there. Claire’s had abuse about me being gay too — people reach out and be nasty, but she’s learned to just block people. It’s made us stronger.”

And the pair are working together to protect Tianie, who is a student at the Royal Ballet School, from online abuse by limiting her social media use. Duncan says: “There’s that fine line. We want her to have her privacy but as a parent you just have to be really vigilant and aware that it’s not a nice place out there sometimes. You want your kid to be protected and safe. That’s the most important thing.”

Despite the homophobic abuse he and his family have received, Duncan could not be ­happier in his relationship with Rodrigo. He says: “We have talked about getting engaged at some point but that would have to come once we’re out of lockdown and our finances are better.

“It’s been a tough year because I haven’t really worked very much. Who knows, maybe this time next year I’ll be engaged? It would be lovely to be engaged.”

The singer also says he would consider giving Tianie a little brother or sister, adding: “For Rodrigo, having children is really important, so we have talked about it. 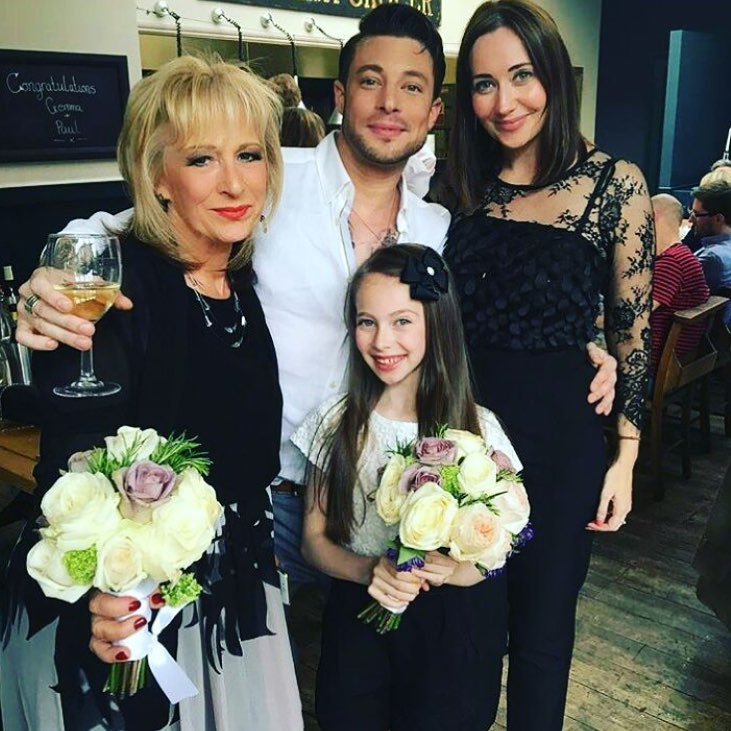 Duncan had already come out to close family before his then girlfriend Claire Grainger became pregnant and gave birth to Tianie-Finn in 2005Credit: Instagram/mrduncanjames 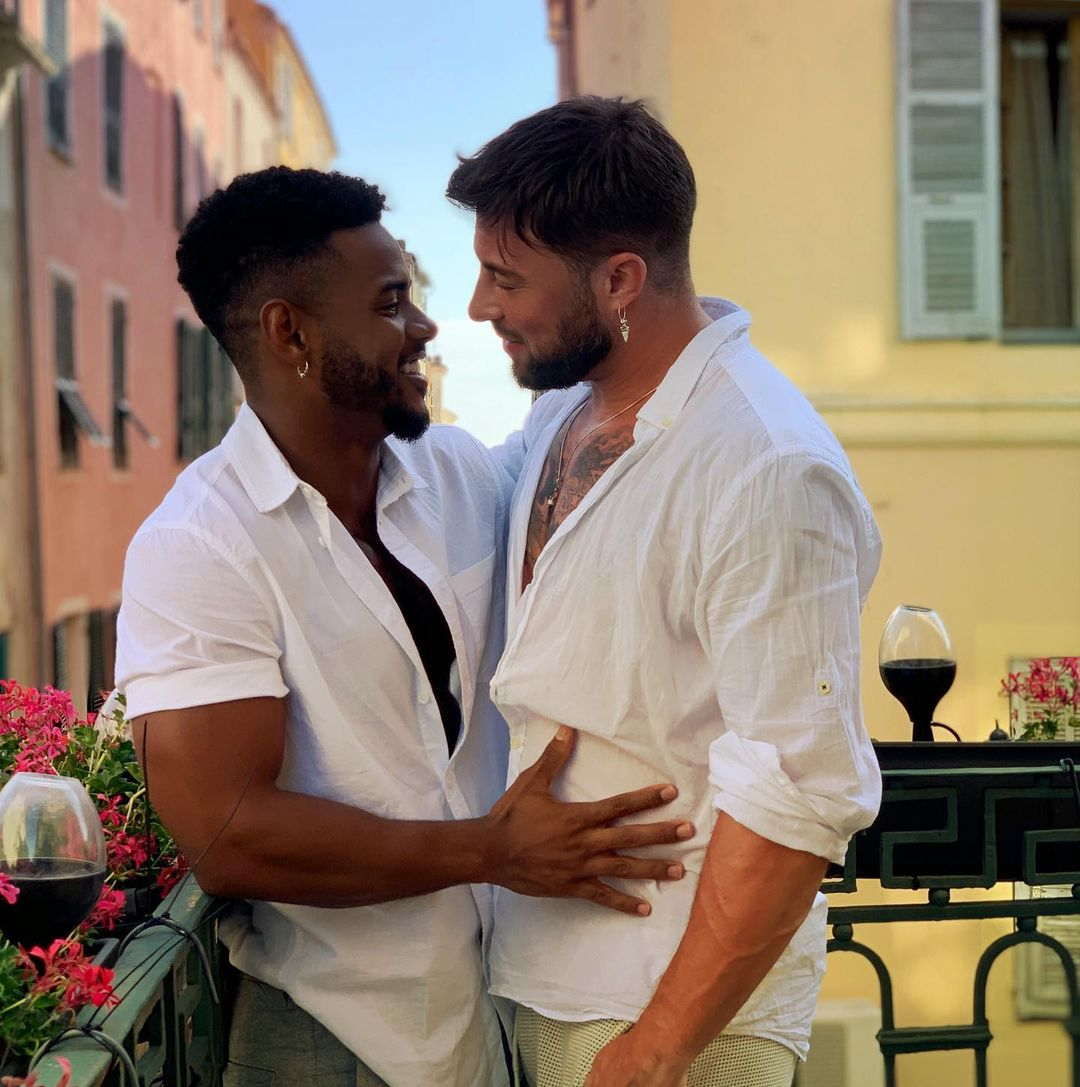 Despite the abuse he and his family have received, Duncan could not be ­happier in his relationship with RodrigoCredit: Instagram/mrduncanjames 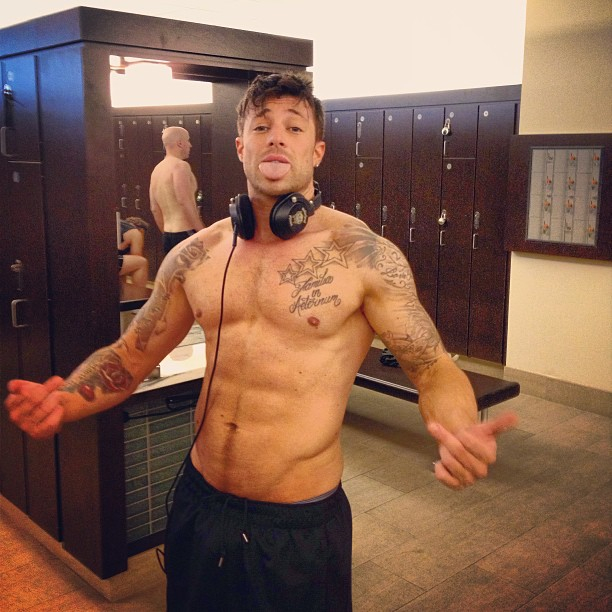 He says ‘For Rodrigo, having children is really important, so we have talked about it’Credit: Instagram/mrduncanjames

“He’s said he would love to be a father at some point. The thing with me is I don’t want to commit to having a child until I am married and I know it’s a secure relationship. I think having a child is something you have to think long and hard about, especially in a gay relationship because it’s a lot harder.”

The couple have spent much of the past year apart due to Covid, and Duncan admits: “Lockdown has been tough on our relationship. It’s been hard to be apart from Rodrigo but I’m happy to say we’ve lasted the test of time. We’re still strong and together when lots of people I know have broken up in lockdown. I feel very lucky. He’s at home in Belgium and I’m here. I miss him so much. We speak maybe ten times a day and we always FaceTime before we go to bed.”

Their next challenge will be when Duncan takes part in C4 reality game show The Circle, in which celebrities assume different identities and are locked in separate flats in an apartment complex and only communicate via a social media platform called The Circle.

On the show, which has been pre-recorded, the most popular celebrity wins, in a vote among all of them. Duncan says: “I can go in and be flirty and there’s nothing wrong with me pretending to be single or broken up from my partner, and to be able to have a bit more fun and flirt with people, even though I know that’s not the case.

“But my justification is I’m not doing anything wrong. I’m not actually cheating, I’m just flirting. I’m lying to somebody. I’m having fun with someone. Obviously I’m known as gay now, but back in the day I was straight, so I can use the bisexual card to my advantage and be flirty with the girls as well.”

Until now, Duncan has avoided reality TV but this series, which also features Denise van Outen, Nadia Sawalha and Towie’s Pete Wicks, is in aid of the Stand Up To Cancer charity which is close to Duncan’s heart. He says: “I haven’t done any of the big reality shows but The Circle is different. 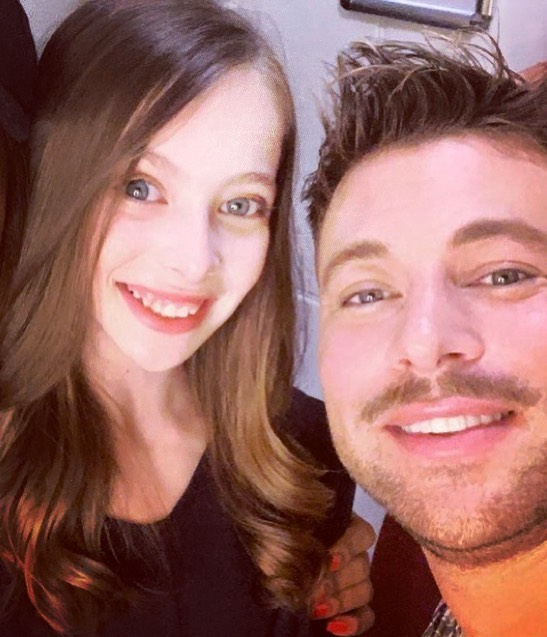 The protective father says ‘You want your kid to be protected and safe’Credit: Instagram/mrduncanjames 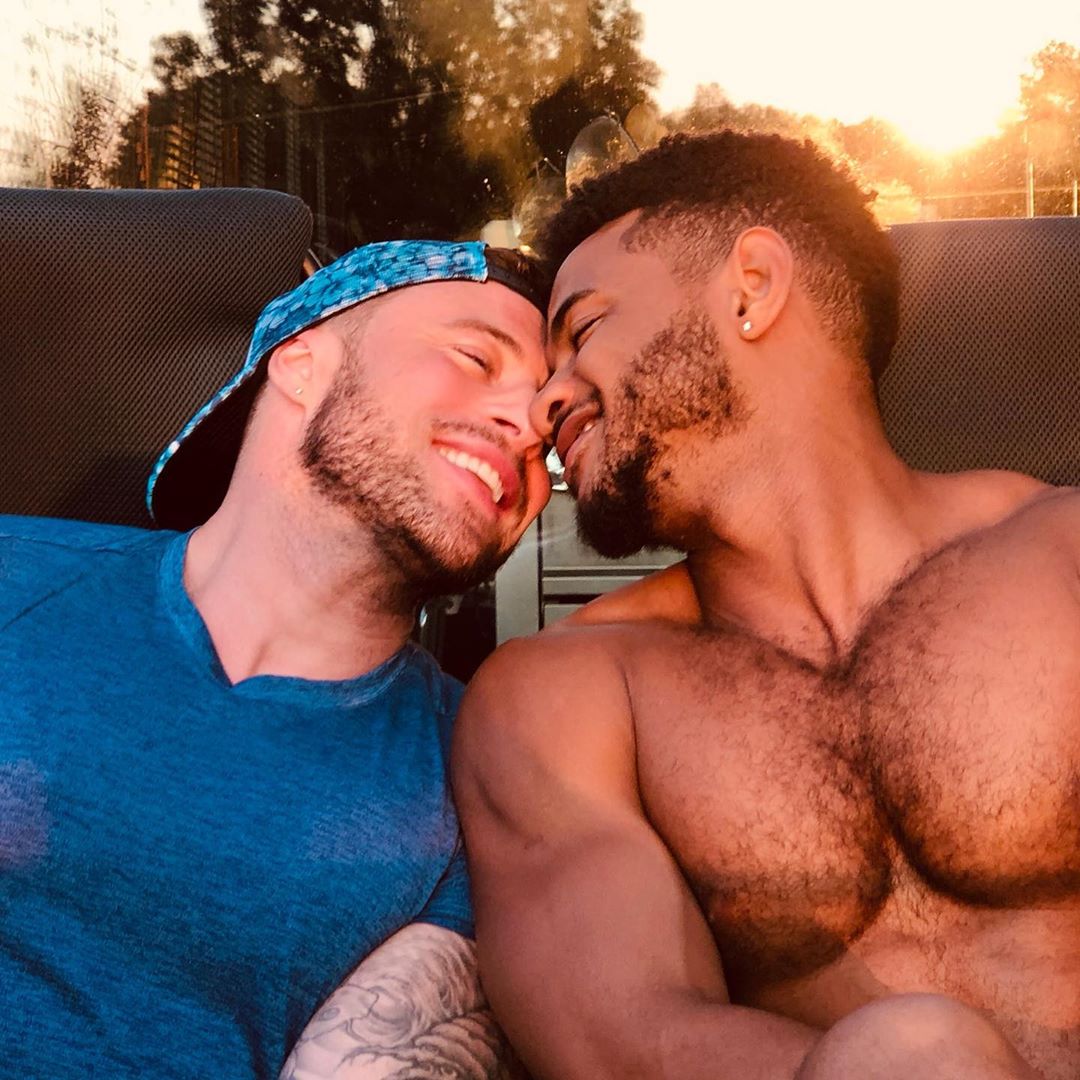 Duncan will take part in The Circle in aid of the SU2C charity which is close to his heartCredit: twitter.com/MrDuncanJames 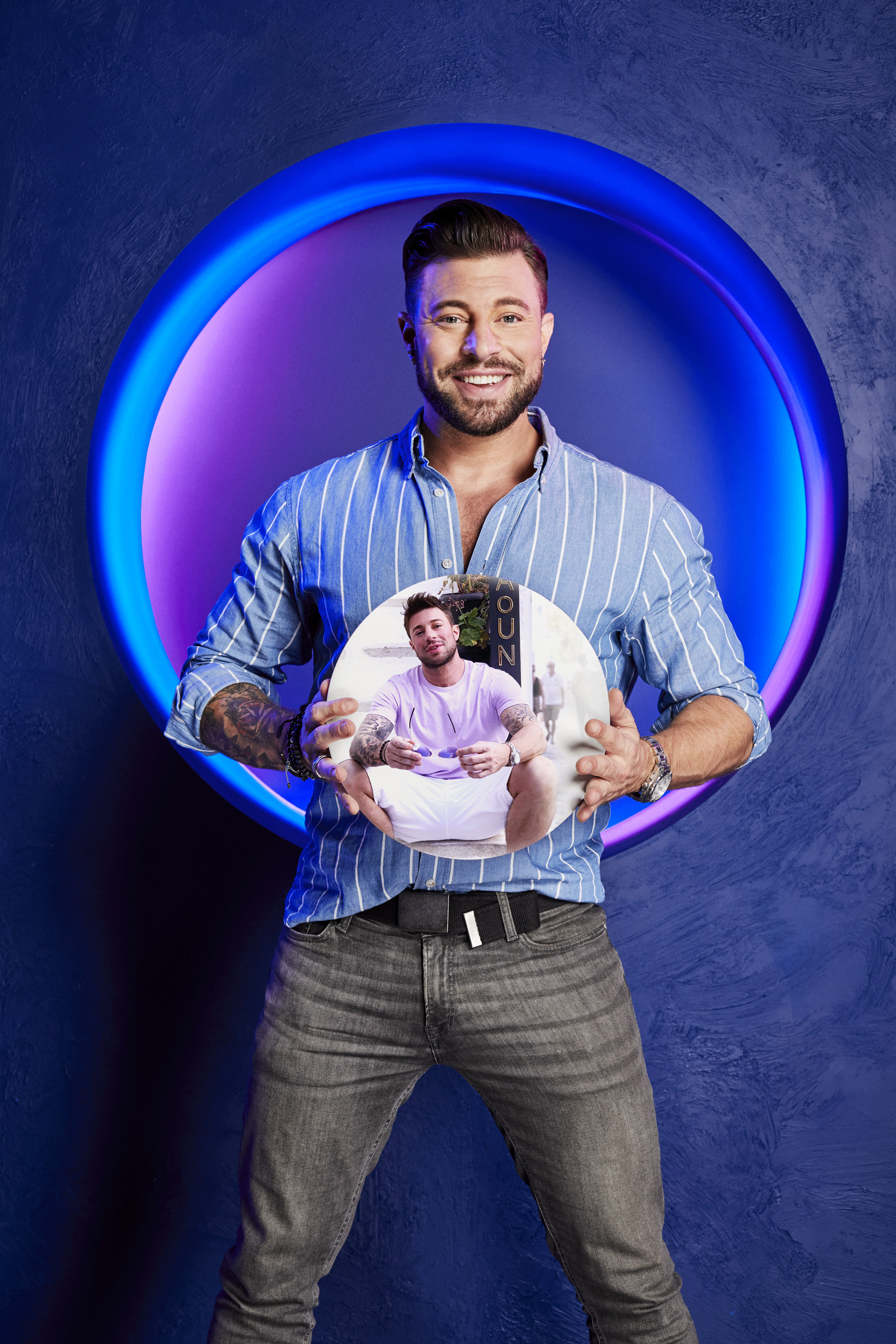 Duncan says ‘I’m in my 40s and I have to be very aware of prostate cancer, which affects a very high percentage of people my age, and can kill’Credit: Channel 4 / Rachel Joseph

“You’re in a game and not interacting with other people face to face, so it’s not like you are getting yourself in certain situations or conversations that you can’t get away from. Thankfully, I’ve never had ­cancer but I know lots of people around me who have.

“What’s really sad now is we’re all more ­worried about a cough or a temperature than actually checking ourselves for cancer.

“I’m in my 40s and I have to be very aware of prostate cancer, which affects a very high percentage of people my age, and can kill. It’s a silent killer for men.”