OVER 40 million Americans in the South are bracing themselves for a string of severe thunderstorms that could bring hail and potential tornados.

For the second day in a row, severe storms are expected to pummel the south, bringing heavy rains to parts of Louisiana, Mississippi and Alabama while bringing hail and tornados to Texas. 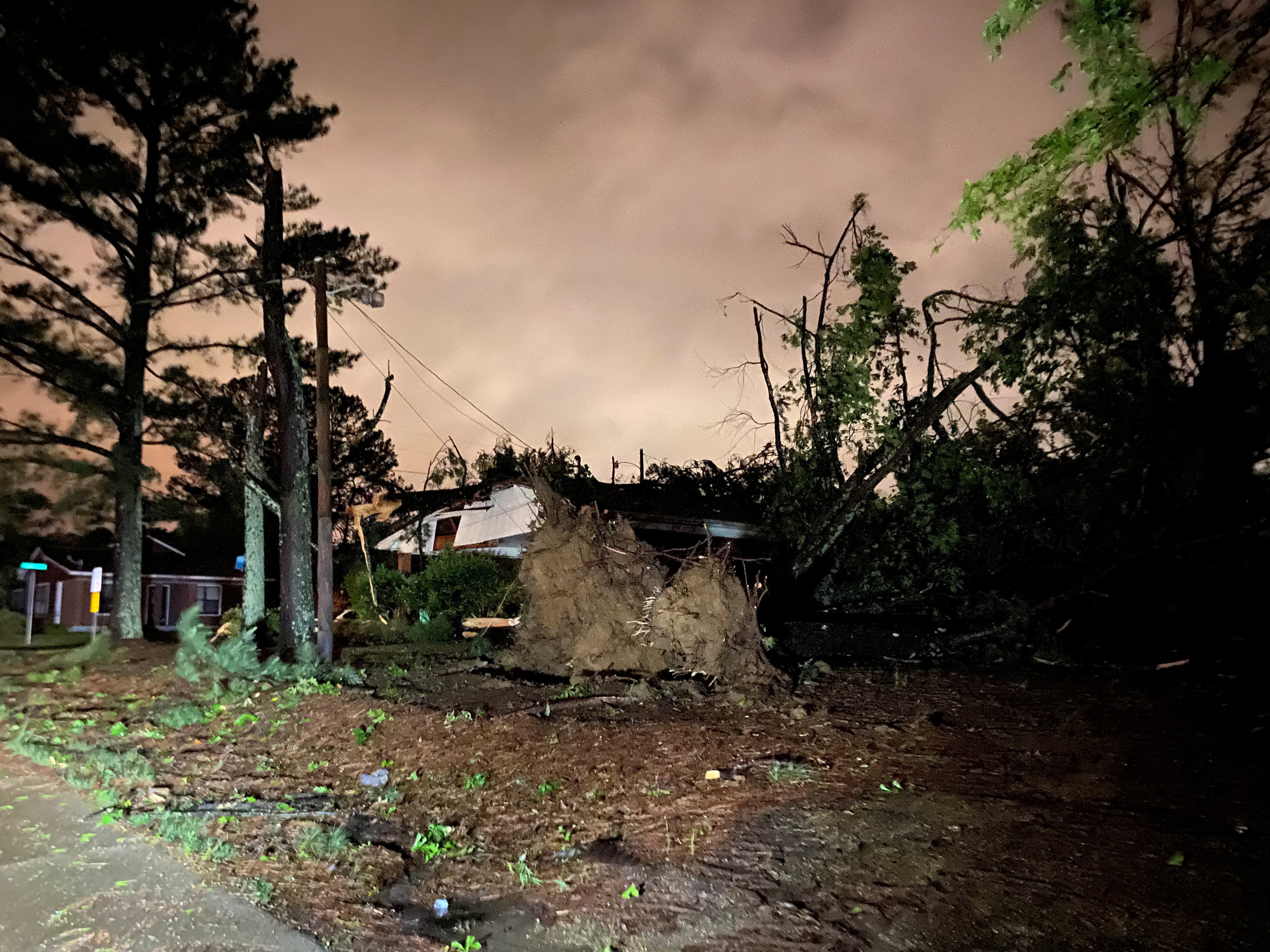 Over 40 million people are bracing for severe weather in the southCredit: Reuters 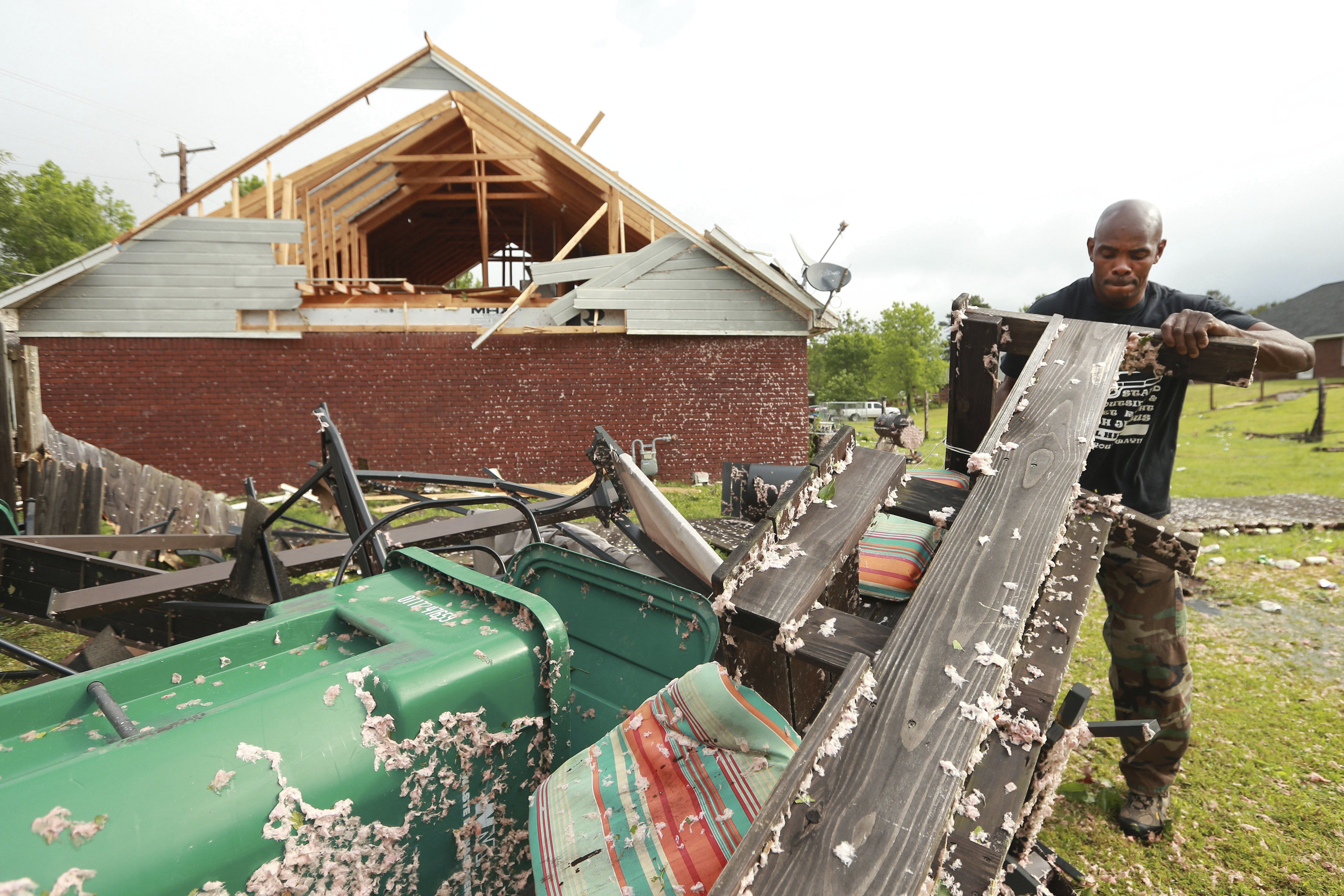 Those states, along with Tennessee, boasts a population of over 11 million people, with dozens of school systems in Mississippi and Alabama taking early precautions and dismissing students early to get people off the roads.

Just 30 miles south of Dallas in a town called Waxahachie, people said a tornado cut across an interstate and flipped some big rigs, forcing drivers to run to save them from the wreck.

Eight people were treated for injuries and three drivers sent to the hospital with one with serious injuries.

“I’ve never seen nothing like this. It’s hard to see, but somebody needed to do something,” one witness told CBS of a storm south Fort Worth, Texas. 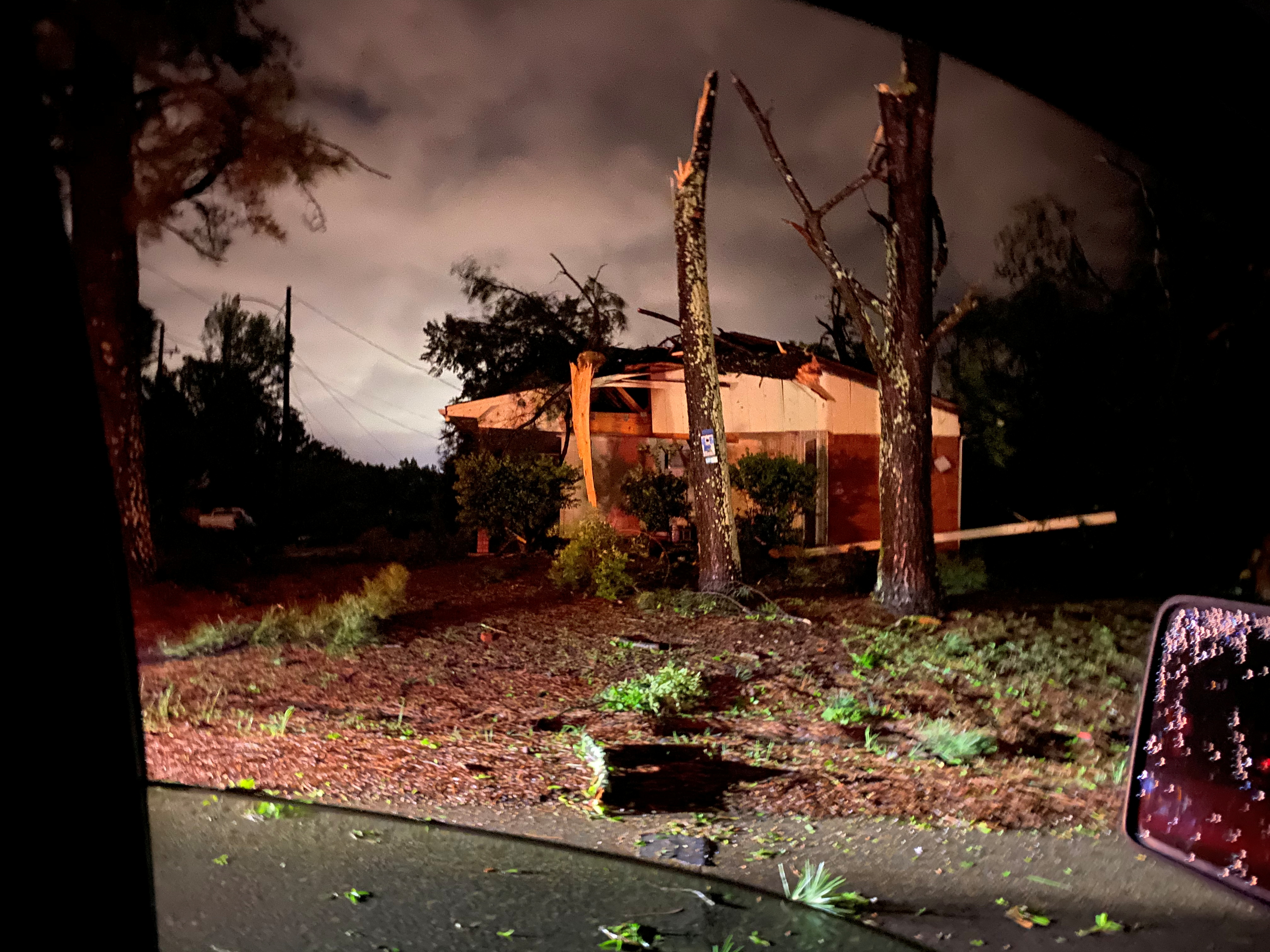 Texas has already been pummeled with severe weather this weekCredit: Reuters 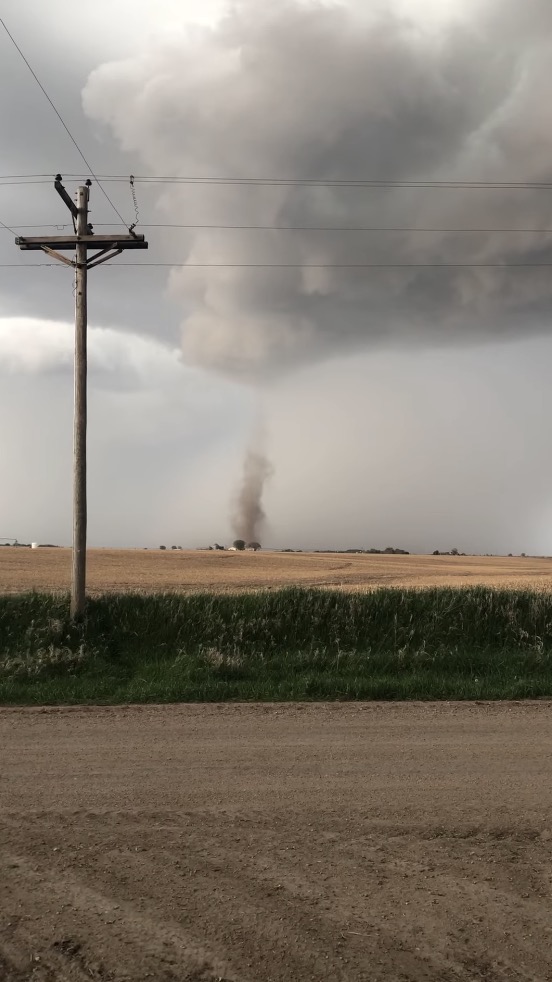 Texas has already seen a number of tornadoes in the region, hospitalizing at least five peopleCredit: Facebook

Five more people were hospitalized in Texas for a similar storm in Ellis County.

“Fortunately no human life was taken and we feel blessed for that right now,” said Ellis County judge Todd Little. “Fortunately at this time, no fatalities.”

About 25 to 50 structures were damaged as the tornado headed towards a residential area.

San Antonio is also bracing for three-inch-diameter hail this week. 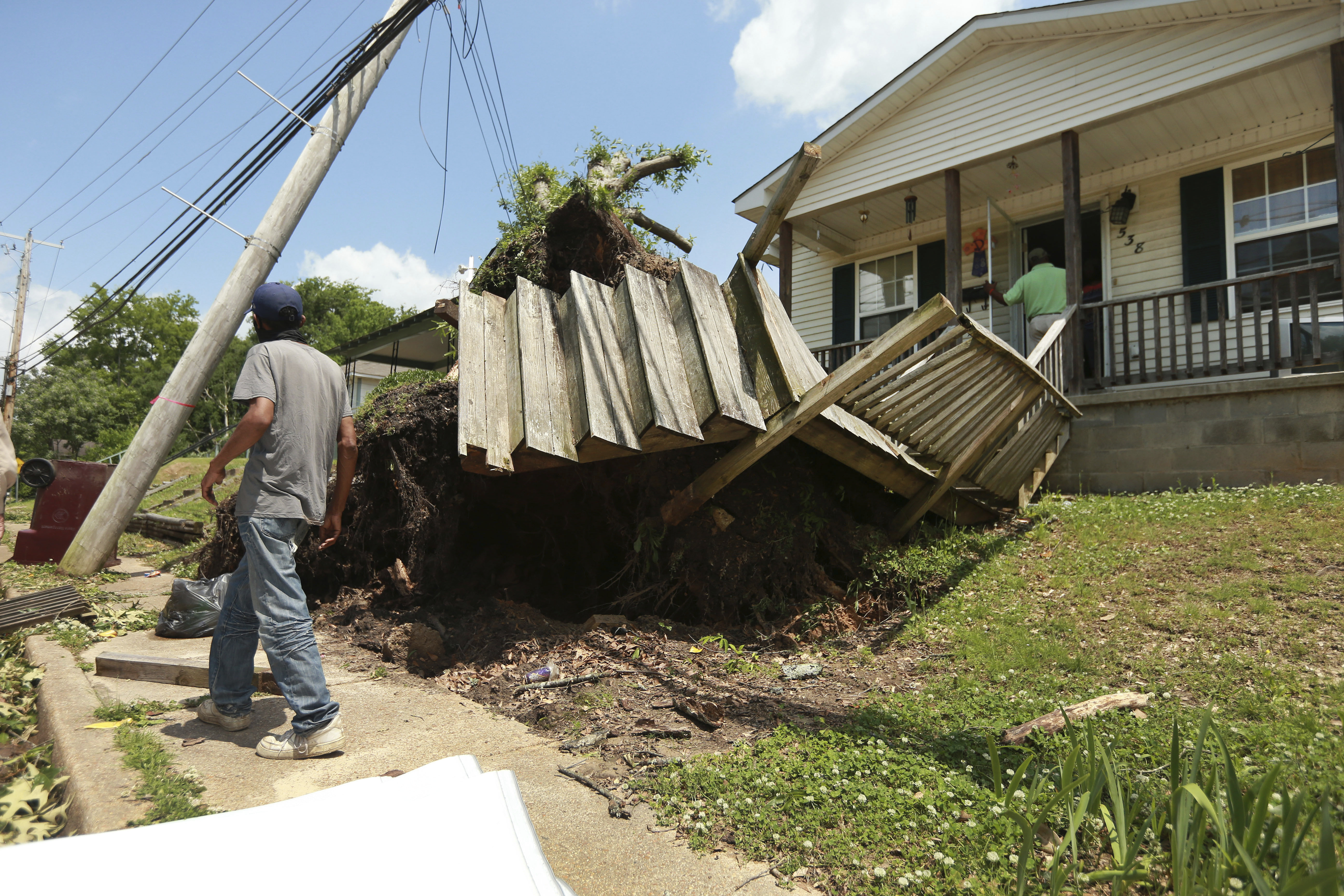 Over 350,000 people are without power in Mississippi and surrounding areasCredit: AP 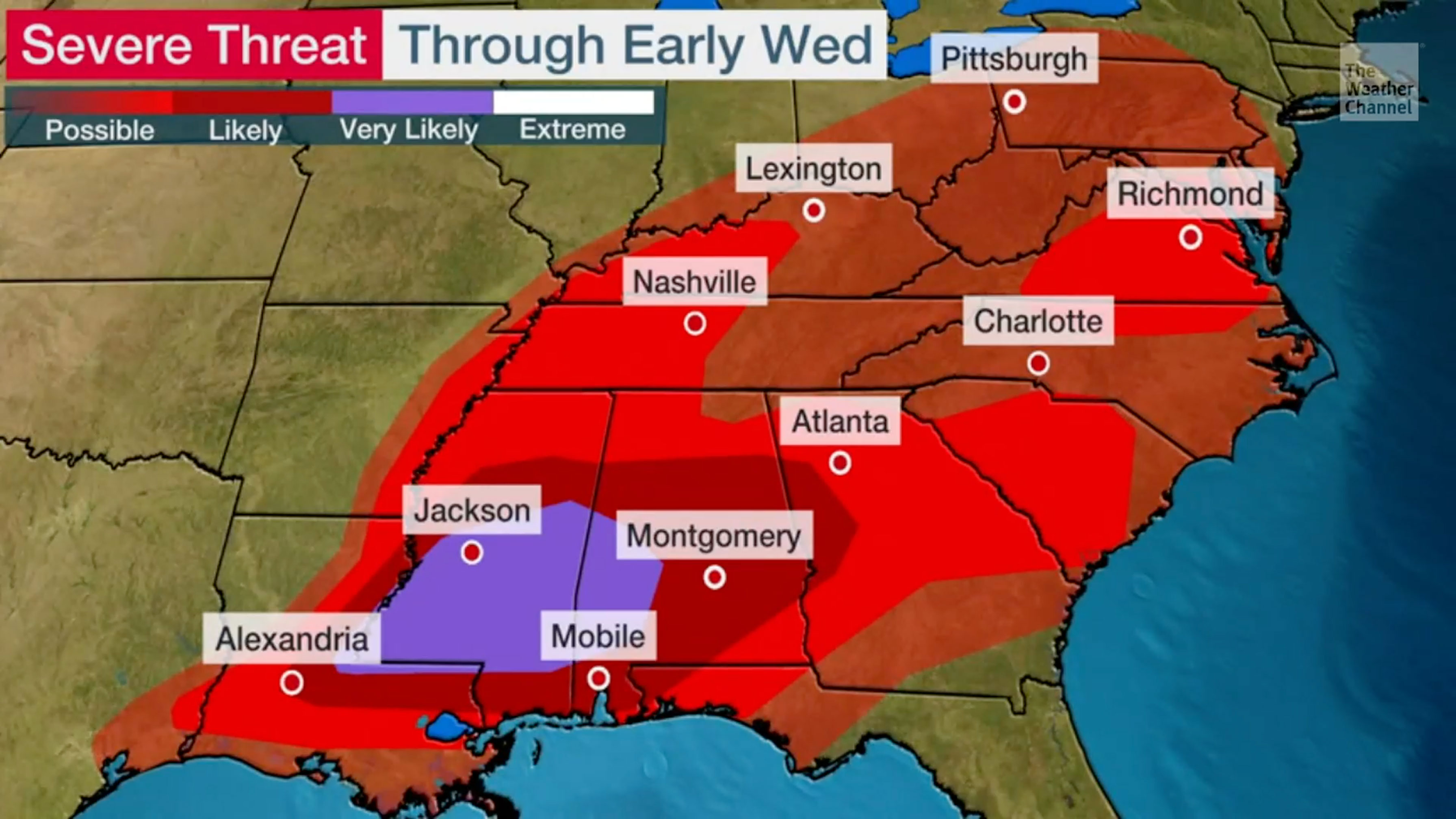 The weather is expected to continue well into Wednesday nightCredit: weather.com

Over 143,000 people in Mississippi are without power after huge gusts of wind and rain pelted the south on Tuesday.

Three people have already died this week due to the storms.

At least 30 homes were damaged in Tompkinsville, Kentucky near the Tennessee state line from what the NWS determined was an EF1 tornado.

Winds upwards of 75 miles per hour were clocked in around cities in the south, as they brought with them heavy rains that triggered major flooding in the Birmingham, Alabama region. 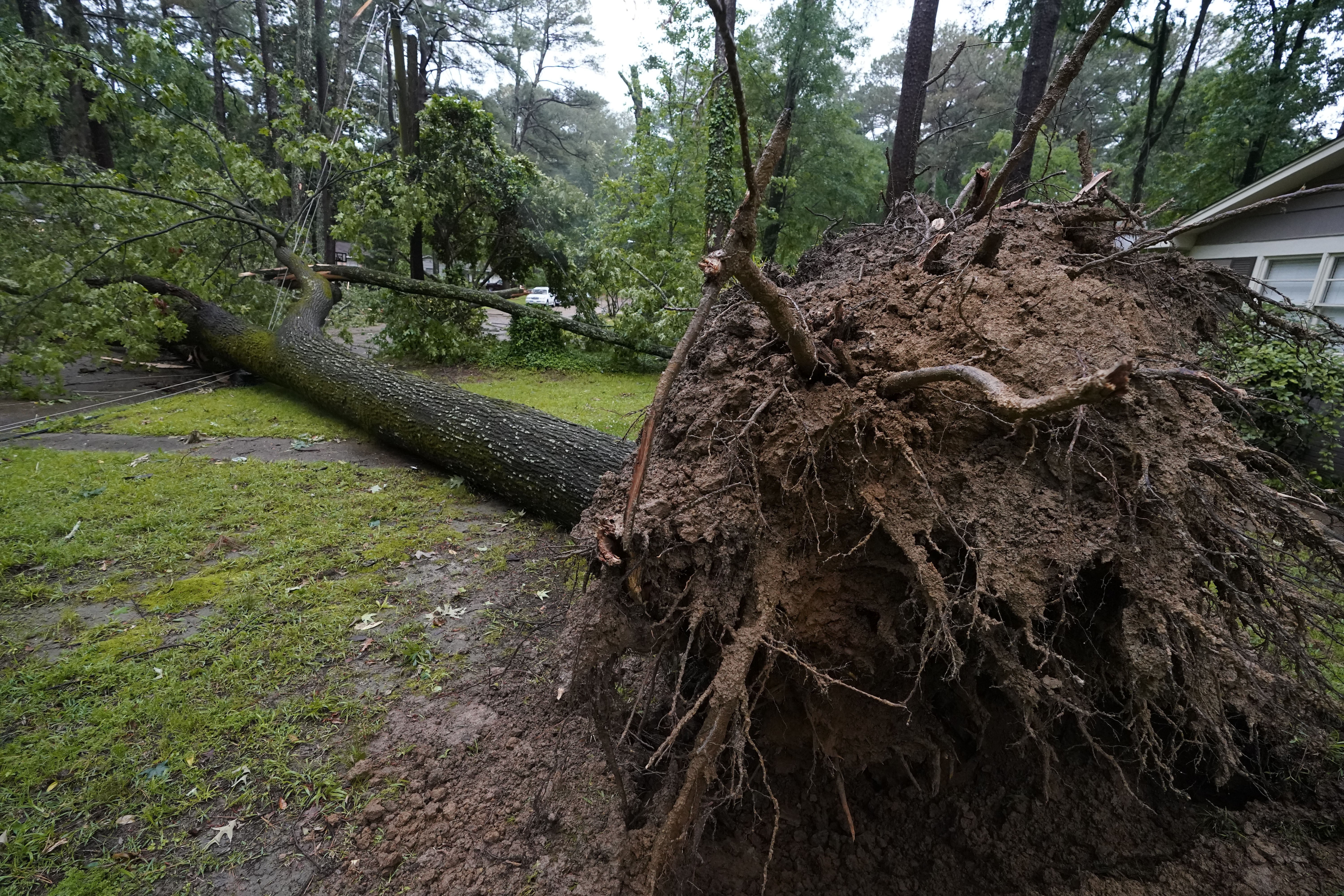 The NWS expects severe winds to bring the most damage to the regionCredit: AP 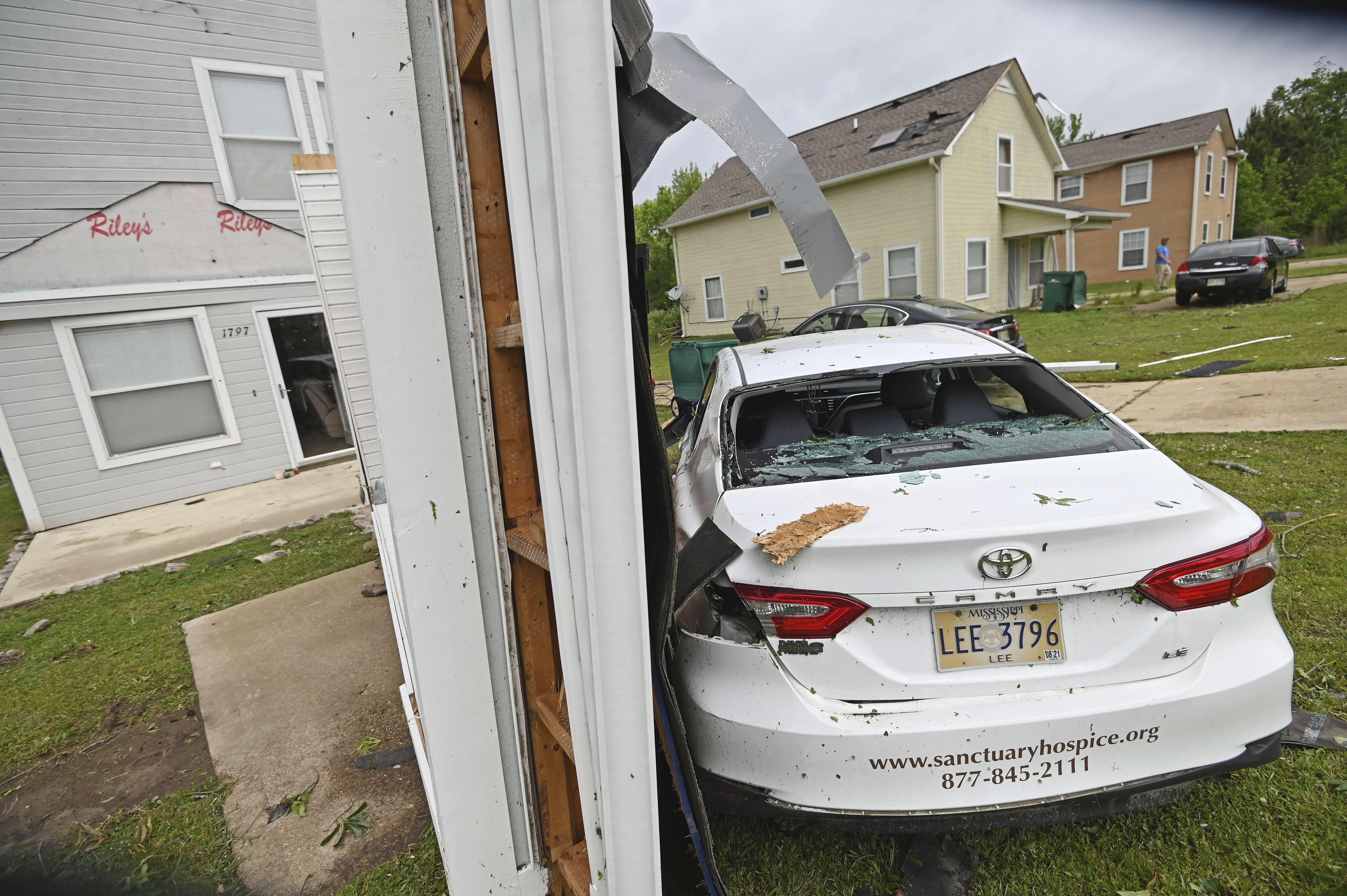 Drivers rushed to rescue people stuck in a wreck after a tornado flew through a Texas interstateCredit: AP

Water rescues and evacuations were required in the state’s neighborhood of Homewood, while homes flood south of Birmingham in Shelby County.

The National Weather Service as a result issued a rare flash flood emergency, which is only used for particularly dangerous, life-threatening situations.

Flash flood watches were also issued for parts of the northern Gulf Coast into the Appalachians.

The incoming heavy rains could increase the potential for flash flooding in the region, the NWS warned, saying the area has been saturated by recent rainfall.

Scattered thunderstorms are likely in the Carolinas, Virginia, and Maryland.

Likely, damaging winds would be a threat, but it could also bring with it tornados and hail.