CITIES in France could face tougher restrictions – after the country rejected calls to go into a third lockdown earlier this year.

Health minister Olivier Veran admitted Covid infections are spreading rapidly and said further clampdowns on movement could be required in Nice and surrounding areas in the coming days. 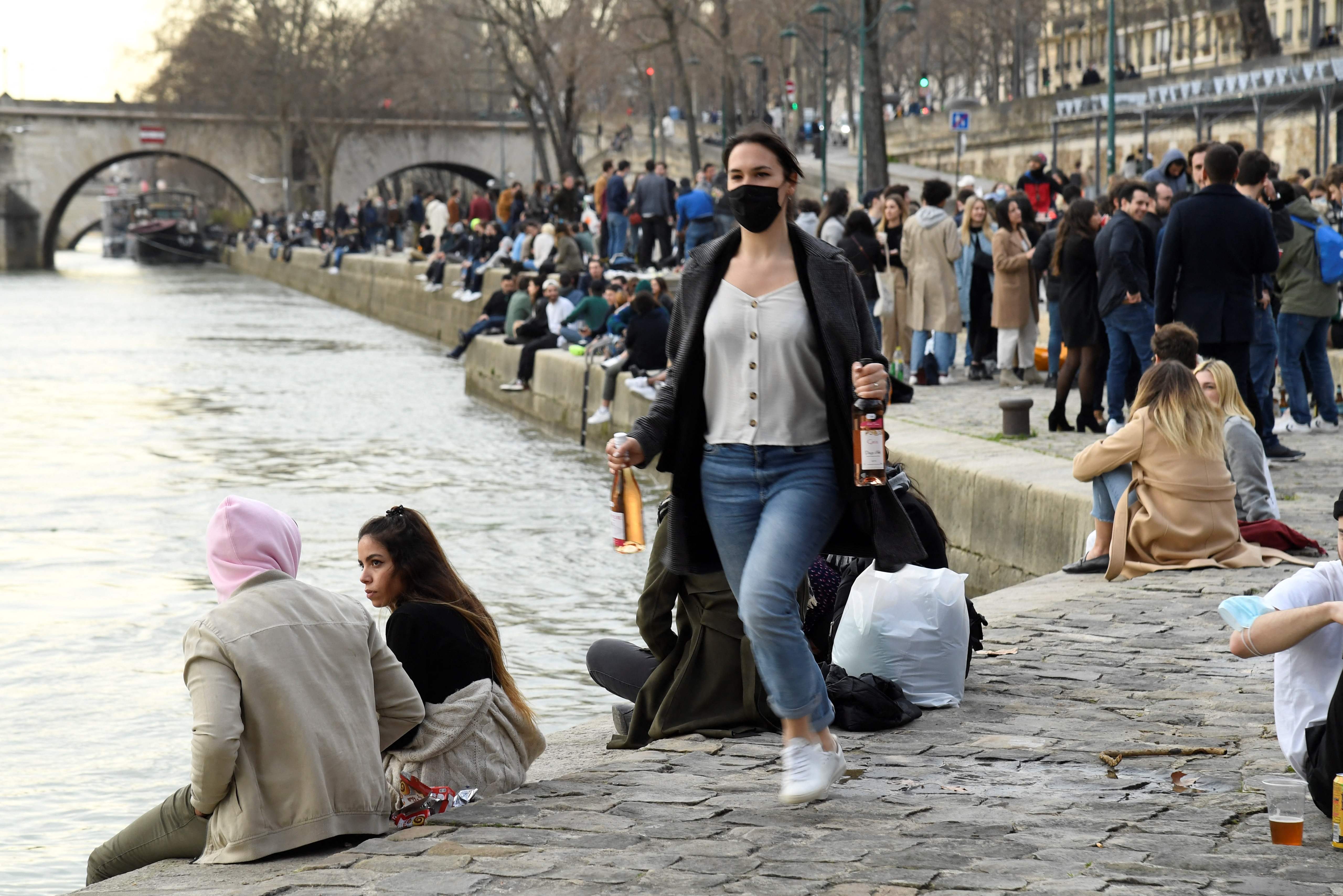 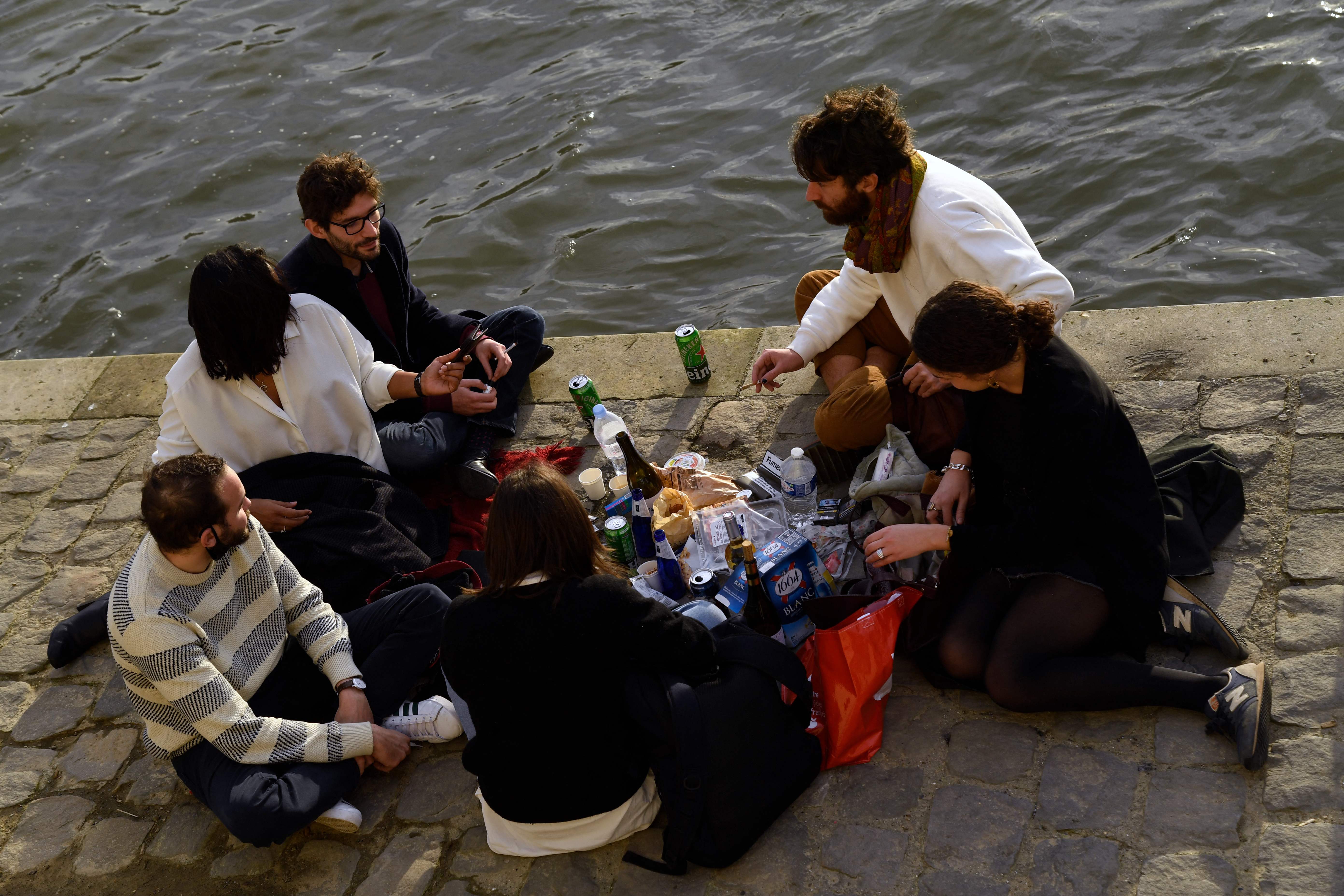 It comes after the country rejected calls for a third lockdown in 12 monthsCredit: AFP or licensors

A decision between tightening the existing curfew or partial lockdowns will be made this weekend, he told reporters this morning.

During a visit to a health centre in Nice, he said: “There are a few cities and areas in France where the virus is circulating much more quickly than elsewhere and this may require regional confinement measures.”

Nice mayor Christian Estrosi said: “If the government decides we need to go to a partial lockdown, for instance each weekend, I will support it and encourage it.”

France recorded 24,116 new coronavirus infections on Friday – an increase of almost 4,000 on the previous week.

French President Emmanuel Macron recently decided not to push the country into its third lockdown in 12 months, although an 8pm national curfew was tightened to 6pm in mid-January.

But less than a fortnight later, on January 27, government spokesman Gabriel Attal acknowledged the curb had been “relatively ineffective” and wasn’t doing enough to “sufficiently slow down the circulation of the virus”.

Meanwhile, the EU-backed vaccine roll-out proceeds at a crawl after it was announced on Thursday that Pfizer had failed to deliver 10million Covid jabs to the bloc that were due in December. 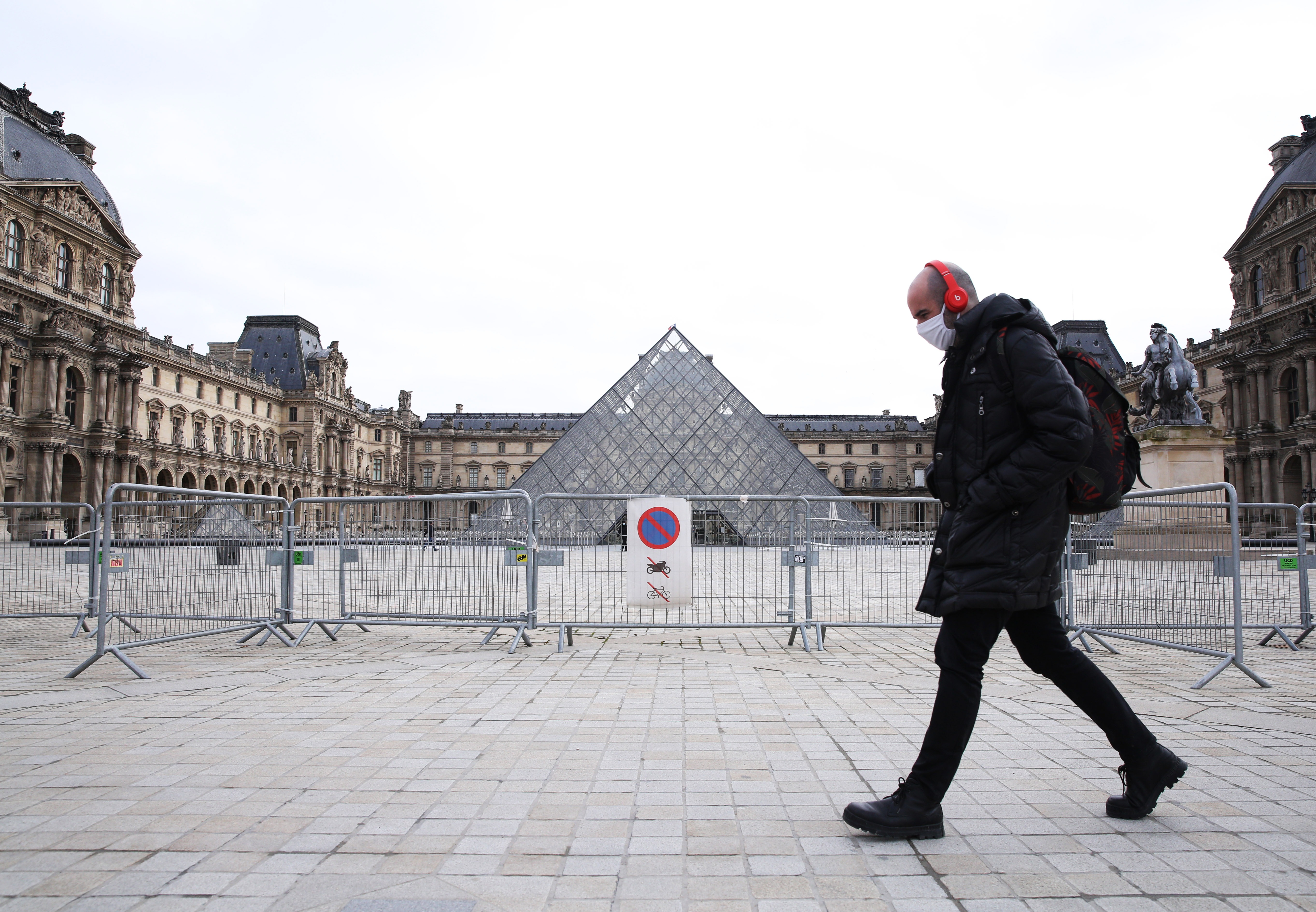 Rather than another lockdown, the government instated a series of tough measures, including a curfewCredit: Rex Features 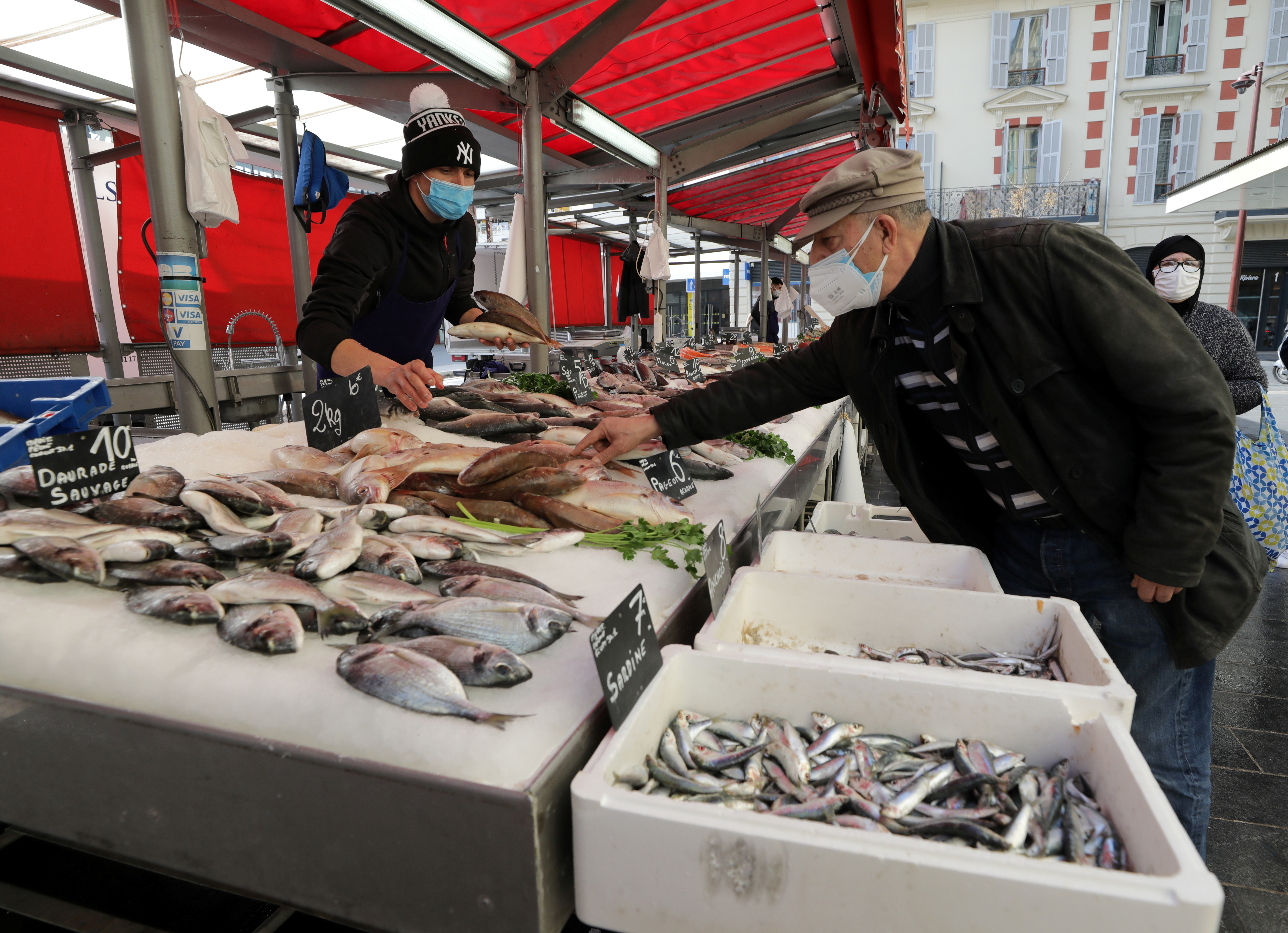 Shops and schools are open, but workers have been told to stay at home for their job if possibleCredit: Reuters 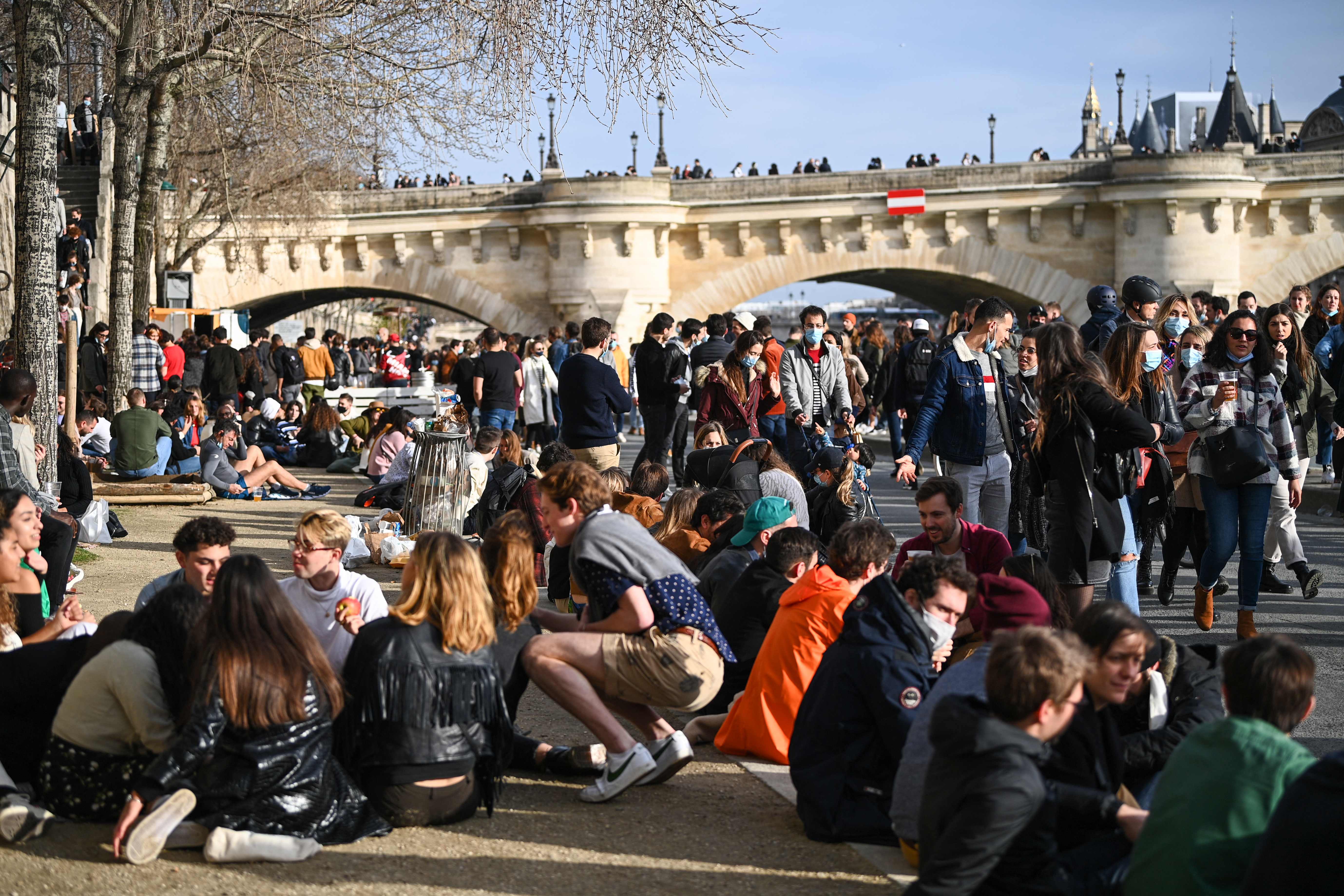 But cases are continuing to surge, prompting fears of tougher measuresCredit: AFP or licensors

The issues prompted former Belgian prime minister and EU advocate Guy Verhofstadt to concede this week that the bloc’s vaccine efforts had been a “fiasco”.

It follows a bitter row with the UK over the AstraZeneca/Oxford jab.

Macron claimed the dose “doesn’t work” on over-65s – despite Brit scientists’ assurances that it does.

Mr Beaune told France Info: “The British are going faster because they have relied heavily on the first injection.

“If we look at the number of people who have had both injections in the UK and the EU, France included, we see the number of fully vaccinated people is lower in the UK.

“What is happening in the UK is not something I would like to have here.

What are the rules in France?

A nightly curfew is currently in force.

Between 6pm and 6am, residents can only leave their homes for limited reasons, including medical appointments, to commute to work or to briefly walk a pet within a kilometre of their property.

Workers must stay at home if they possibly can.

However, all schools are open, and face masks are compulsory for all children aged six and above.

Most shops and services are open, but have to shut at 6pm.

“It’s a strategy of massive vaccination with more risks because their health conditions are worse.”

However, scientists say just one Covid jab offers two-thirds protection against the virus, with the Pfizer vaccine starting to work in as little as two weeks, and the Oxford/AstraZeneca jab offering similar protection.

Experts say it supports the UK’s aim of giving as many people as possible the first dose, rather than fully vaccinating a smaller number quickly.

And World Health Organisation special envoy Dr David Nabarro called the result a “great lesson for the rest of the world”.

“Isn’t it wonderful that it has turned out, as result of the UK’s bravery, frankly, that this extended interval seems to be associated with even greater protection,” he said.

“We are benefitting from the willingness of UK scientists and leaders to tell us very precisely what they’re doing differently and why they’re doing it differently, and then we add it up and we learn from it.

“Their approach has been vindicated and I think it’s a great lesson for the rest of the world.

“Thank you, thank you, British scientists.”

‘Brave’ Britain praised as delaying second Covid vaccine DOES work in ‘great lesson for the rest of the world’, WHO says

Nina dumps Asha as she pressures her into sex

How to Stay Accountable with Your Health Goals