BARCELONA cannot afford to keep Lionel Messi witthout selling players due to the LaLiga salary cap, according to a Spanish football expert.

The 33-year-old’s contract is up at the end of the season as he is linked with a move away to Paris Saint-Germain or Manchester City. 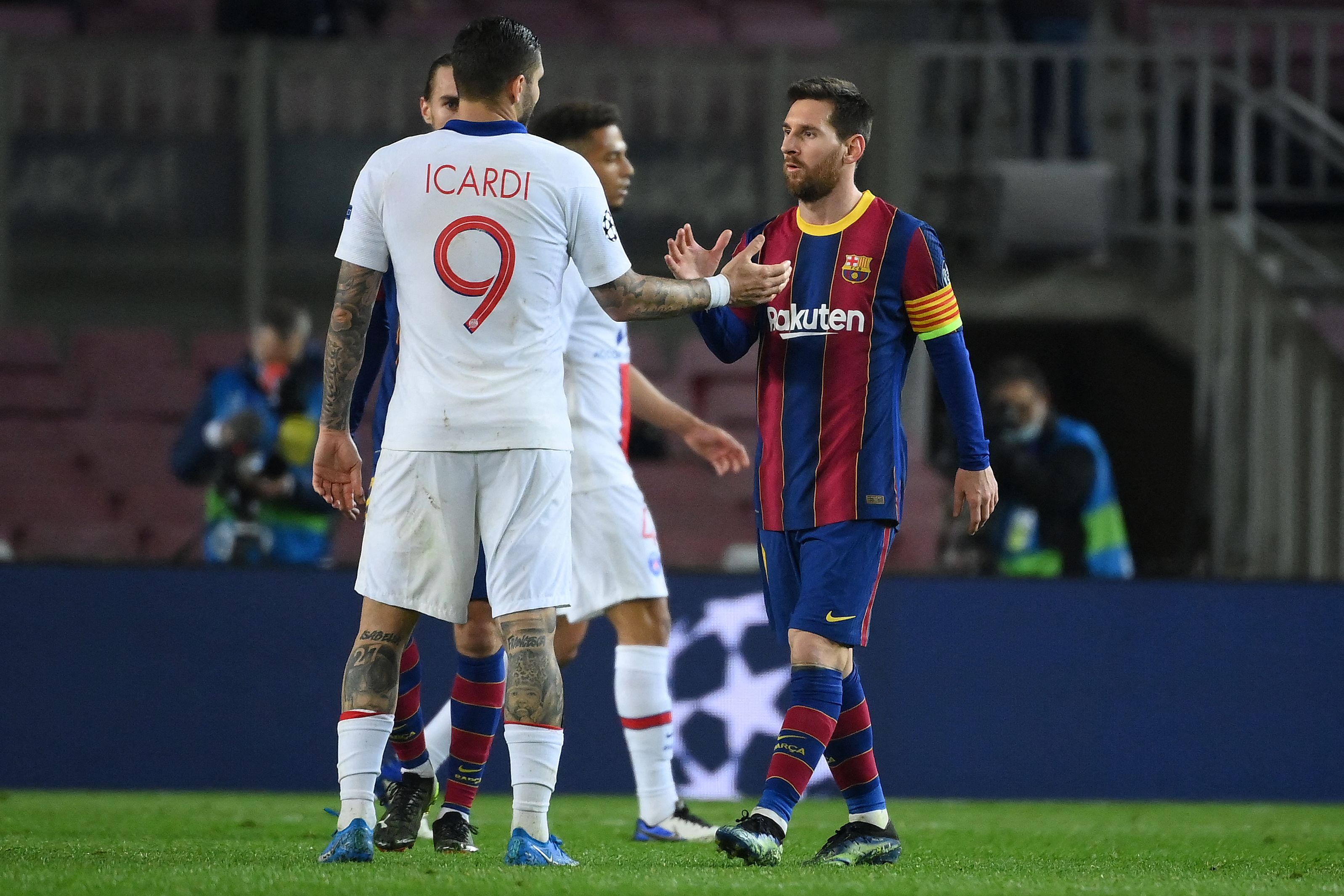 Messi and Barcelona were humbled by PSG in the Champions League last monthCredit: AFP OR LICENSORS

And according to journalist Pete Jenson, Messi’s wages would need to be significantly cut if he was to stay with Barcelona because of salary restrictions.

Speaking to Sky Sports, he said: “There’s a £35million reduction in the salary limit that’s imposed by the league. They actually broke the salary limit last season and sort of got away with it because of the coronavirus.

“There current salary wage bill is about £390m so they need to bring that down to about £347m. I think they don’t need to be told to do that by the league, I think they’re aware.

“We know the debt they’re in. They have to find around 260 million euros by the end of June.

“Well they’re not going to find that by the end of June so whoever wins the election is going to have to sit down with the banks and the financial institutions they owe money to and re-negotiate those debts.

“And obviously Lionel Messi, if he’s going to stay at the club he needs a new contract. It’s not going to be anywhere near the same levels of the contract he was given in 2017.

“And they’re going to try and sell players but it’s not going to be easy. They tried to sell players last summer and it wasn’t possible.”

Neymar and Angel di Maria are among those at PSG who have been trying to persuade Messi to join the French champions.

Meanwhile, Man City boss Pep Guardiola has stated that he wants Messi to finish his career at Barcelona.

The Argentinian is the top scorer in LaLiga so far this season with 19, three ahead of former teammate Luis Suarez.

Barcelona are currently five points off Atletico Madrid at the top of the table.