Rooting for him! Priyanka Chopra Jonas cheered on husband Nick Jonas after the announcement that he will host an upcoming episode of Saturday Night Live. 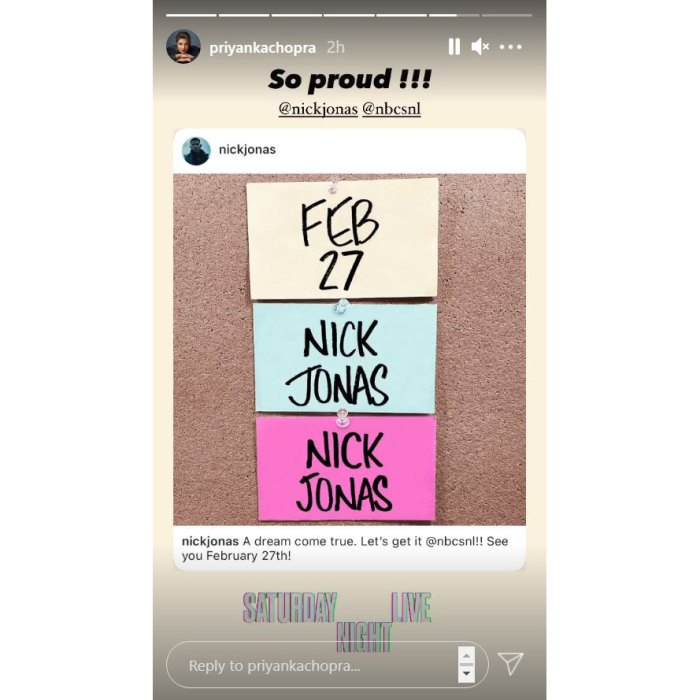 Priyanka, 38, then reposted the announcement via her Instagram Story, adding: “So proud!!!”

Nick will perform his new solo single, “Spaceman,” which is set to be released on Friday, February 25. Priyanka also showed support for the track on her Instagram Story. “Let’s gooooo!” she wrote alongside drooling, heart-eyes and fist emojis.

The Disney Channel alum previously appeared as a musical guest on Saturday Night Live with brothers Kevin Jonas and Joe Jonas in 2009 and 2019. In the interim, he performed by himself in 2016 while the Jonas Brothers were disbanded. 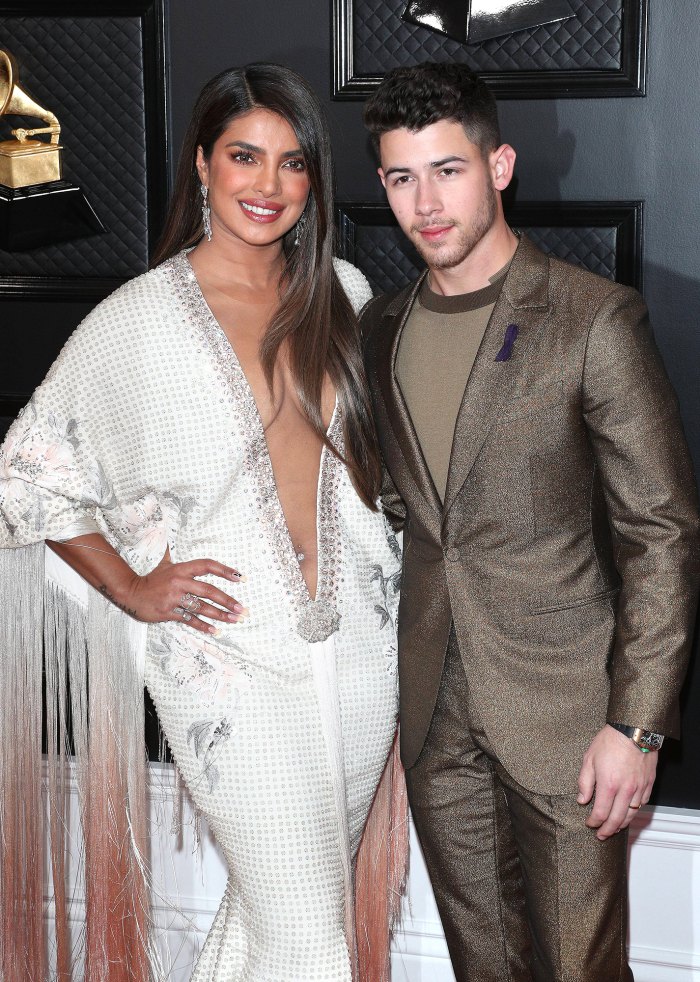 Nick and Priyanka tied the knot in December 2018. She opened up in January about how they have bonded in quarantine amid the coronavirus pandemic. “It’s great because we still like each other,” she said on The Late Show With Stephen Colbert. “That’s important.”

The Quantico alum emphasized that the lockdown has allowed them to spend more time together than they normally would. “We both have had such individual careers that I don’t think we would’ve had six months with each other ever, so that’s really a blessing,” she explained. “I was really happy to be able to have that time with each other.”

The couple are already planning their future family too. “A cricket team!” Priyanka told The Sunday Times last month when asked how many children she would like. “I do want children, as many as I can have. A cricket team? I’m not so sure.”

The Isn’t It Romantic star divulged even more about her whirlwind relationship with Nick in her memoir, Unfinished, which was released earlier this month. “He swept me off my feet,” she raved. “Once we started dating, I felt like I was being carried by a giant unstoppable wave.”

While Priyanka received a direct message from the singer via Twitter in 2015 and she “consulted Dr. Google and got an in-depth tutorial” on him at the time, the two did not meet in person for another year and a half. She confessed she was “in shock” when he proposed in July 2018, but the wedding planning began promptly after she accepted.