Friendly exes! Jennifer Lopez and Ben Affleck have been spending time together after the singer’s split from Alex Rodriguez, Us Weekly can confirm.

The Argo producer, 48, has been spotted on multiple occasions going to the “Jenny From the Block” singer’s house in Los Angeles, according to the New York Post’s Page Six. The pair have yet to be spotted together, but the outlet reports that Affleck gets picked up in an SUV and is then allegedly taken to Lopez’s home.

The Oscar winner met the Hustlers star, 51, on the set of Gigli in 2001. They were engaged from 2002 to 2004 and have remained on good terms since going their separate ways. Affleck gushed about his former flame when speaking to InStyle for their May cover story, which was published in April. 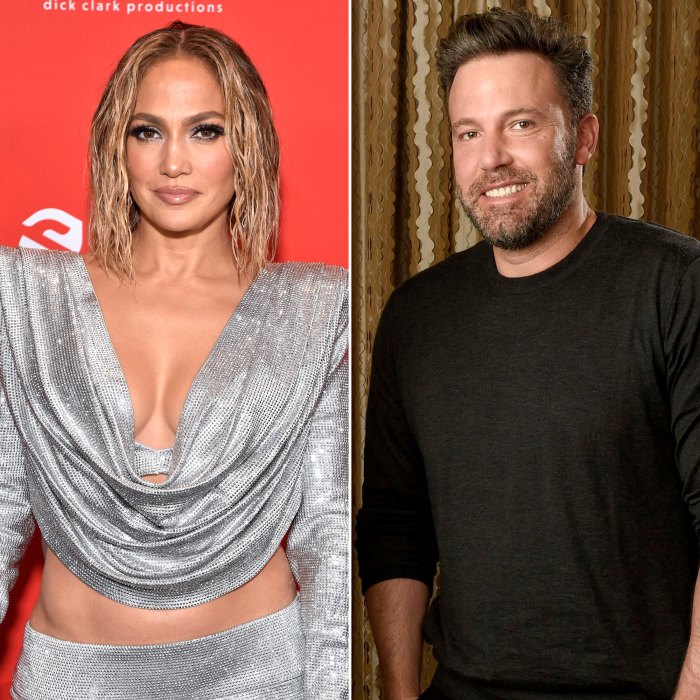 “Where are you keeping the fountain of youth? Why do you look the same as you did in 2003 and it kind of looks like I’m in my 40s … at best?” Affleck said of the Grammy nominee. “I thought I had a good work ethic, but I was completely humbled and blown away by what she was committed to doing day in and day out, the seriousness in which she took her work, the quiet and dedicated way she went about accomplishing her goals, and then how she would go back and redouble her efforts.”

The Gone Girl actor revealed that Lopez is the “hardest working person I’ve come across in this business,” noting she has “great talent” and has “worked very hard for her success.”

Following Affleck and Lopez’s split, the Massachusetts native married Jennifer Garner in 2005. The pair, who share daughters Violet, 15, and Seraphina, 12, and son Samuel, 9, separated in June 2015. They finalized their divorce in October 2018.

The Second Act star, for her part, was married to Marc Anthony from June 2004 to June 2014. The exes share 13-year-old twins Max and Emme. Lopez began dating Rodriguez, 45, in March 2017 and the pair got engaged two years later.

Lopez and Rodriguez announced the end of their engagement on April 15, after shutting down split speculation the month prior. “We have realized we are better as friends and look forward to remaining so,” the pair said in a statement to the Today at the time.

A source later told Us that the former couple’s relationship was doomed because of trust issues — Rodriguez was accused of having an affair with Southern Charm’s Madison LeCroy earlier this year, but he never publicly addressed the allegations.

“J. Lo was always aware of the rumors of him cheating or him messaging other girls. You can say that for sure [that] played a part in why the engagement ended,” the insider told Us in April. “She wants someone who’s fully invested in her and someone she can trust when her partner is not around.”

The source added that the “On the Floor” singer and the former baseball player delayed their breakup because of their children’s close bond. Rodriguez shares daughters Natasha, 16, and Ella, 13, with ex-wife Cynthia Scurtis.

“A-Rod’s girls and J. Lo’s kids are really close, so the reason why they stayed together for as long as they did was to make their kids happy,” the insider added. “They still have love for each other that I think will never go away.”