Kim Kardashian, 40, and Victoria Beckham, 47, are two showbiz queens who rule on opposite sides of the Atlantic, and couldn’t seem more different. 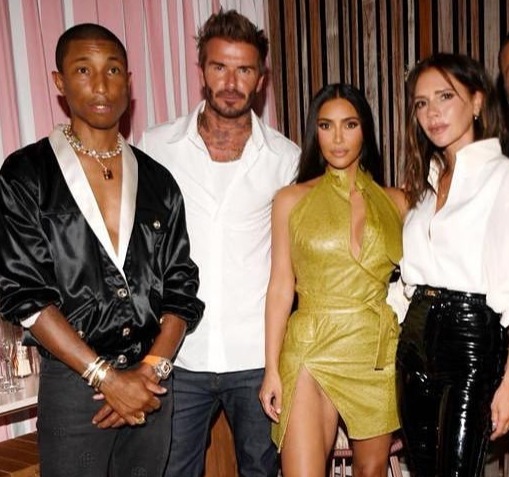 But this weekend, their two worlds collided at a glitzy bash in Miami, USA, and fans were bowled over to see the two A listers pose for pictures together.

The star-studded do was to launch the new season of David’s soccer club, Inter Miami CF, and held at the Goodtime Hotel, which is co-owned by music icon Pharrell Williams.

Kim dressed in her typical style, squeezing her voluptuous frame into a teeny gold Christian Dior dress, while Posh glammed up a classy white shirt with some seriously sexy PVC trousers.

Despite their very different fashion choices, Kim has long been a fan of Victoria’s style, as these pictures show.

Kim delighted her fans – and one very Posh one in particular – when she posted a throwback picture of herself and her school friends dressing up as the Spice Girls for a talent show.

Wearing a black bandeau dress and strappy heels, the teenage Kim carried the popstar’s look off to a tee. 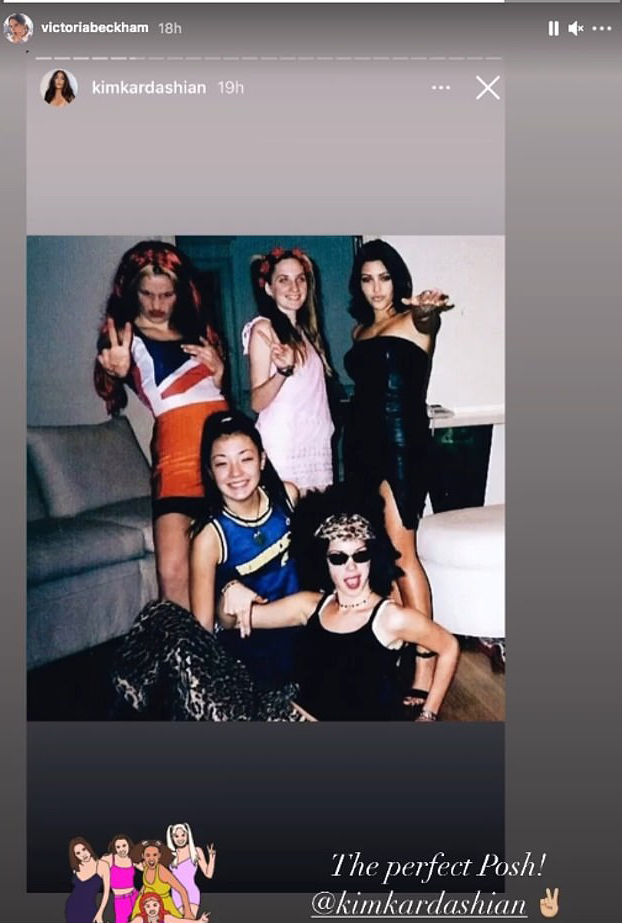 She wrote: “I’m so Thankful that me & my friends were the Spice Girls for our high school talent show! The Spice Girls got me through a lot! #ForeverThankful.’”

And even Victoria thought so, commenting Kim made “the perfect Posh.”

But as we can see, Posh Spice once adopted the tin foil look, while Kim went for metallic to promote her new Hearts fragrances in January. 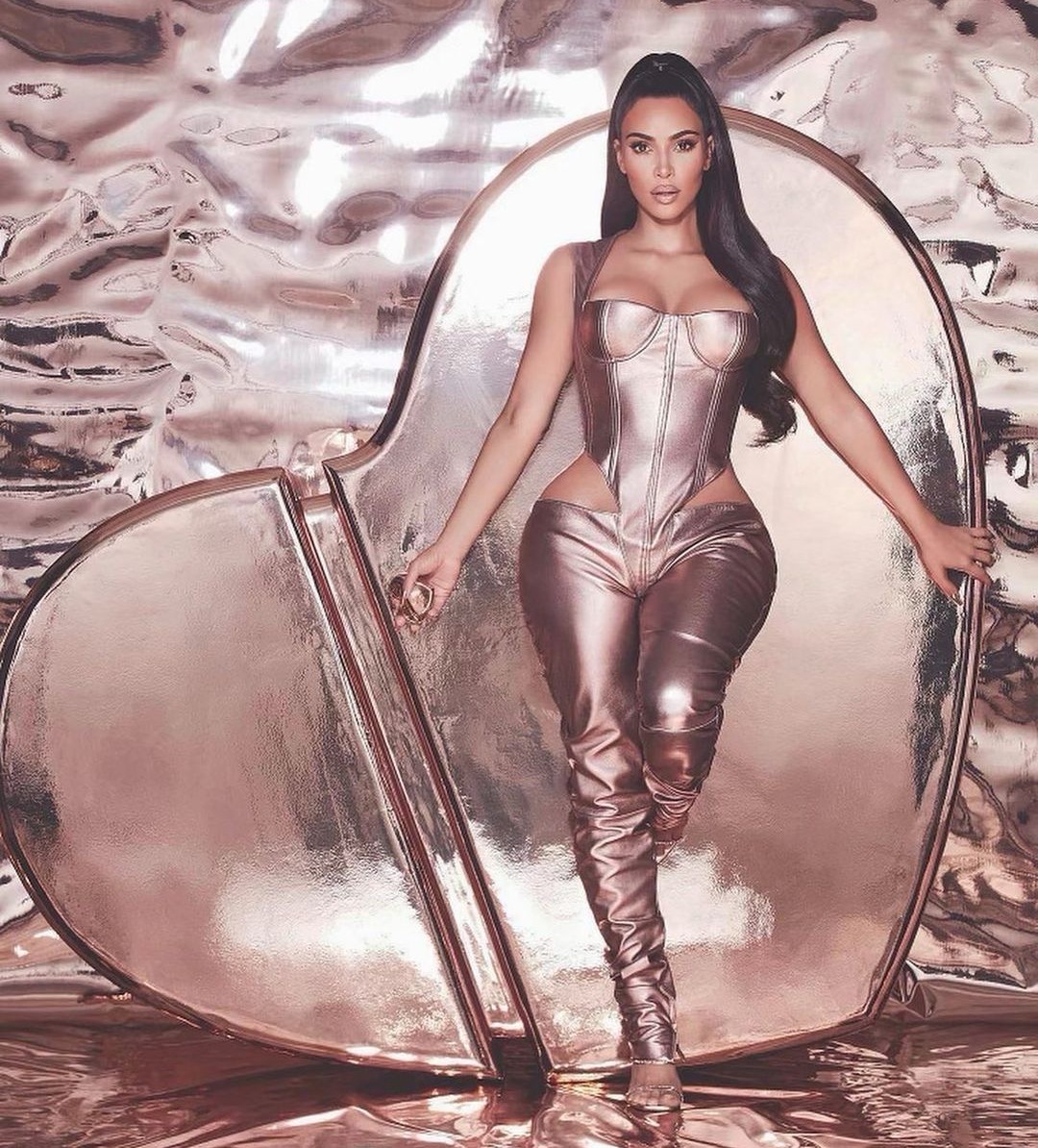 Kim hearts rose gold, but where have we seen this look before? 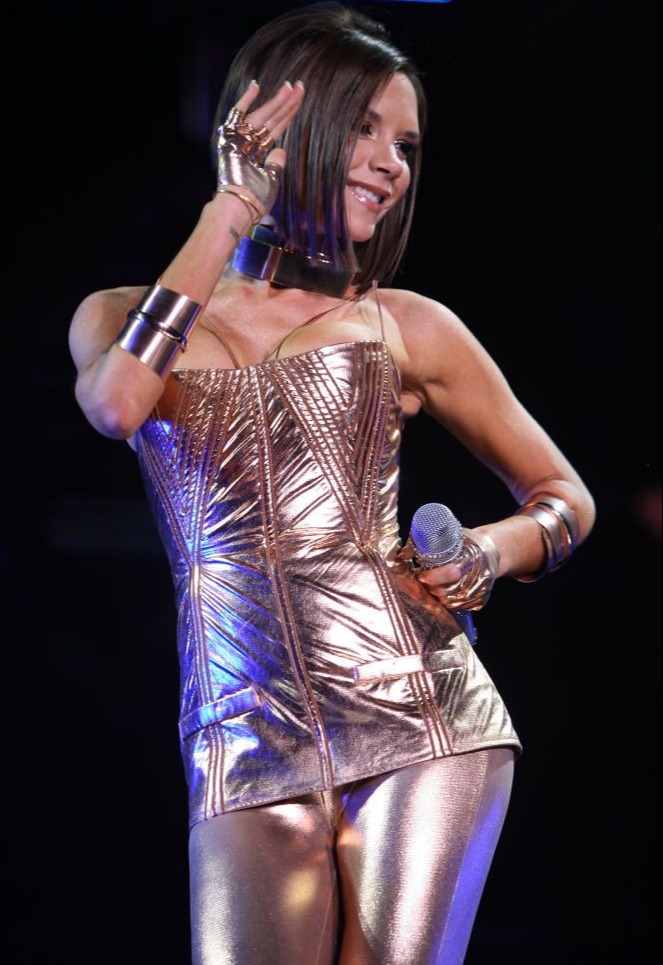 Victoria opted for rose gold for the Spice Girls’ performance at London’s O2 in 2007Credit: Getty 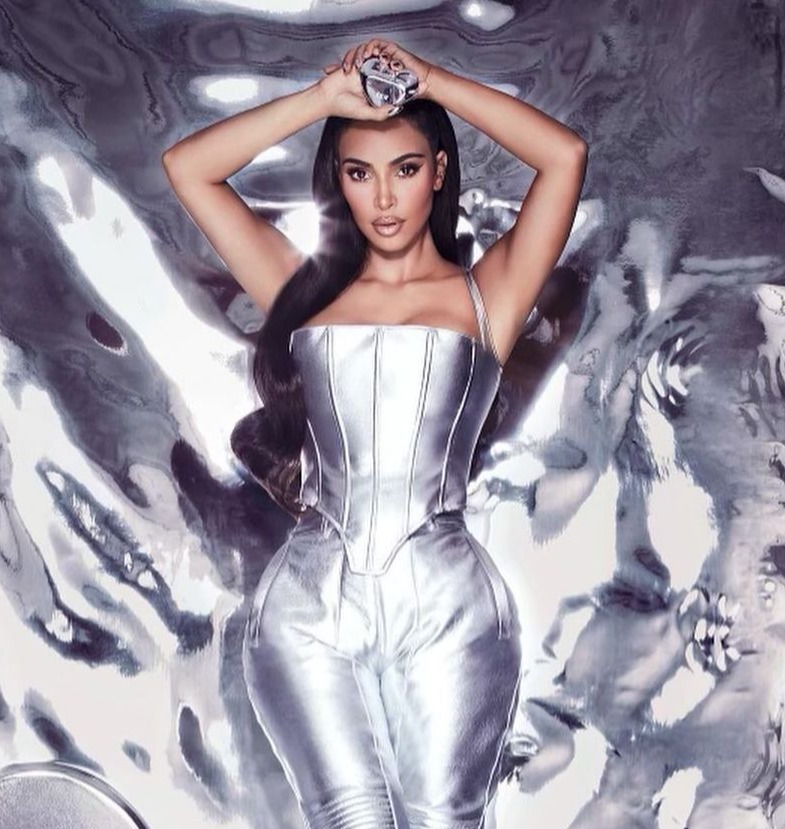 For the same fragrance campaign, Kim also went for a silver two-piece 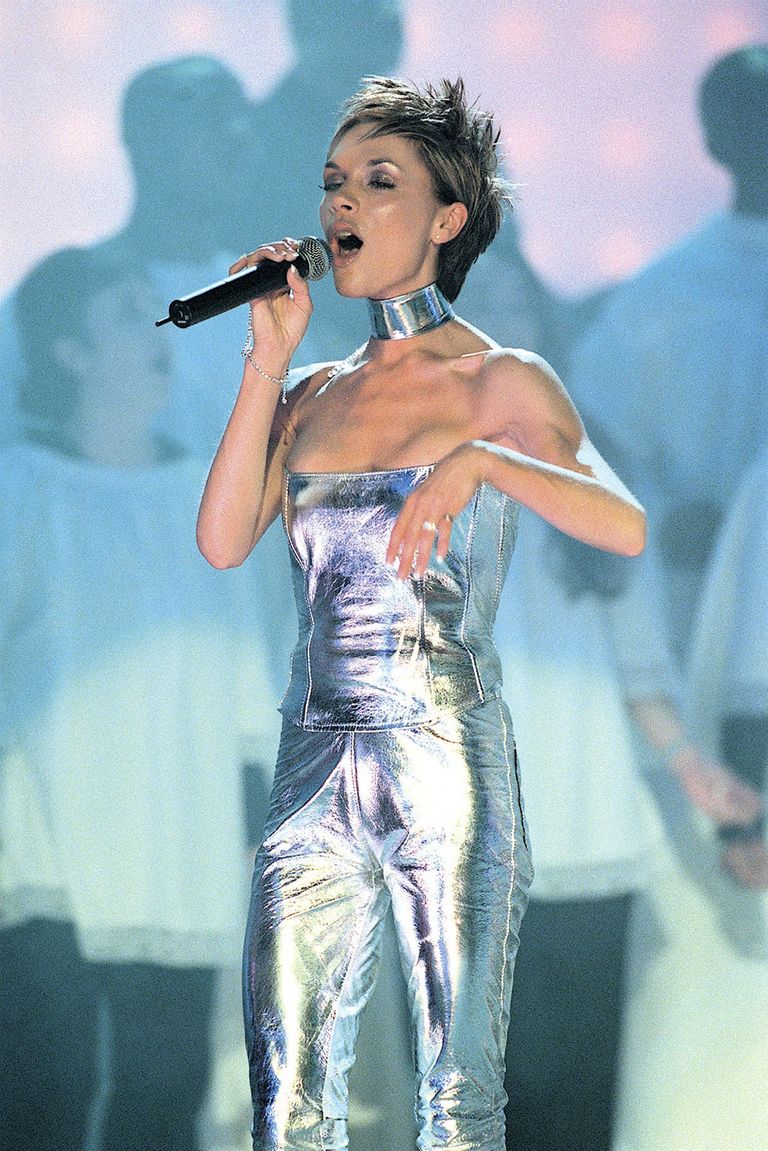 And just look who did the Tin Man look first?

Not many people could pull off a white suit, but these two ladies prove white is right.

Kim kept it cool in an all white trouser suit to visit the American capital last yearCredit: Splash 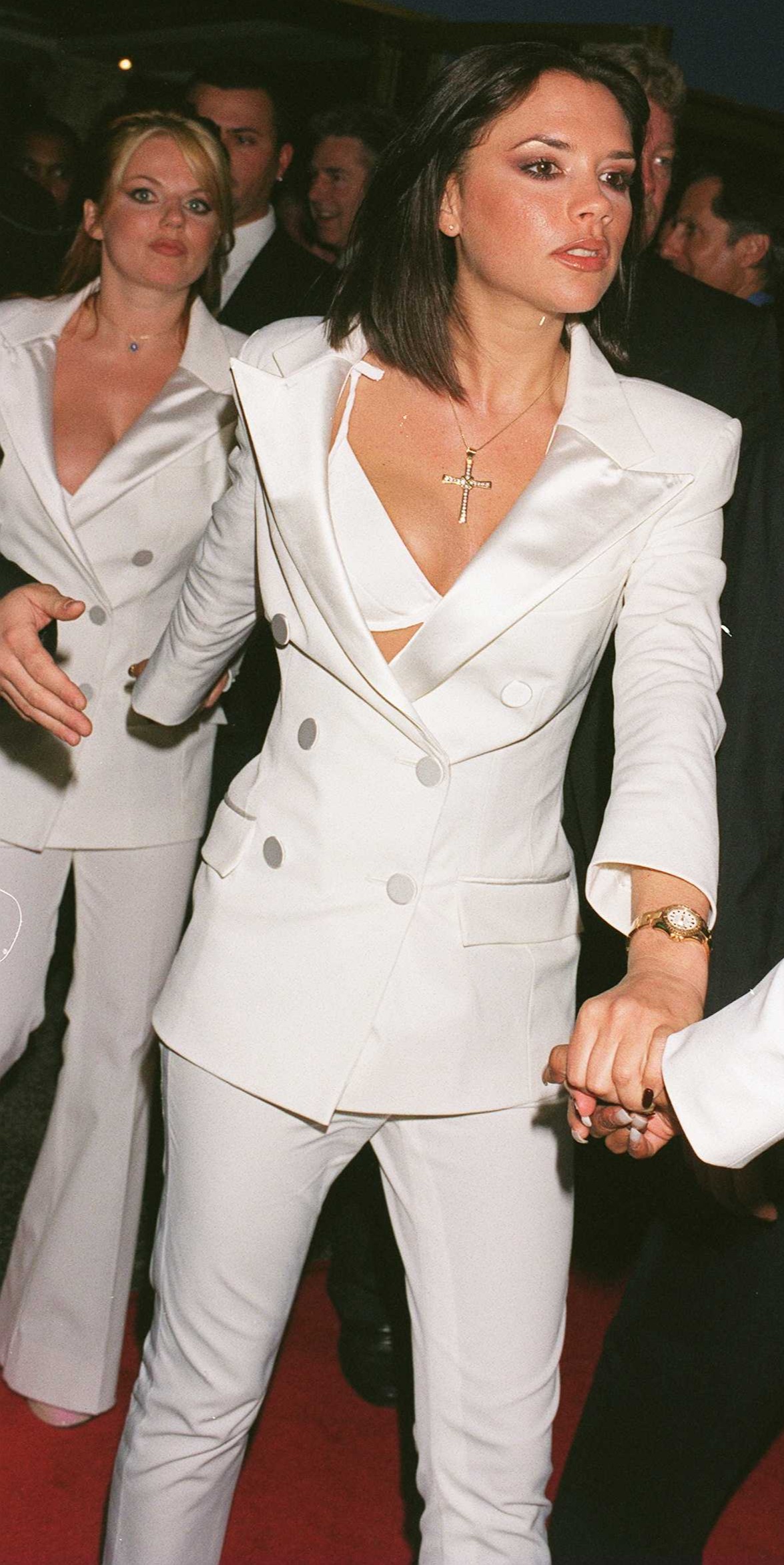 Mrs Beckham loves tailoring, something she discovered back in 1998 when the girls wore white trouser suits to the after-party of their Spice World movie premiere.

More recently, she has adopted a more sophisticated version of the classic style, like the one she sported at the People’s Choice Awards in 2018.

The Keeping Up with the Kardashian’s star turned into a scarlet woman for a night out in Malibu last autumn. She teamed a figure-hugging cut-out red top with skintight red leather trousers.

It was a look Posh once tried during her solo career. She wore a cut-out top and matching trousers for a performance of her 2001 single Not Such an Innocent Girl.

No stranger to skintight leather, Kim looked stunning in this red ensembleCredit: Splash 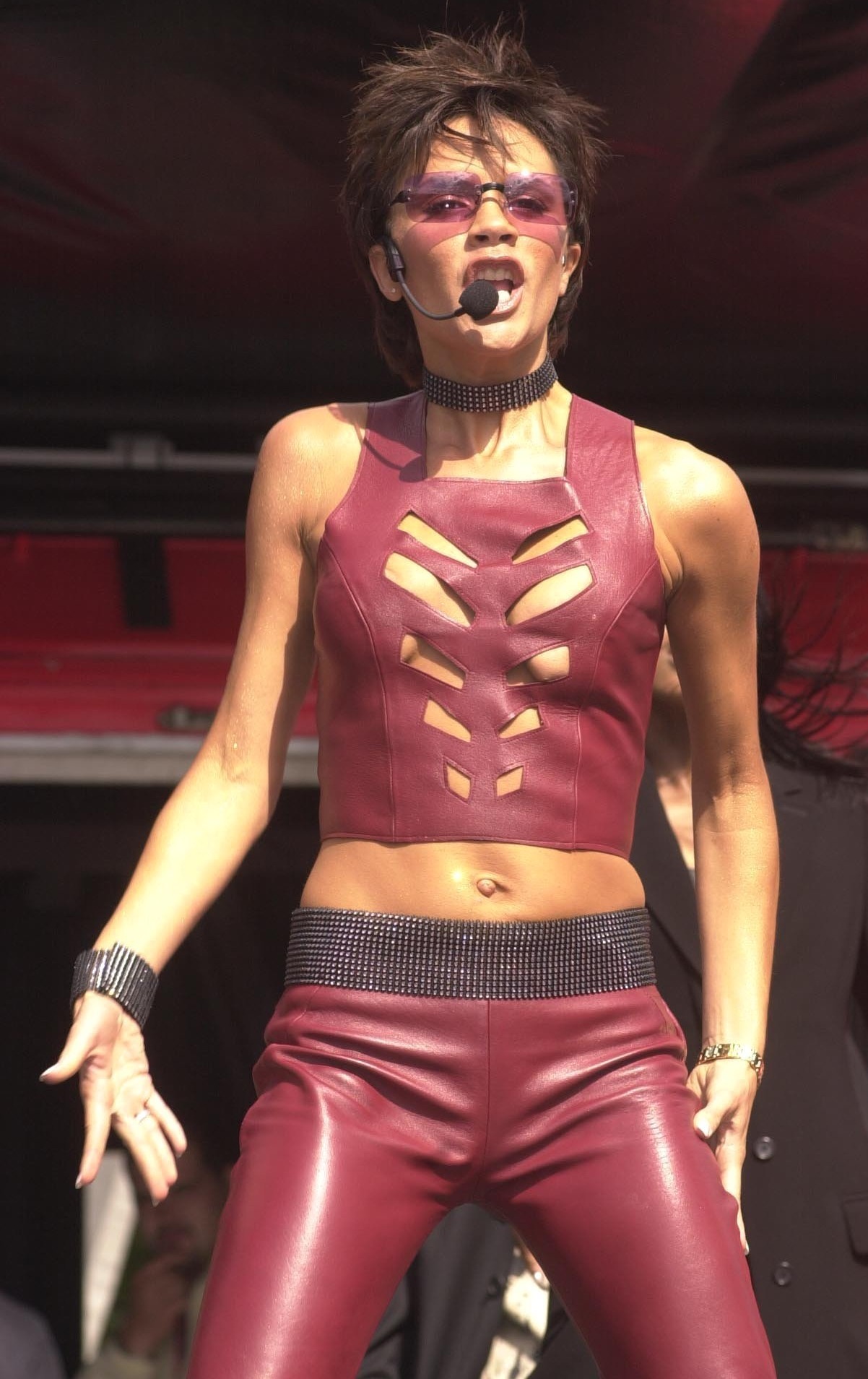 Twenty years have passed since Posh went rock with this daring numberCredit: Rex

All eyes were on Victoria Adams, as she was known then, and her footballing ace fiance David Beckham in January 1998 when they announced their engagement. 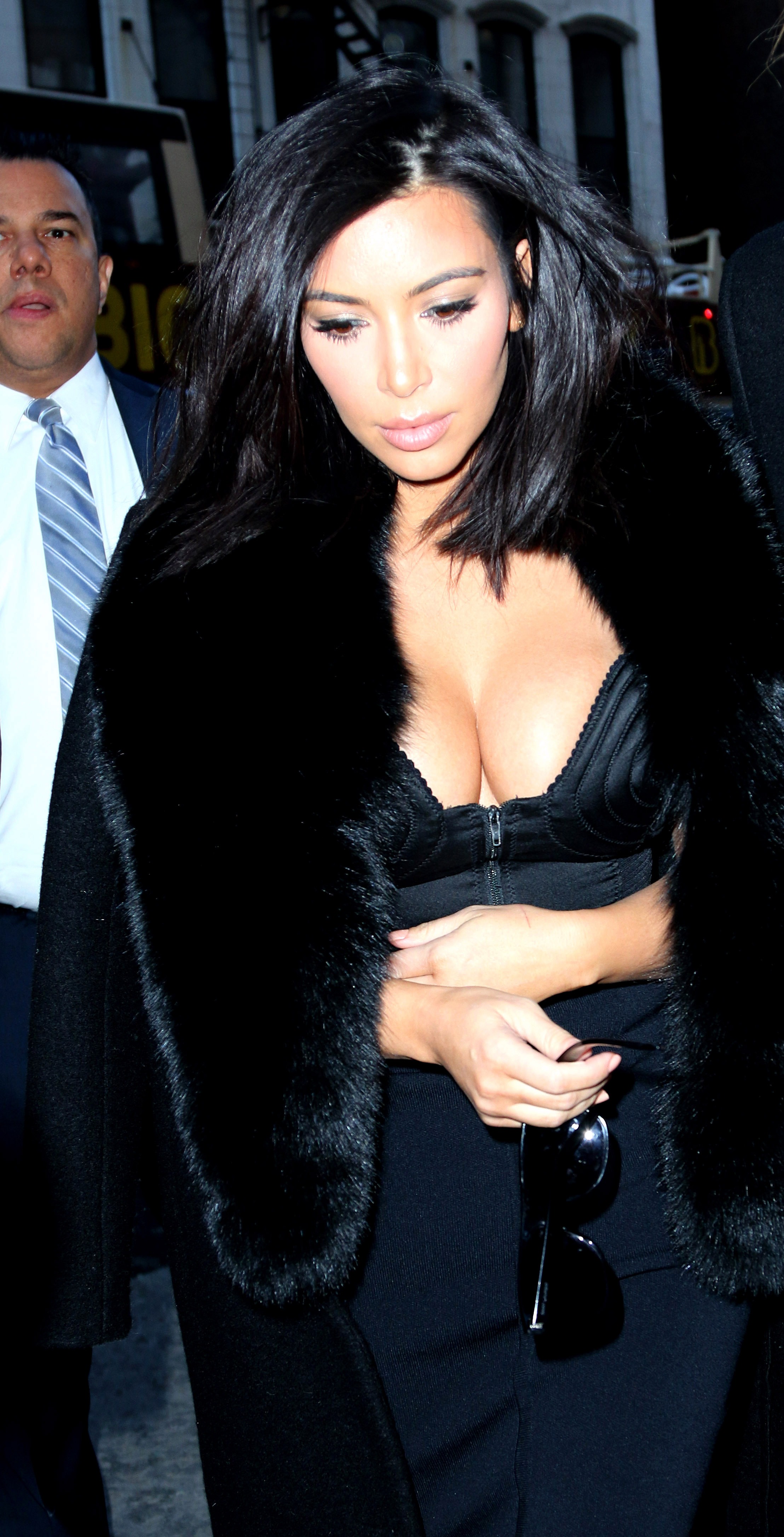 Kim wrapped up in a black coat and matching fur stoleCredit: NYZS/FAMOUS

It’s a look we saw in 1998 when Posh and Becks announced their engagementCredit: Rex

Wearing head-to-toe black, Vic wrapped up for the winter weather in this long coat with a cosy fur trim.

Seventeen years later, and Kim K reworked the look as she stepped out in Los Angeles to film Keeping Up with the Kardashians. 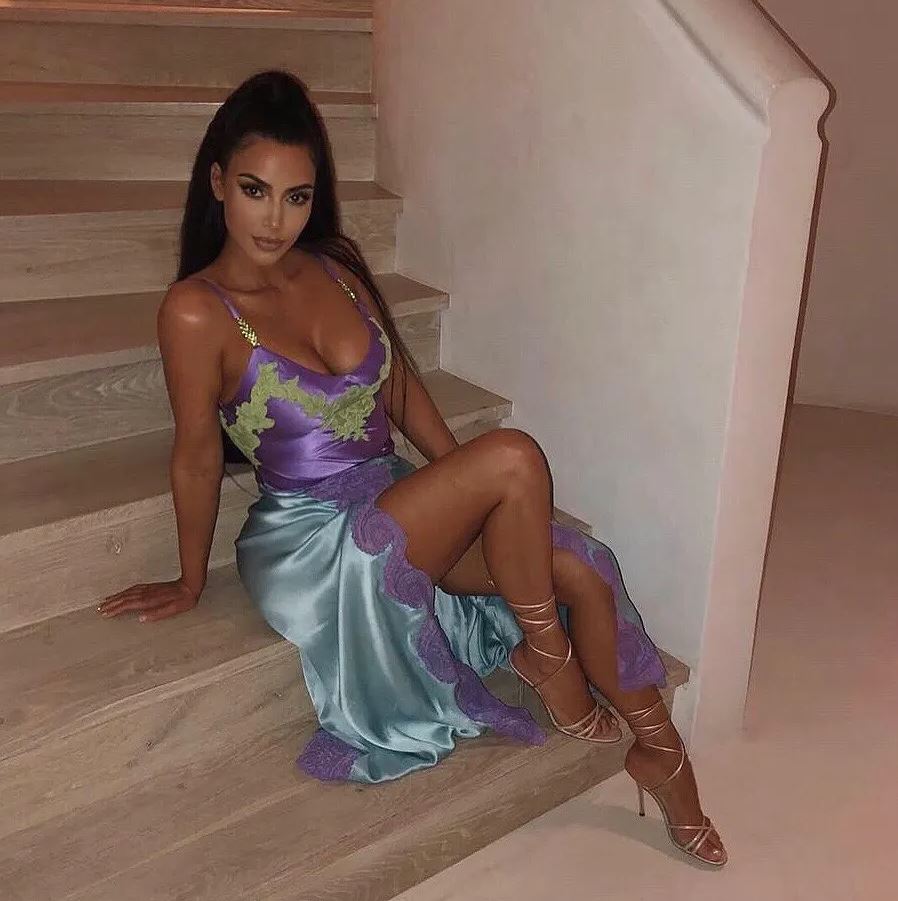 Kim looks the picture of elegance in this slip with lace detailingCredit: Instagram

Pretty in pink, but similar in style to a dress Kim later woreCredit: Getty

Both ladies have turned to their slinky side.

Kim wore a beautiful pastel Versace gown to the wedding of Chance the Rapper in 2019. Naomi Campbell had previously worn the same dress.

Posh also worked a silky slip, trimmed with lace. She wowed fashionistas with her choice of outfit to the Vogue Fashion Awards in New York in 2000.

The-mum-of-four might prefer to keep covered up now, but back in the nineties, Victoria was more than happy to expose her slender midriff. 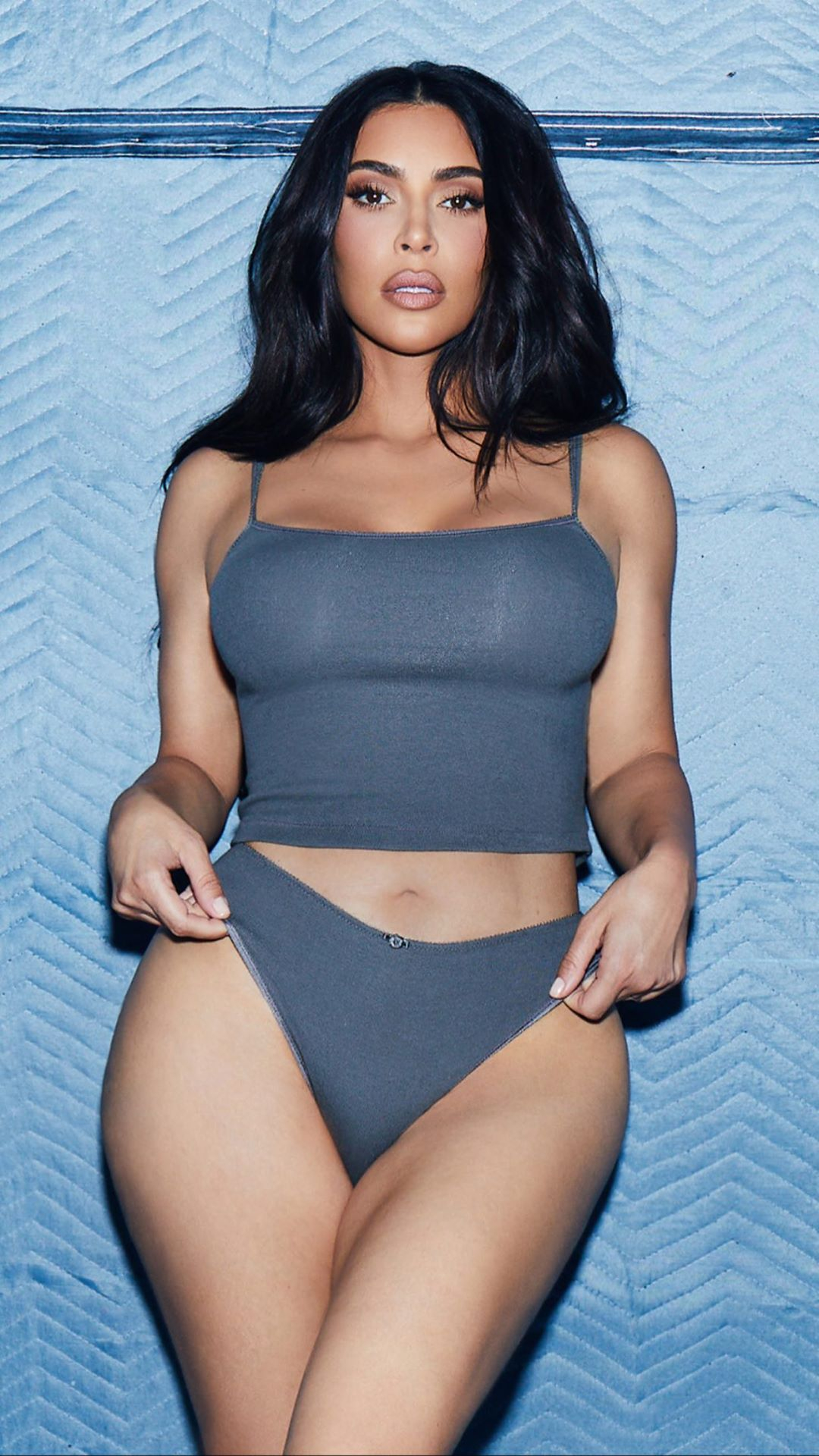 Kim isn’t afraid to flash her midriff in a simple vest topCredit: Refer to Caption

Posh was known for her black outfits during the Spice Girls heydayCredit: Redferns

They’ve worn snakeskin and leopard print, but there was definitely some crossing over when it came to zebra print.

Posh brought out her wild side in a Michael Hoban monochrome mini at the MTV Movie Awards in LA in 2007. Kim copied the zebra look for an appearance on Late Night with Jimmy Fallon.

While Kim might look to Posh for her fashion tips, Victoria has also followed in the reality queen’s stylist steps.

Kim wore this Balmain leopard-print skirt to the Vogue Foundation Gala in July 2014, having put her own spin on the skirt by shortening it.

Victoria wore the full-length version a few months later, teaming it with a plain black shirt and heels.

This time it was Posh’s turn to copy Kim, wearing a longer version of the same skirtCredit: BackGrid