“She was working on bringing everyone back together, and at one point, they were on speaking terms again,” a source tells Us Weekly exclusively of the former racing driver, 38, who “helped mend” the tension between her then-boyfriend, 36, and his relatives. “Now, who knows what’s going on.”

Patrick was first linked to the Green Bay Packers player during the 2017 holiday season, shortly before Us confirmed their romance in January 2018. After more than two years together, Patrick’s rep told Us in July 2020 that the duo were “no longer together.” News of the breakup came days after the Wisconsin native unfollowed Aaron on Instagram. 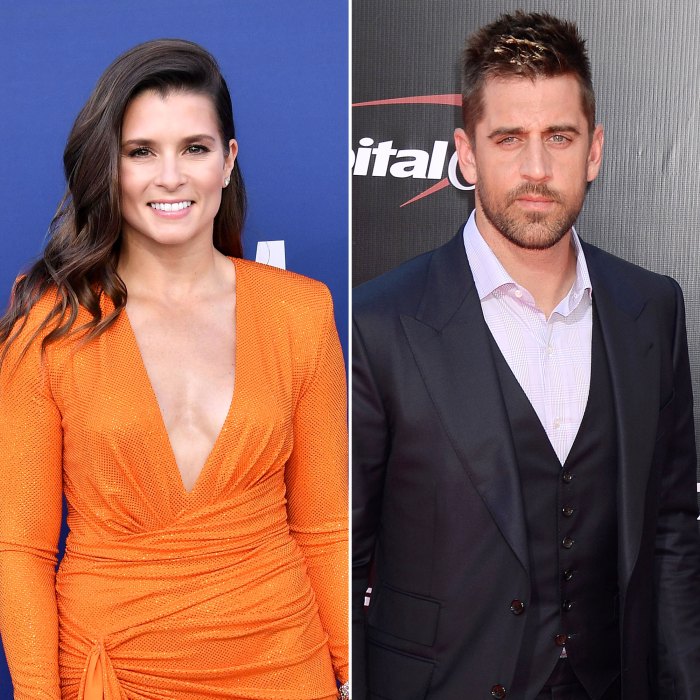 Before they called it quits, the Super Bowl MVP’s family drama took a toll on the “Pretty Intense” podcast host. “It was tough for her to be in a relationship with somebody who’s not close to his family,” the source adds. “But she was there for him no matter what.”

It’s still unclear what caused the rift between the NFL star and his younger brother, 32, who hinted that he doesn’t keep in close contact with Aaron during season 12 of The Bachelorette in 2016. Luke Rodgers, the eldest sibling, also didn’t shy away from discussing the state of their family dynamic.

“It pains both of us, like, not to have that relationship [with Aaron] – we miss our brother,” Luke said when Jordan returned for his hometown date now-fiancée JoJo Fletcher. “I trust that God brings things full circle and that everything would just get back to us being a family.”

At the time, Aaron told a local news station that he found it “a little inappropriate” for his family to discuss personal matters on national TV. “I’m not going to speak on those things, but I wish him well in the competition,” he added. 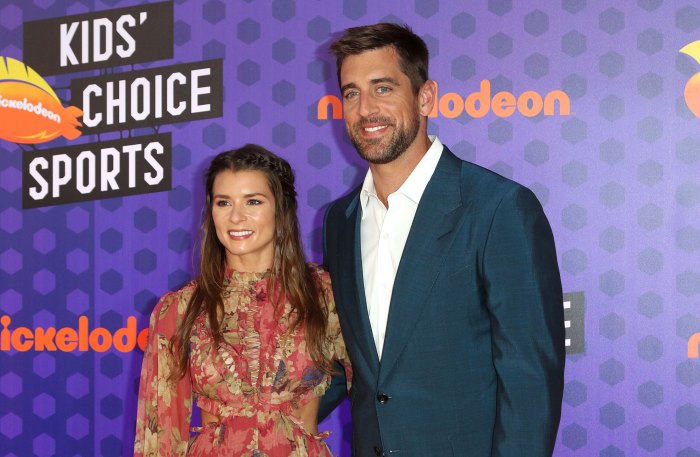 Following his split from Patrick, the quarterback moved on with Shailene Woodley. Us confirmed in February that they were officially an item after they were first linked last summer. The same month, the Big Little Lies actress, 29, told Jimmy Fallon that she and Aaron had been engaged “for a while.”

“We met during this whacky, whacky time and all the stadiums were closed that he was playing in. I didn’t really grow up with sports, especially American sports. It was never really on my radar,” Woodley said on The Tonight Show Starring Jimmy Fallon. “When we met, also, I knew he was a football guy, but I didn’t know, like, what kind of a football guy he was. And I’m still constantly learning.”

As the pair dive into wedding planning, Aaron’s complicated relationship with his siblings has prompted plenty of questions.

“Aaron is still thinking about which family members to invite. It’s something that’s weighing heavily on him,” a second source exclusively revealed earlier this month. “It’ll for sure be a special day and it would be wrong of him to not invite his family. … Whether they decide to come [is] up to them.”

Patrick, for her part, isn’t rushing to find The One. “She’s single at the moment and she’s enjoying life,” the first source says, noting that the ex-NASCAR racer “has completely moved on” from her previous relationship. “She doesn’t have any thoughts about Aaron and Shailene. … She believes in moving forward in life, not looking back in the past.”

Duchess Kate Was ‘Peacemaker’ for William, Harry at Philip’s Funeral

How William, Harry Showed Each Other Support at Philip’s Funeral